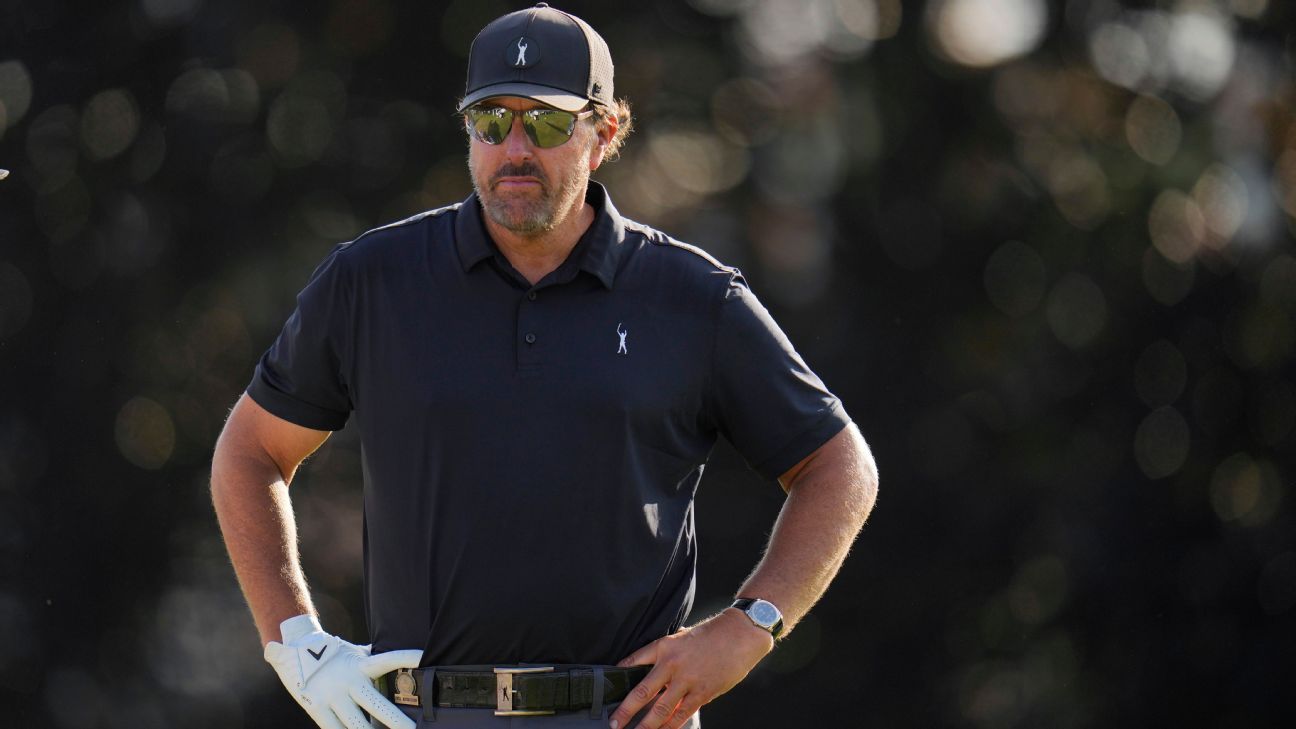 BROOKLINE, Mass. — There was a lot going on in the first round of the 2022 U.S. Open. The requisite drama around Phil Mickelson? Check. A few tossed clubs? You bet. Kids running off with defending champion Jon Rahm‘s ball on the 18th hole? OK. Wild turkeys on the course? Sure.

Canadian Adam Hadwin (4 under) holds the lead after one day at The Country Club in Brookline, Massachusetts. Hadwin is in the field as an alternate and had a one-shot lead over Rory McIlroy and four others. McIlroy, who won the RBC Canadian Open last week, was one of those throwing a club on Thursday, during a motivated first round that saw him score 67. McIlroy held the lead for most of Thursday afternoon and is looking for his fifth major title.

“I’m going into [Friday] with the mindset of let’s keep it going, rather than where is the cut line or whatever,” McIlroy said. “If you don’t get off to a great start, those thoughts start to creep in. It’s certainly a different mindset when you get off to a good start, and yeah, I’ve just got to keep it going.”

What will happen in the second round? We’ll find out.

Lefty and the LIV crew

Playing on his 52nd birthday, and with drama swirling around him, Mickelson carded a 8-over 78 and was tied for 144th place among 154 golfers. Without a low score Friday, he is in danger of missing the cut.

Mickelson is among 15 golfers in the field this week who are playing in the controversial LIV Tour.

The LIV Golf players in the field this week, for the most part, struggled through the opening round of the U.S. Open. How bad was it? They nearly combined to shoot their name.

The 15 LIV players put up a cumulative total Thursday of 53 over. Dustin Johnson (2 under) and James Piot (1 under) were the only ones among the group to break 70. Jed Morgan had the worst day, posting 12-over 82. Mickelson wasn’t much better, shooting 78. Louis Oosthuizen, who was playing with Mickelson, went around in 77.

Making it look easy from DEEP 👀 @BKoepka is off to a fast start @USOpenGolf. pic.twitter.com/6VDPNYaEpY

Long birdie putts are all the rage this morning at The Country Club!@JustinThomas34 (+1) decided to get in on the act. #USOpen pic.twitter.com/13qNA4itrf

The U.S. Open likes to say it is the toughest test in golf. High rough often leads to high scores. Enter PGA champion Justin Thomas at the 10th hole, where he started his second round on Friday.

According to shot data provided by the USGA, that one went, oh, 5 feet. Thomas went on to make an opening double bogey. He followed that with a bogey at the 11th and another at the 14th.

They said it!: Steph Curry's brother puts respect on his name and more Quotes of the Week