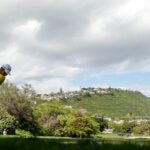 Hideki Matsuyama is No. 1 in the FedEx Cup standings after his win in Hawaii.

As the PGA Tour heads back to the mainland for the first time in 2022, we have our first look at the PGA Tour stats leaders for the 2021-22 season. Thanks to his sublime week in Hawaii, Hideki Matsuyama has jumped to the top of the FedEx Cup standings while also racking up his third top 10 of the season in the process. Here are 3 other players among the stat leaders who caught our eye:

1. Chan Kim. In two starts in 2021-22, Kim has finished 15th (at the Zozo) and MC (at the Sony last weekend), but not for lack of pop in his driver. The USC graduate who plays mainly on the Japan Tour is leading the PGA Tour in driving distance (to be fair, yes, in only eight recorded rounds) with a mighty average of 329.3 yards per poke.

2. Russell Henley. Although Henley couldn’t seal the deal at the Sony Open, he’s still putting together a solid ’21-22 campaign. The 32-year-old’s second-place finish in Hawaii was his second top 10 in his last three starts, and thanks to four sub-68 rounds, he’s dropped his scoring average to 69.19, trailing only on Matthew Wolff on Tour this season.

3. Jon Rahm. Rahm’s schedule has been light thus far this season, but in his few appearances he’s shown no signs of rust. The top-ranked player in the world makes several appearances in the below top-10 lists, highlighted by him converting an absurd 80 percent of scrambling opportunities. No. 1 is doing No. 1 things.

Here is the rundown of the PGA Tour’s stats leaders in 10 key categories. 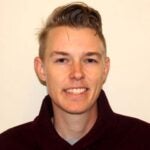 5 picks I love at the American Express, according to a professional gambler