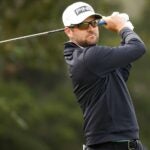 Do you like Corey Conners this week? Our expert does.

After kicking off the year with a record-breaking birdie fest on Kapalua, the PGA Tour puddle jumps to Oahu this week for the Sony Open, at Waialae Country Club, where the red numbers should continue to come in bunches.

Designed by the Golden Age great Seth Raynor, Waialae has been lengthened in the modern era, but the extra distance in today’s game has not been a major safeguard against low scoring. Waialae’s terrain is mostly flat. The greens are ample, with more muted iterations of template holes found on other Raynor courses, including a relatively mellow Redan and a comparatively benign Biarritz.

To defend itself again the world’s best players, Waialae depends instead on firm and windy conditions, but even those won’t likely stop the guys from going deep.

Kevin Na, who claimed the crown here last year with a four-day total of 21-under par, will be back to defend his title against the likes of Hideki Matsuyama, Webb Simpson and last week’s winner (and this week’s odds-on favorite) Cameron Smith.

You know who else is back?

Erick Lindgren, GOLF.com’s expert prognosticator. A star of the professional poker circuit, with more than $10 million in career earnings, Lindgren has shown himself to be a shark at golf wagering, too. Last year, he picked five outright winners in this space, among other winning bets.

Time to tee it up again.

This year, we’ll be playing the same game with Lindgren. Every week, we’ll give him a $1,000 gambling budget (just play money). In return, he’ll give us — well, you — his five best bets for the event. Here are his plays for the Sony, which kicks off Thursday.

(Looking to play any of these bets yourself? We teamed with BetMGM and the online sportsbook is offering a ‘Risk-Free Bet’ of up to $1,000)

A second-place finisher here in 2019, Putnam was rounding into form last year. Lindgren likes him to pick up where he left off.

Lindgren is still kicking himself for not going heavier on Conners last year. But he’s learned his lesson. A long, straight hitter, Conners, Lindgren says, is also a beast on Bermuda. A $4,400 payout would be a nice start to the season.

There are horses for courses, and Steele has been a thoroughbred at the Sony Open, with a runner-up finish in 2020 and a T4 last year. “Let’s see if he can keep it rolling at a nice price,” Lindgren says.

As tough as it is to win on Tour, it’s even tougher to repeat. But Lindgren likes the fact that Na over-performed last week at Kapalua on a course where he had struggled in the past. Now, one of the best closers in the game is back at a venue where he knows he can win.