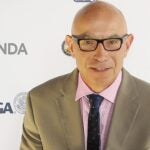 Tim Rosaforte spent time at Sports Illustrated, Golf Digest and Golf Channel during his long career as a golf journalist.

On Tuesday, longtime golf writer and reporter Tim Rosaforte died after a battle with Alzheimer’s disease. He was just 66 years old. The veteran golf insider, who golf fans knew best from his long tenure at Golf Channel, had a wide-ranging impact on the game of golf, and condolences and memorials poured in when news of his passing broke.

Among those honoring Rosaforte’s life were numerous PGA Tour pros across multiple generations, including one player who Rosaforte covered throughout his career, Phil Mickelson.

“Tim was one of the best at what he did,” Mickelson tweeted on Tuesday. “He lifted those up around him and shared insight into the game of golf from an interesting and positive point of view. He will be remembered by so many he came in contact with and we are all better for having known him. RIP Tim.”

But Mickelson wasn’t the only pro who felt compelled to pay his respects to Rosaforte. Graeme McDowell called him a “great man” who will be “dearly missed,” and Bryson DeChambeau offered his thoughts and prayers to “an amazing reporter and a respected journalist.”

Journalists and the golfers they cover sometimes have a contentious relationship given the nature of the work they do, making the outpouring from the pro ranks a testament to the sterling reputation Rosaforte crafted over his long career, not just among his colleagues but his subjects as well.

You can read a sample of heartfelt messages shared by Mickelson, McDowell, DeChambeau, Justin Thomas, David Duval, Zach Johnson and many more below. 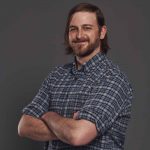 As managing producer for GOLF.com, Cunningham edits, writes and publishes stories on GOLF.com, and manages the brand’s e-newsletters, which reach more than 1.4 million subscribers each month. A former two-time intern, he also helps keep GOLF.com humming outside the news-breaking stories and service content provided by our reporters and writers, and works with the tech team in the development of new products and innovative ways to deliver an engaging site to our audience.