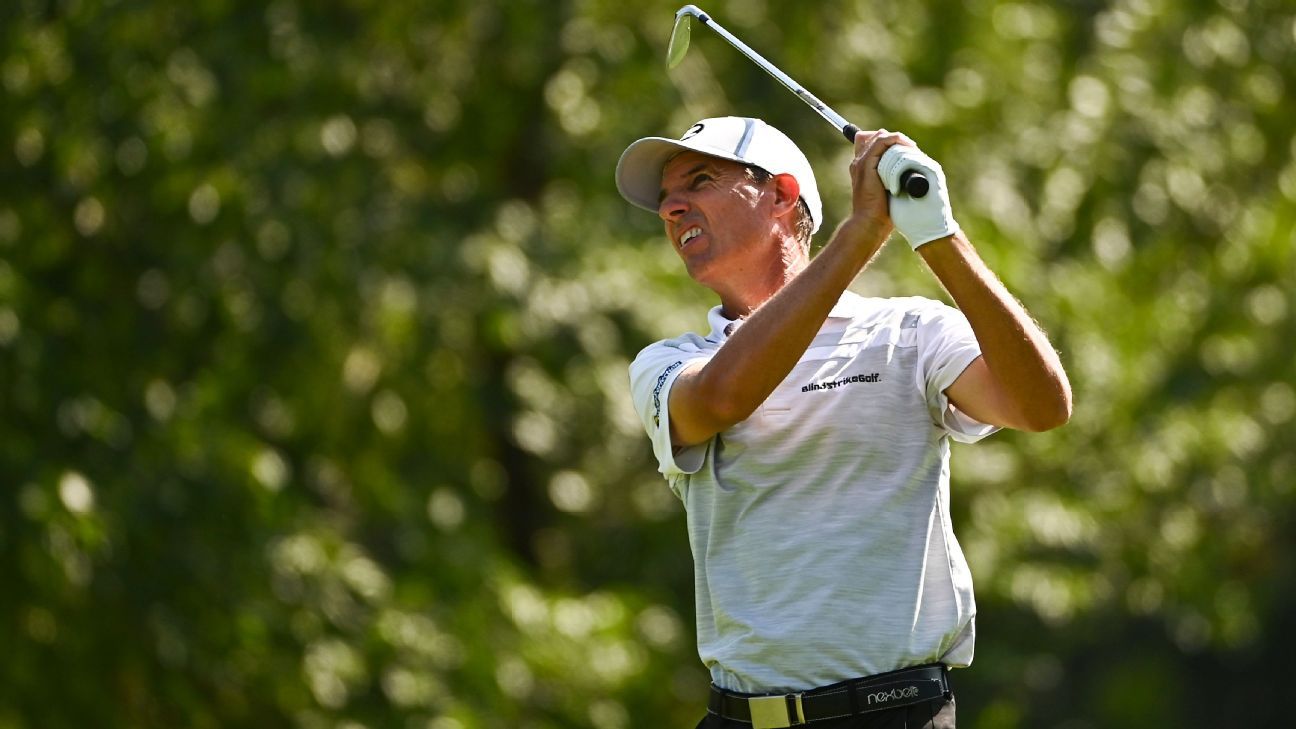 IRVING, Texas — Steven Alker moved into position for his second straight PGA Tour Champions victory Saturday, shooting a 5-under 66 in windy conditions to take a two-stroke lead in the ClubCorp Classic.

The winner three weeks ago in the Rapiscan Systems Classic in Mississippi, Alker played the four par-5 holes in 4 under with an eagle on No. 3 and birdies on 10 and 18. The 50-year-old New Zealander had an 8-under 134 total at Las Colinas Country Club.

“It was a little bit topsy-turvy actually,” Aljer said. “I struggled in the middle a little bit today, but my short game held me in there. Made some nice putts, good par saves.”

Alker won the TimberTech Championship in November for his first senior title. He has six top-five finishes in his last eight events, finishing second in the season-ending Charles Schwab Cup Championship and season-opening Mitsubishi Electric Championship.

“I think it’s going to be windy again,” Alker said. “Just a lot of patience and just one at a time. The old adage, just stick with it. Obviously, I’m going to need a few under.”

First-round leader Jerry Kelly (70) and Lee Janzen (68) were tied for second. Finishing on the back nine, Janzen birdied Nos. 2 and 3 to get to 8 under, then bogeyed the fourth and sixth.

“We’ve seen the wind all week and it’s a challenge,” Janzen said. “The greens are pretty firm and fast, so you have to be very careful on where you put the ball. So I tried to be very careful about where I left the ball for two days. I knew it was going to be a battle, one shot at a time.

Hataoka cashes in on Ko's meltdown in LA Open