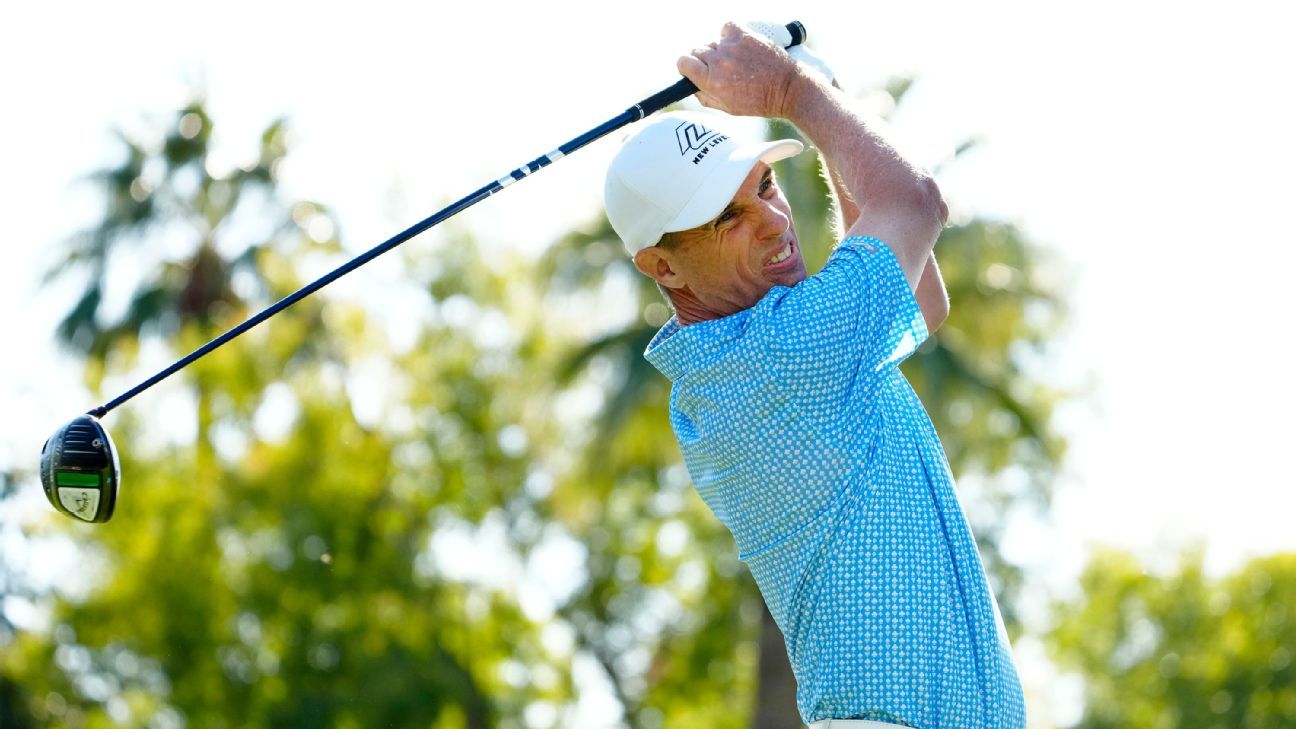 PHOENIX — Steven Alker played golf around the world on whatever tour would have him.

He started at home in New Zealand in 1989, had stints on the PGA Tour, in Europe, Asia, Canada, minor league circuits — anywhere he could keep alive the dream of playing professional golf.

Alker’s circuitous path reached a pinnacle on the PGA Tour Champions, where a late-career mulligan allowed him to transform from journeyman to champion.

Alker shot 3-under 68 to finish third behind record-setting Padraig Harrington in the Charles Schwab Cup Championship on Sunday to claim the season-long Schwab Cup.

“I’ve played everywhere I think that kind of helped today, in a way,” Alker said. “It’s been an amazing journey and just to be here is amazing.”

To claim the Charles Schwab Cup, Harrington needed to win and have Alker finish outside the top five. The 51-year-old Irishman took care of the winning by running away from the field, shooting 65 in breezy conditions at Phoenix Country Club.

He finished at 27-under 257 to break the PGA Tour Champions 72-hole record of 258 set by Tom Lehman at the 2012 Schwab Cup Championship. He also matched Jack Nicklaus‘ record of 27 under at the 1990 Kaulig Companies Championship.

“To play with Padraig was difficult because, do I chase him? Do I protect?” Alker said. “I just tried to play my game as good as I could. He played amazing and deserved to be champion.”

Alker trailed Harrington by five shots heading into the final round, but the players behind were his only concern in terms of the Schwab Cup.

It got tight on the back nine.

Alex Cejka made an early move, opening eagle-birdie to move ahead of Alker on the front nine.

Alker had his first bogey of the tournament when he had to punch out after his tee shot on the par-4 12th landed against the lip of a fairway bunker. He added another on the par-3 13th hole, dropping to 17 under.

That put Lee Janzen a shot behind Alker, with Miguel Angel Jimenez two back and Stephen Ames still within reach at 14 under.

Alker gave himself more of a cushion with a 15-foot birdie putt on the par-4 14th and added another at the short par-4 16th. The 51-year-old Kiwi left a birdie putt on No. 18 on the lip to finish at 19 under and claim the Schwab Cup in his second season on the 50-and-over tour.

“The pressure’s been on him right from the start of the year all the way through,” Harrington said. “He had a lead and several of us were catching him all year. It’s very impressive that he’s not just held on, but he’s won in style.”

The PGA Tour Champions gave Alker another opportunity in a career that took him around the world, including three seasons on the PGA Tour and two in Europe. His best year was 2014, when he earned $261,901 on what is now the Korn Ferry Tour, and he reached his highest world ranking at No. 191 in 2002.

Alker started his PGA Tour Champions career as a Monday qualifier at the Boeing Classic in August 2021, picking up a top-10 finish that earned him a spot in the following week’s tournament. He followed with four more top 10s to keep playing, earned his way into the postseason and eventually won to secure a full card.

The confidence snowballed into this season, when he won five times while earning more than $3.3 million.

Alker arrived in the desert with a lead of more than 600,000 points over Harrington in the race for the Schwab Cup and played nearly flawless golf through the first three days. He entered the final round trailing only Harrington, who shot a 9-under 62 in the third round.

Harrington kept pouring in birdies, turning the front nine in 3-under 33. He added another at No. 12 and curled in a slick 40-foot birdie from the fringe on No. 15.

Harrington hit into the grandstand left of the par-5 18th and, after a drop, hit his pitch to 12 feet. He missed the putt and the chance to break Nicklaus’ record.

“It’s nice to hold the record with Jack Nicklaus,” Harrington said. “Kind of glad I didn’t beat him.”

Alker never had a chance to catch Harrington, but he didn’t need to. He kept playing his steady game and ended up with the bigger trophy.

Korda rallies to win Pelican, returns to No. 1