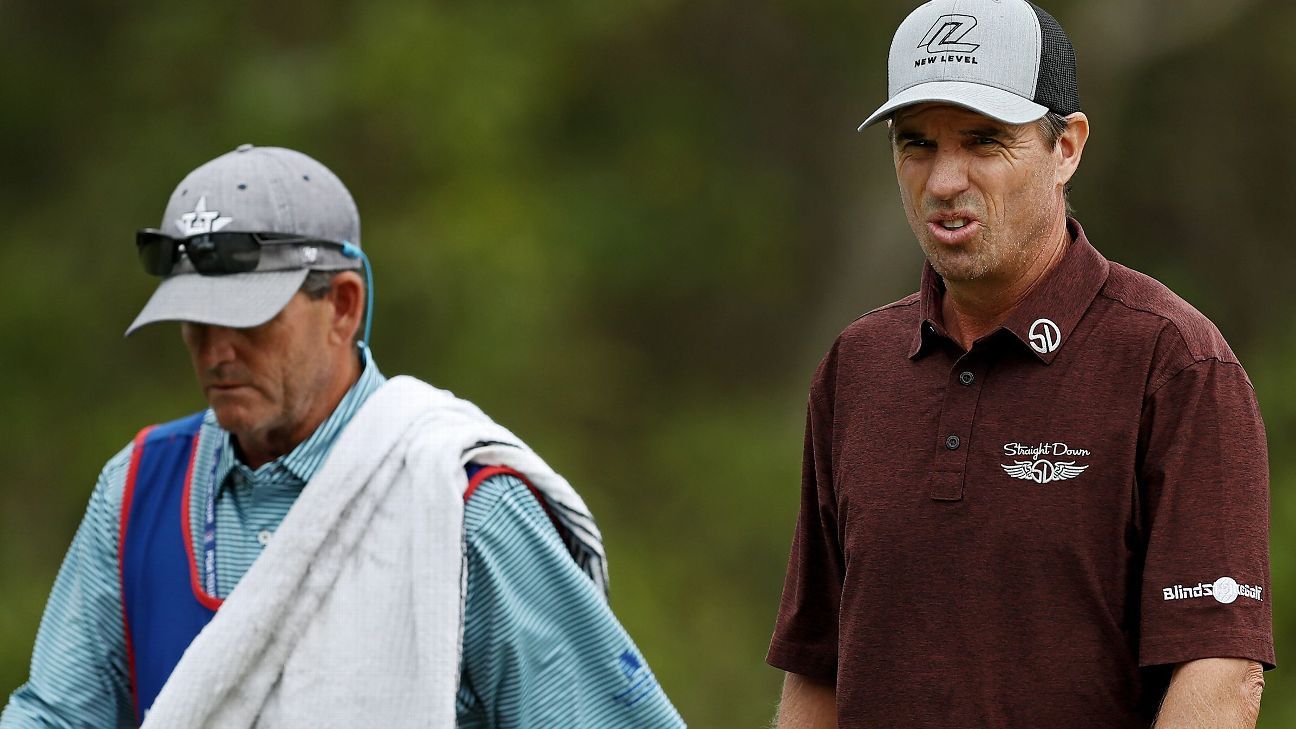 BILOXI, Miss. — Steven Alker shot a tournament-record 10-under 62 on Saturday to take a 1-stroke lead over Bob Estes after the second round of the Rapiscan Systems Classic.

Alker had an 11-under 133 total at Grand Bear Golf Club, the first-year venue after the previous 10 editions were played at Fallen Oak.

“I just kind of dialed in my irons early on and took advantage of the par-5s, and obviously putted better,” Alker said. “You always putt well when you shoot 62. I just gave myself a lot of chances. Seemed like I was inside kind of 10 feet, 12 feet a lot today and I made some nice up-and-downs at the end.”

The 50-year-old from New Zealand won the TimberTech Championship in November for his lone PGA Tour Champions victory.

“I know I’ve got to keep the pedal to the metal and just keep going,” Alker said. “As I said, I just dialed in my wedges and hit some close shots early on. That’s the key out here. You’ve just got to keep hammering away.”

He broke the tournament record of 63 set by Fred Couples in 2012 and matched by Gene Sauers in 2017.

“It would mean a lot,” Estes said. “I haven’t won a tournament since 2002 at the Kemper on the PGA Tour. … I’ve been through a lot. I’ve worked hard for the most part on my game, equipment, training, stuff like that. I’m just enjoying hitting more quality shots and putting better, too.”

Retief Goosen (67) and Paul Broadhurst (67) were 8 under. Goosen won the Hoag Classic a month ago in Newport Beach, California, in the most recent Champions event.

Padraig Harrington, set to play in the Masters next week, was 5 under after a 72. Bernhard Langer, also headed to the Masters, was even par after a 71.

Latanna Stone felt all the ups and downs, in one day, at the Augusta National Women's Amateur