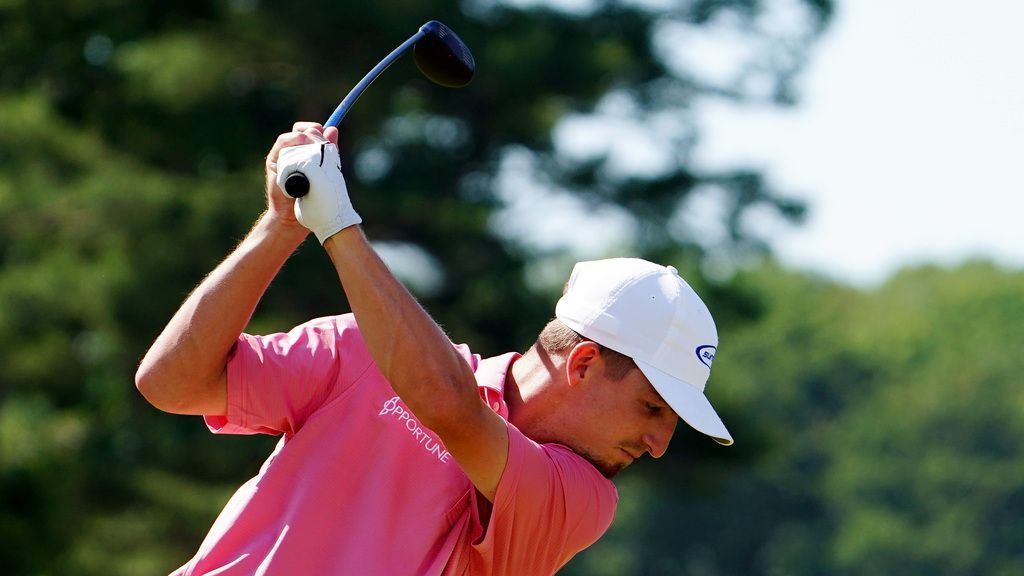 PARAMUS, N.J. — Texas A&M senior Sam Bennett took down Stewart Hagestad as he continued his march through a tough draw Friday and reached the semifinals of the U.S. Amateur.

Bennett, the No. 3 golfer in the world amateur ranking, has faced proven players all week at Ridgewood Country Club, and that’s not about to change.

Next up is Dylan Menante, the No. 8 amateur in the world, who ran off four straight holes on the front nine to beat 15-year-old Nicholas Gross, 4 and 3.

In the other quarterfinal matches, Ben Carr held off a late rally for a 2-and-1 victory over Alex Price, and Derek Hitchner advanced with a 3-and-2 win over Shea Lague. Hitchner had to survive a 15-for-11 playoff just to reach match play.

Bennett, the SEC player of the year, seized control of his match against the 31-year-old Hagestad, a two-time U.S. Mid-Amateur champion, with a birdie on the 14th hole that gave him a 3-up lead. He closed out Hagestad two holes later, 3 and 2.

The four players Bennett have beaten this week were No. 27 or better in the world ranking.

“They’re great players, but I’m a better player,” Bennett said. “No. 3 in the rankings, and I feel like I’m the best player. I’m the dog in this race. I’ve been playing the best golf leading up to here. Yesterday I was 10 under through 29. Today I didn’t quite have it, but I got the job done.”

Hagestad and Bennett, who both made the cut in the U.S. Open at Brookline earlier this summer, were a combined 21 under par (including concessions in match play) going into their quarterfinal match.

Hagestad took an early lead when Bennett made bogey on the fourth hole. That turned out to be the only hole he won. Bennett took his first lead with a bogey at No. 8. He won the 11th with a par and his 15-foot birdie on the 14th was the pivotal moment.

“He’s just really, really good at golf,” Hagestad said. “He’s got a lot of self-belief and I think he’s got a good mentality for match play … and ready to go all 12 rounds from the first tee on.”

Menante helped Pepperdine to the NCAA title in 2021 and transferred to North Carolina for his senior year. He won the Northeast Amateur at Wannamoisett for the second straight year with a 9-shot margin.

He also trailed early, by 2, before winning four straight holes — and five out of six — on the front nine, which put him in control of the match.

Hitchner, who won the Minnesota State Amateur last year, trailed for the first time all week when he lost the fourth hole. That was the only hole he trailed.

Carr built a 4-up lead until Price won three of the next four holes. Carr closed him out with a conceded birdie on the 17th hole.

The 18-hole semifinals Saturday will be followed by the 36-hole championship match Sunday. Finalists earn an exemption into the Masters and U.S. Open, while the winner gets into the British Open.