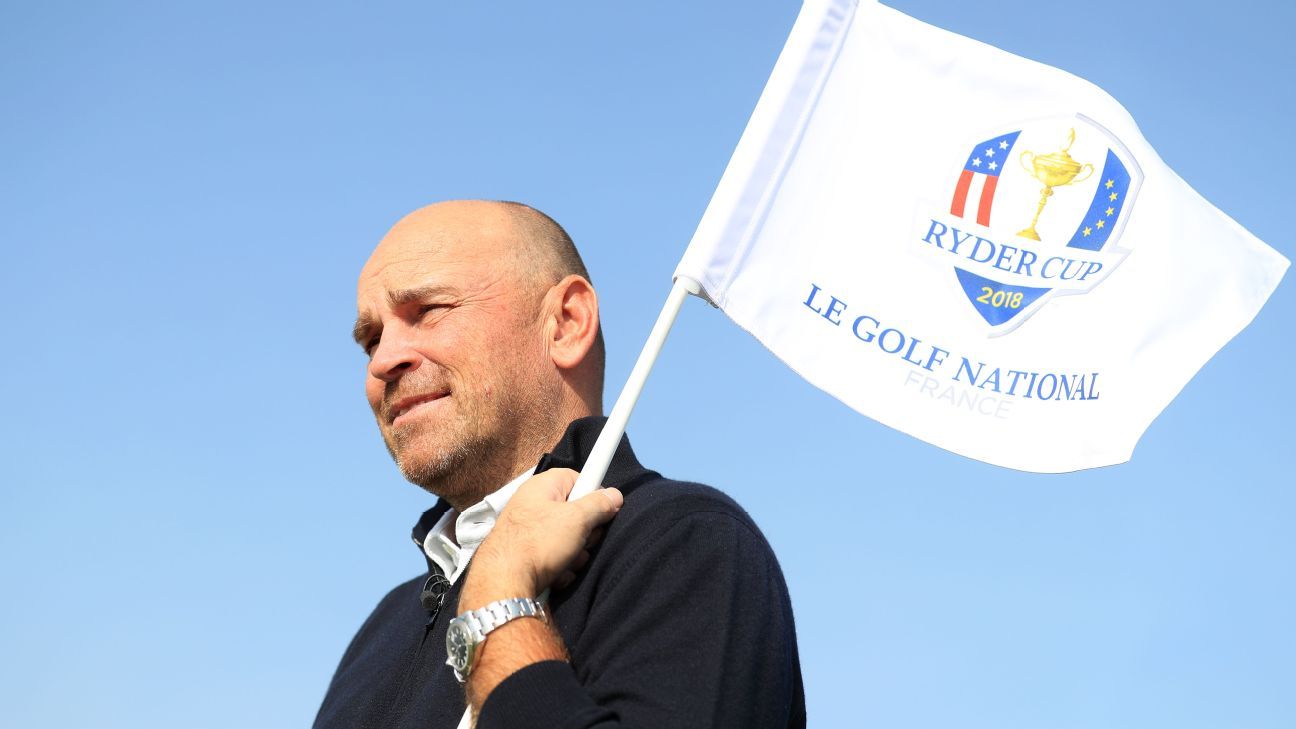 VIRGINIA WATER, England — Thomas Bjorn will be one of European captain Henrik Stenson’s assistants at next year’s Ryder Cup in Italy.

Bjorn on Wednesday became the first vice captain announced by the European team, which will look to regain the trophy from the Americans in Rome.

It will be the Dane’s fifth stint as a vice captain, while he was also captain when Europe beat the United States in France in 2018.

“I trust him implicitly,” Stenson said of Bjorn, “and I know any advice he will give me will be honest and direct. He will not simply tell me what he thinks I want to hear, and that will be important.”

Bjorn said he presumed his days in a leadership role at Ryder Cups were over after 2018.

“But Henrik called me to talk about captaincy in general,” Bjorn said, “and that led into him asking me if I wanted to do another stint as vice captain, which I agreed to.”

How to watch PGA Tour's AT&T Byron Nelson on ESPN+