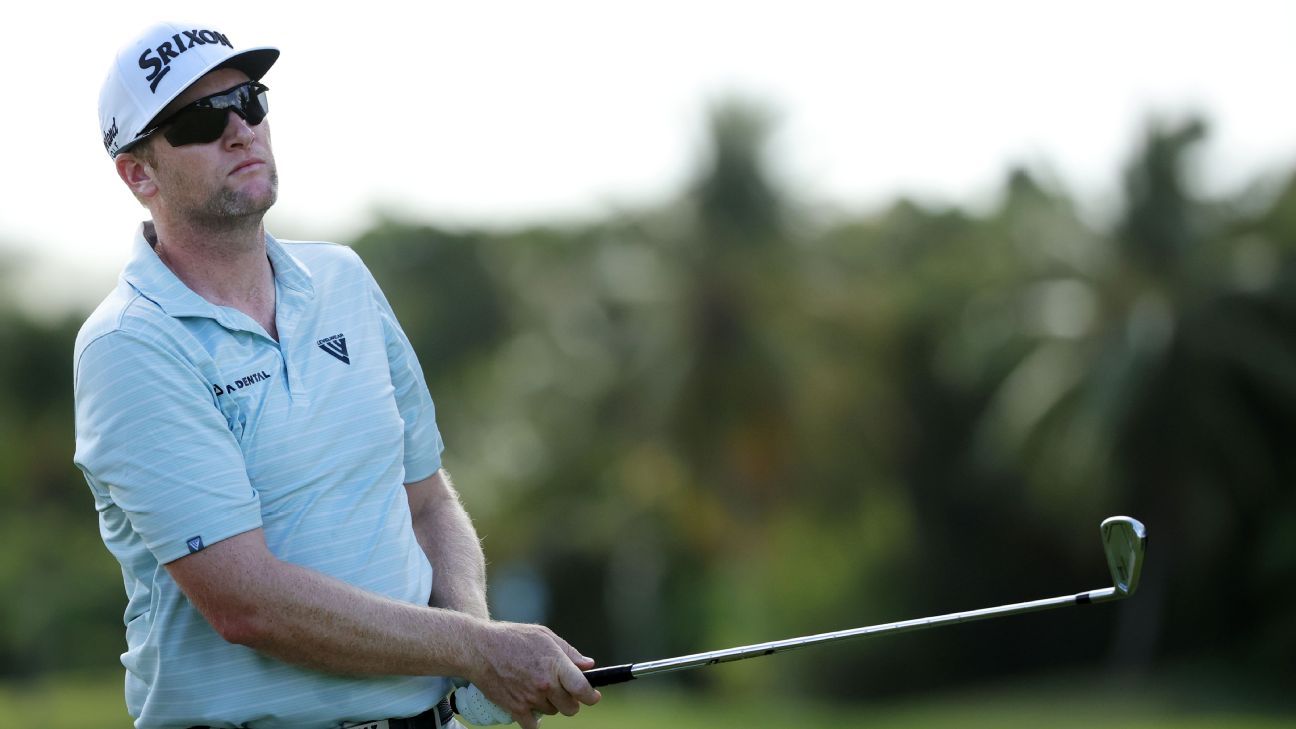 RIO GRANDE, Puerto Rico — Ryan Brehm closed birdie-eagle for a 5-under 67 and the second-round lead Friday in the Puerto Rico Open.

Brehm is making his final start on a minor medical extension and needs to win or finish second alone to retain status. He is the only player in the field bogey-free through 36 holes.

“It would be wrong to say you don’t think about it, but realistically, since the beginning of this year, we’ve just been trying to improve every day, every week,” Brehm said. “As long as we can do that, if we can take something away from each round, each situation, put some pressure on myself, we’re going to learn from it. Just enjoy the process of doing that really and we’re doing that.”

“It was kind of boring until the end,” said Brehm, winless on the PGA Tour. “I feel like I had to scramble quite a bit, had some difficult up-and-downs, got them up and down, made a few good putts for par, kept the momentum going and finished birdie-eagle. Made a bomb on the last hole. You add it up, it’s pretty good.”

Kim shared the first-round lead after a 65. Since winning the John Deere Classic in 2018, he has made only 15 cuts in 75 starts on the PGA Tour, including one stretch of 25 consecutive events without making it to the weekend. He was No. 75 in the world when he won and now is at No. 1,030.

“Obviously, it wasn’t as clean as yesterday, but got a few birdies to drop on the front nine,” Kim said. “Overall, satisfied with the round.”

University of Oklahoma senior Chris Gotterup was 8 under after his second straight 68. Making his PGA Tour debut, he won the Puerto Rico Classic collegiate event two weeks ago at Grand Reserve.

“I’m just very comfortable on this course,” Gotterup said. “The par 5s are perfect for me and I can take advantage of it when I can. And when I’m out of position, I just try to keep it in play.”

Puerto Rico’s Rafael Campos shot a 68 to get to 6 under.

The event is being played opposite the Arnold Palmer Invitational in Orlando, Florida. The winner will receive a two-year exemption and gets in the PGA Championship but will not be exempt for the Masters.