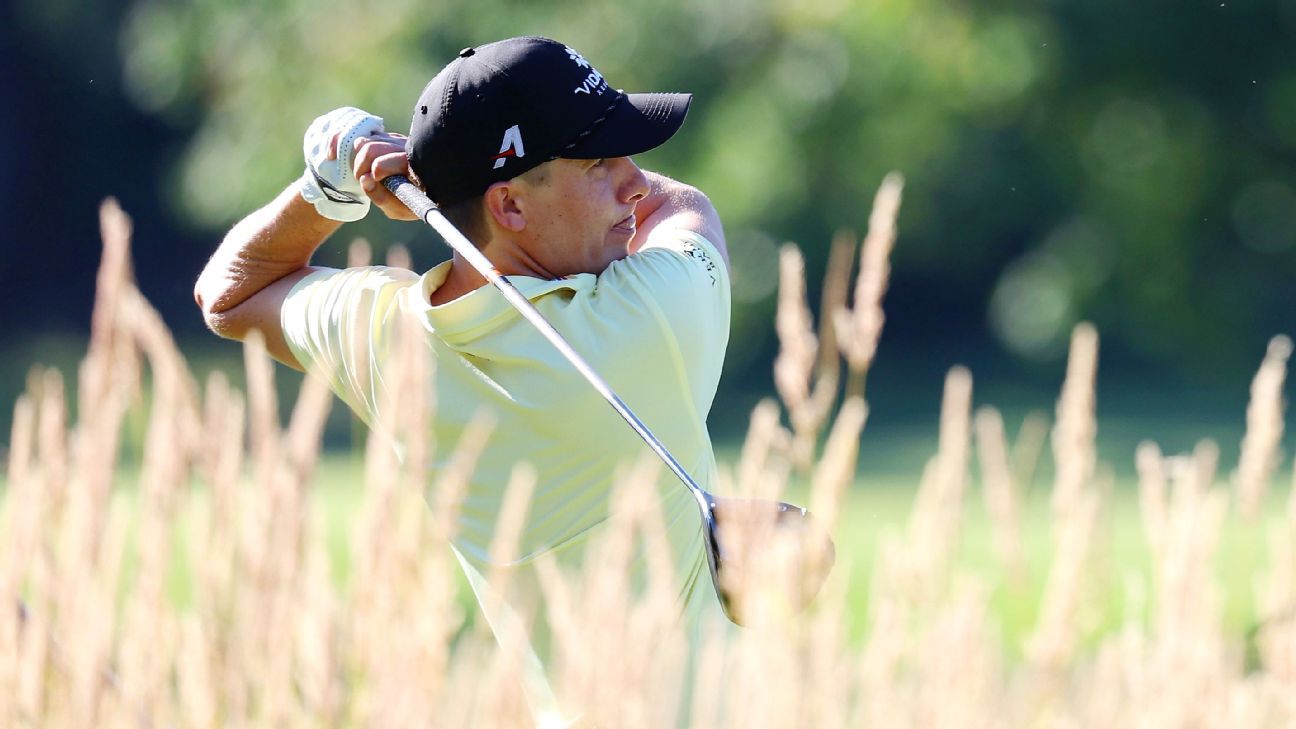 The first LIV Golf event in the United States has a first-time player in the rival series atop its leaderboard.

Mexico’s Carlos Ortiz, who was among the latest batch of players to join the LIV Series earlier this week, carded a 5-under 67 to take a one-shot lead after the opening round at Pumpkin Ridge Golf Club in North Plains, Oregon.

Dustin Johnson, who at world No. 17 is the highest-ranked player on the LIV tour, is one shot back of Ortiz after a 68 that included five birdies against just one bogey.

Ortiz, ranked No. 119 in the world, won the Houston Open in 2020 for his lone PGA Tour victory. On Thursday, his 67 included seven birdies, including four on the front.

Other notable scores from Day 1 action included even-par 72s from Matthew Wolff, Patrick Reed and Bryson DeChambeau in their tour debuts. Phil Mickelson carded a 3-over 75 and is tied for 30th in a group that includes Ian Poulter, Sergio Garcia, Kevin Na and Lee Westwood.

This marks the second LIV event. The first, held outside of London earlier this month, was won by former Masters champion Charl Schwartzel, who banked $4.75 million with the victory.

The upstart series, fronted by CEO Greg Norman, aims to challenge the PGA Tour and has lured players with big signing bonuses and rich prize purses. But critics call the tour an attempt at “sportswashing” to detract from Saudi Arabia’s human rights abuses, including the murder of U.S.-based journalist Jamal Khashoggi in 2018.

On Thursday, about 10 family members and survivors of the Sept. 11 terrorist attacks spoke at a small park honoring veterans nearby.

“This event is nothing more than a group of very talented athletes who appear to have turned their backs on the crime of murder,” said survivor Tim Frolich, who was injured in the collapse of the World Trade Center towers.

For golfers, part of LIV Golf’s allure is the money. In addition to sizable signing bonuses, the 48-man field is competing for a $20 million purse, with an additional $5 million prize fund for a team competition.

Thursday’s leaders in the team portion were a Johnson-led group that included Perez, Reed and Talor Gooch. They were at 7 under.

Because the event was played on two courses, it was difficult to get a handle on crowd sizes, and LIV Golf did not disclose attendance figures.

Mickelson, a six-time major winner and a top draw on the tour, had one of the bigger galleries on opening day.

The PGA Tour responded to LIV Golf’s challenge by suspending every active member who competed in the first LIV event. Those who play in Oregon will also be suspended unless they resign their tour memberships.

Poston stays hot, up 2 in Deere Classic after 62