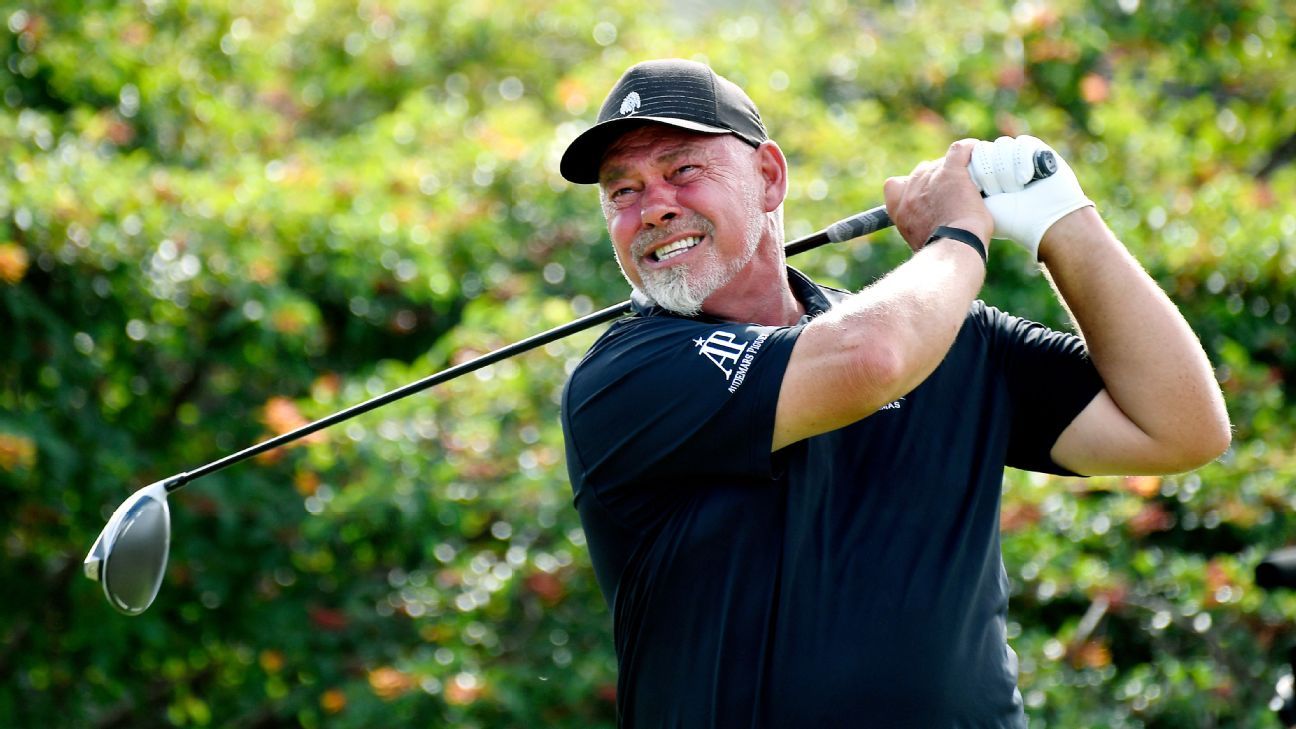 ENDICOTT, N.Y. — Darren Clarke, Jim Furyk and Vijay Singh shared the lead at 7-under 65 on Friday in the Dick’s Sporting Goods Open, with four more major champions right behind at En-Joie Golf Club.

Padraig Harrington and Duffy Waldorf followed at 66, and Ernie Els, Mike Weir, Y.E. Yang and Brandt Jobe shot 67. Waldorf and Jobe are the only non-major-winners in the top nine.

“It’s nice to win any time, but obviously winning a senior major was more special and I feel good about my game right now,” Clarke said. “That’s not to say I’ll have another couple days like I did today, but I’m going to do my best.”

“Played nicely, kept the ball in play, which you need on this golf course,” Singh said. “Just tried to make a lot of birdies.”

Miguel Angel Jimenez, the Boeing Classic winner last week outside Seattle to match Alker and Jerry Kelly for the tour victory lead with three, shot 72. John Daly, the winner of the PGA Tour’s 1992 B.C. Open at the course, also had a 72.