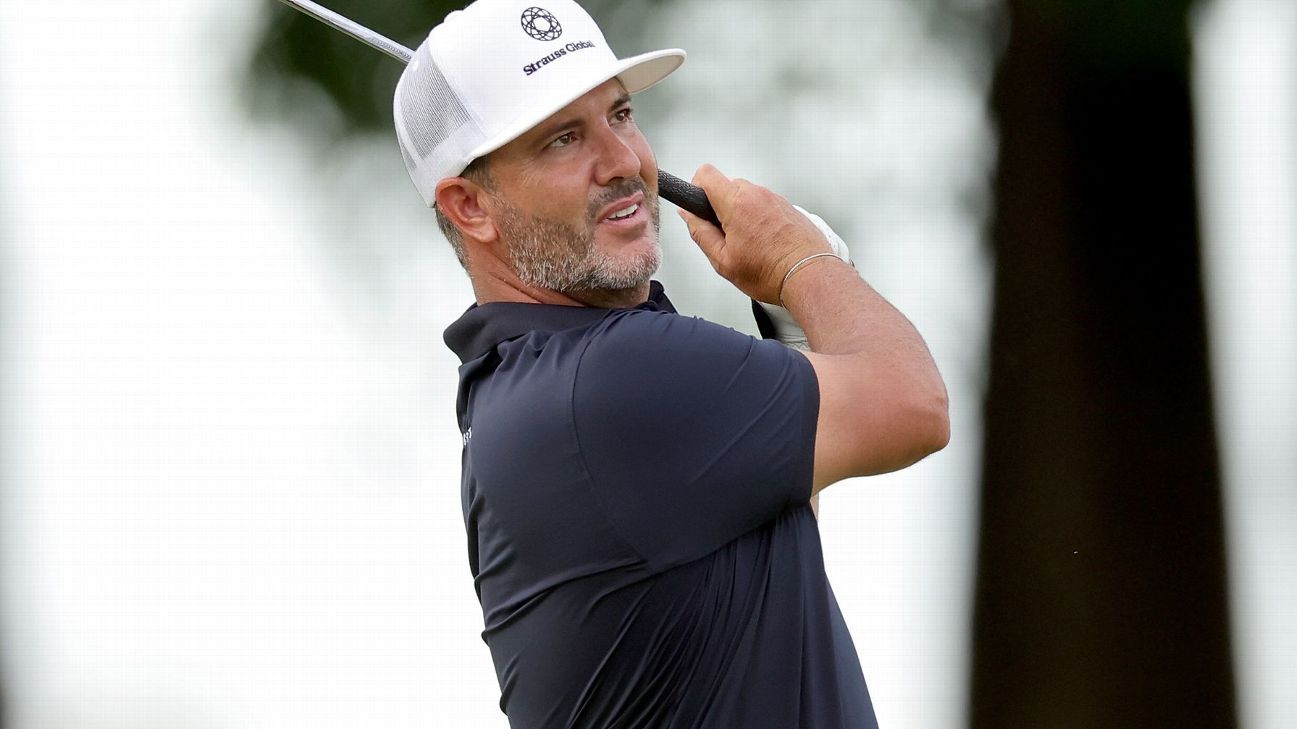 BLAINE, Minn. — Scott Piercy shot a 5-under 66 to take a 4-stroke lead into the final round of the 3M Open at rain-soaked TPC Twin Cities on Saturday in round that was delayed more than 6½ hours.

Playing through a painful blister on his right heel, the 43-year-old Piercy had an 18-under 195 total. He has four PGA Tour victories.

“I’ve had my struggles and to like prove and show that I can still do it and can do it is a big confidence boost,” Piercy said.

Emiliano Grillo was second after a 67. Tony Finau and Doug Ghim were tied for third, 5 strokes back. They each shot 65.

Play was suspended for 6 hours, 38 minutes. Tee times were moved up and the field played off split tees in threesomes. However, play was suspended at 10:57 a.m. and didn’t resume until 5:35 p.m.

Piercy played through the blister that he said developed yesterday after wearing a new pair of shoes.

After opening with two pars, Piercy birdied the next five holes before play was suspended. The run began with an 18-foot putt on the par-4 third. Piercy converted the next four birdies, all with putts inside 15 feet.

It was only after that the pain from the blister crept in, so much so that he took off his shoe in between every shot up until the 14th hole.

“When you walk that weird, your body kind of adjusts, so putting the shoe back up on and trying to get set up over it correctly,” Piercy said. “I felt like I couldn’t get into my setup like I normally do and I felt that’s like where a couple of the loose shots came from, along with the tiredness.”

Piercy was even par over his final 11 holes, making a bogey on the par-5 18th. He went for the green in two and hit short into the water.

It’s the sixth time Piercy has held at least a share of the 54-hole lead, the last coming at the 2016 WGC Bridgestone Invitational. He’s won two of those events, the 2011 Barracuda Championship and the 2015 Barbasol Championship. His last victory came in the 2018 Zurich Classic of New Orleans, where he teamed with Billy Horschel.

Grillo eagled the par-5 sixth hole for the second day in a row.

“If [Piercy] brings half of his game from today to tomorrow, that’s going to be very tough,” Grillo said.