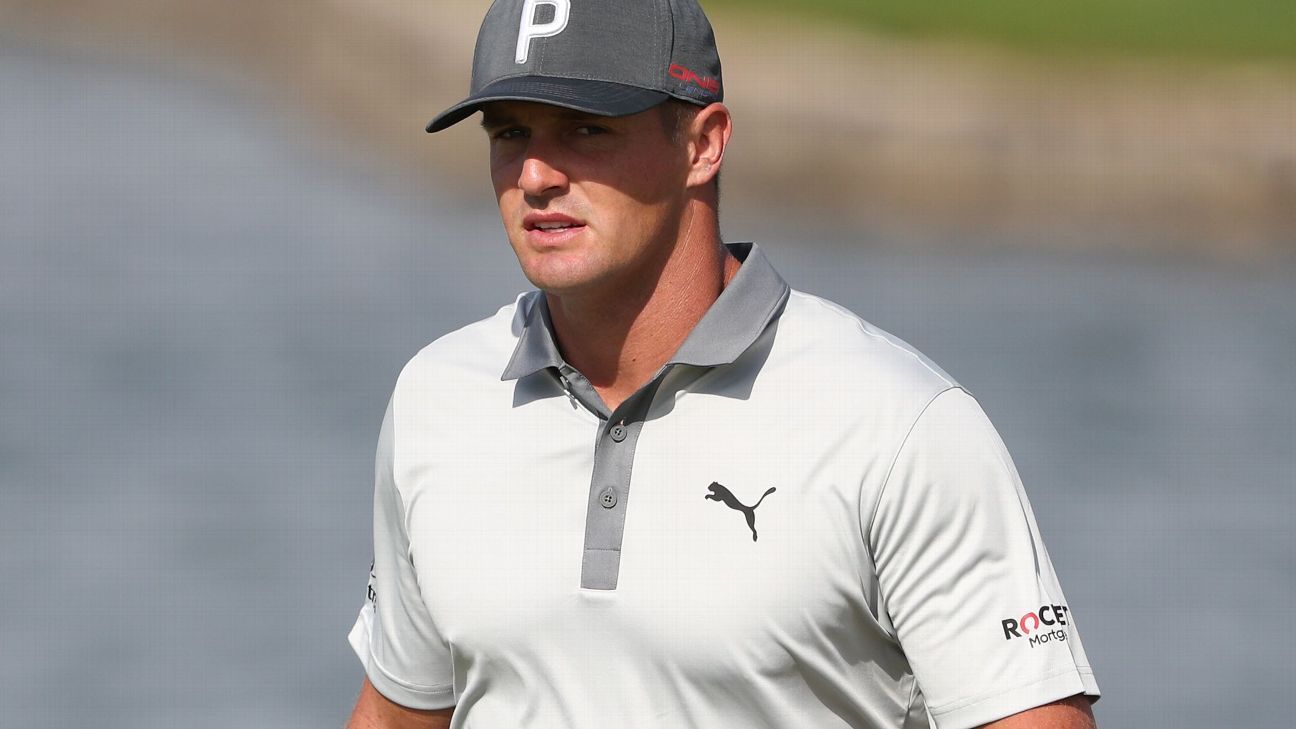 Bryson DeChambeau has a message for those concerned that his body is breaking down from his relentless speed training and excessive workouts in his ongoing quest for distance.

DeChambeau withdrew from the Saudi International before Friday’s second round because of left hand and left hip injuries. He shot 3-over 73 in the first round.

“Everyone needs to chill,” DeChambeau wrote on his Instagram account on Saturday. “Yes, I hurt myself but not from hitting it far. I slipped and fell this week on Tuesday unfortunately. I know people probably [won’t] believe me, but that is the truth. I will be back stronger and better than ever in a few weeks. … Thank you for your concerns and keep hitting bombs!! I will be back …”

DeChambeau, who is ranked No. 9 in the world, wasn’t scheduled to play in next week’s WM Phoenix Open at TPC Scottsdale. He is listed in the field for the Genesis Invitational at Riviera Country Club in two weeks.

DeChambeau, 28, has played in just two PGA Tour events this year, finishing in a tie for 25th at the Sentry Tournament of Champions in Hawaii. He missed the cut at last week’s Farmers Insurance Open at Torrey Pines. He withdrew from the Sony Open last month because of a left wrist injury and consulted a muscle expert in Colorado. He was seen holding the wrist and grabbing his lower back during the second round of the Farmers Insurance Open.

In a video posted on his YouTube channel earlier this week, DeChambeau said of his wrist, “It’s not a joint, it’s not anything. But it doesn’t feel great. I’ve been working on it for about three to four weeks now and it hasn’t gotten better.”