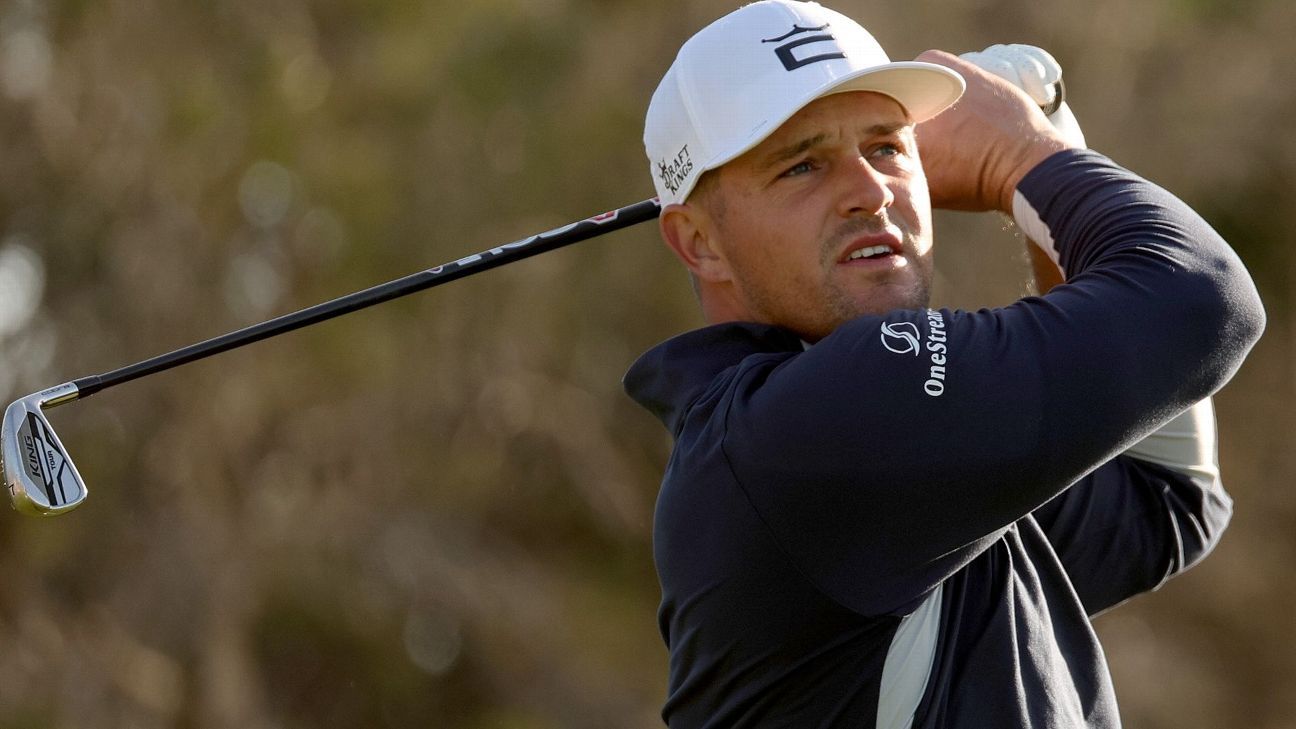 AUGUSTA, Ga. — Bryson DeChambeau walked down the third fairway at Augusta National during his Sunday practice round for the 86th Masters and saw Tiger Woods strolling up 17. The two acknowledged each other, with mock air high-fives from a distance, then went on about their preparation. As for interaction with one of the other biggest names in golf, Phil Mickelson, who remains in exile amidst backlash over his comments about the breakaway Saudi Golf League, DeChambeau admitted he has tried in recent weeks to connect and has heard nothing.

Mickelson, a three-time Masters champion, is not competing this week for the first time since 1994. He is on a break from golf following his controversial comments in an excerpt from author Alan Shipnuck’s upcoming book. In it, Mickelson called the Saudis “scary motherf——s” but that he was willing to look past their history of human rights violations to challenge the PGA Tour. DeChambeau’s name had long been linked to the Saudi Golf League, but he announced in February that he was staying with the PGA Tour.

DeChambeau, though, arrives at Augusta National with bigger concerns than the absence of Mickelson, who last year became the oldest major winner in history by winning the PGA Championship at age 50. On Monday, DeChambeau detailed the full extent of his injuries and that he had returned to competitive golf against the advice of his doctors.

“They recommended that I don’t come back for a while,” he said.

The wear-and-tear that comes with the trying to gain distance, which DeChambeau has done since remaking his body and his game since 2019, took its toll. He said he was recovering from hairline fracture of the hamate bone in his left hand and minor labrum tear in his left hip.

“One of the things I didn’t do is take care of my hands and my hip like I should have, and I went pretty hard,” DeChambeau said.

Though the search for more speed caused the injuries, it was actually ping-pong that made things worse.

“I was playing ping-pong against Sergio [Garcia] and Joaquin Niemann [in February] and we were on some marble floors and just wiped it,” he said. “And me not paying attention, I Charlie Brown‘d myself and went horizontal and then hit my left hip and my hand at the same time. That’s really when it just got to the point where I couldn’t even grip the golf club. I tried to play that week [in Saudi Arabia], and it was impossible. I was not even gripping with my left hand that week. I was like, this is dumb, I have to go take care of my body first and get it right.”

DeChambeau returned to the PGA Tour at the end of March for the WGC-Dell Technologies Match Play. He did not make the knockout round after going 0-2-1 in three matches.

“[I’m] proud of the fact that I’ve been able to get here in a short amount of time,” he said. “Normally a bone fracture takes four months to probably fully heal; I’m back here in two.

“The past few weeks have been very, very difficult on me, not playing well and not hitting it anywhere near where I know I should be hitting it in regards to straight. Yelling ‘fore’ off the tee every time is just not fun.”

DeChambeau said he had strongly considered sitting out for at least four months, but the lure of Augusta National was too much to ignore.

“It was a huge risk a couple weeks ago,” DeChambeau said. “It was probably not one that my doctors recommended, but I decided to do so because I wanted to give [the Masters] a run.”

While he took a risk by competing at the Match Play and to be at the Masters, he is rethinking another risk. DeChambeau has been planning to compete in a long-drive competition the week after the Masters.

“I’m reconsidering,” he said. “I’m trying, but it may not be the smartest thing.”

For now, DeChambeau, who opened 2022 ranked eighth in the world but has fallen to 19th, is focused on trying to win his second major. He won the 2020 U.S. Open at Winged Foot. To get a green jacket, he won’t be doing it at full strength.

For the Masters, Waffle House and Adidas team up for waffle-themed golf shoes

Couples: Tiger 'phenomenal' in practice round