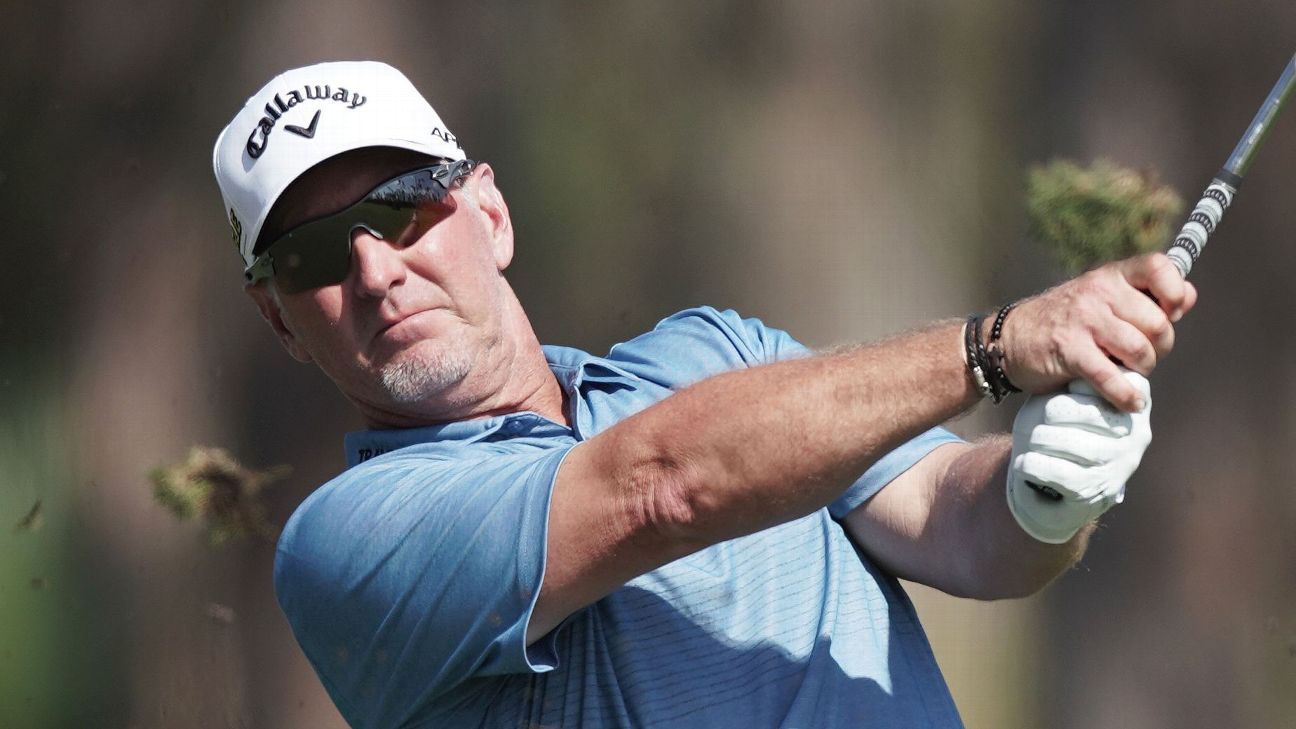 TUCSON, Ariz. — David Duval, who hasn’t played a full schedule in nearly a decade, said he’s “just getting the rust off” entering his third PGA Tour Champions start this weekend.

After turning 50 in November, Duval started to get the competitive itch again and is planning to play a full PGA Tour Champions schedule and cut back on his TV work to see how he stacks up with the over-50 crowd.

“It’s just getting the rust off more than anything, figuring out the routines of it again, budgeting your time because there is something to just naturally getting into that flow of knowing how to get everything you need to get done in a day,” Duval said ahead of the Cologuard Classic at Tucson National.

In his first two events, Duval tied for 34th at the Mitsubishi Electric Championship in Hawaii and then tied for 68th after finishing 11 over at the Chubb Classic in Florida last week.

“They haven’t gone as well as I would have thought or wanted them to,” Duval said. “But at the same time, I’m trying to be patient with myself because I haven’t really done this in quite some time.”

Duval had 13 victories on the PGA Tour, including the 2001 Open Championship, before injuries derailed his career. The former world No. 1 has played just a handful of tournaments since making 15 starts in 2013-14, shifting his focus to broadcasting.