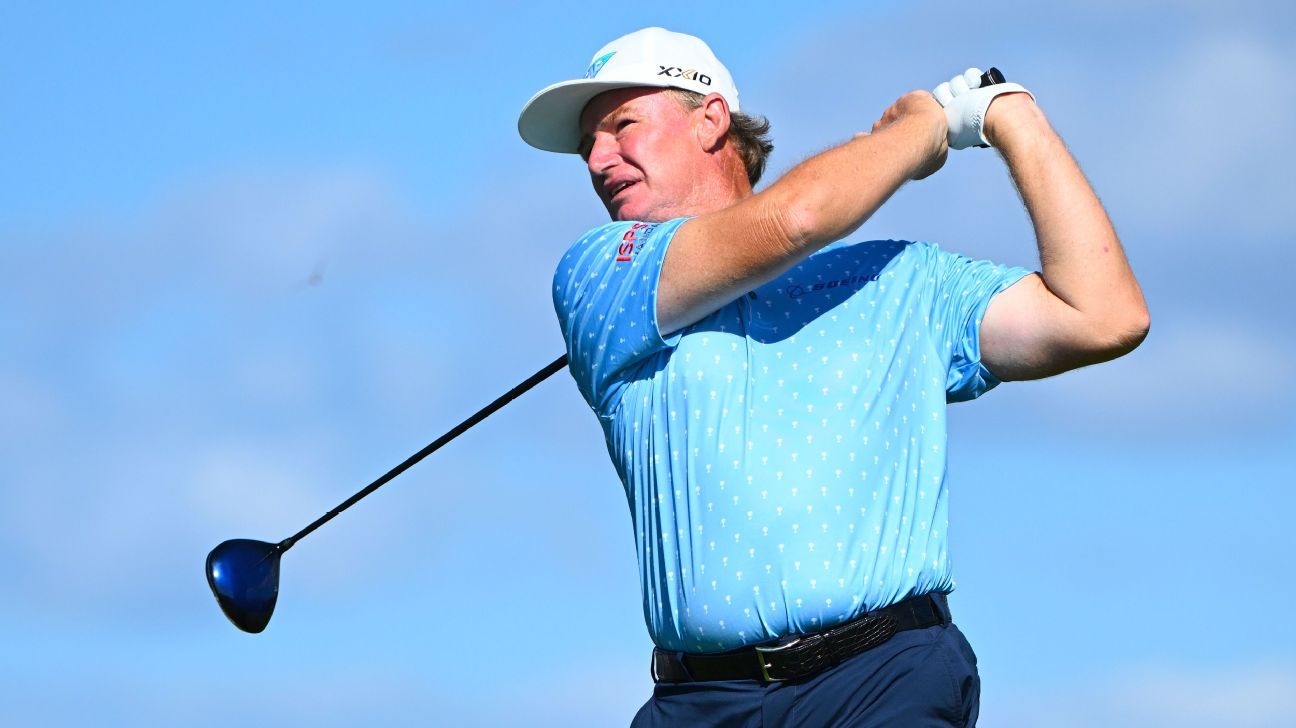 NEWPORT BEACH, Calif. — Ernie Els rebounded from a bogey on the par-3 17th with a two-putt birdie on the par-5 18th to take the lead in the Hoag Classic on a cool, windy Saturday at Newport Beach Country Club.

The defending champion in the event that was canceled last year, Els shot a 3-under 68 to take a 1-stroke lead over fellow two-time U.S. Open champions Lee Janzen and Retief Goosen and first-round leader Cameron Beckman.

“It feels like Scotland, doesn’t it?” said Els, also a two-time British Open winner. “It was a tricky day.”

“The putter really kept me in it on a lot of holes,” Els said. “I know I missed a short one on 17, but for the most part, I made the putts I needed to. I played the back nine a lot better. The front nine I was very scrappy, a little cold, I don’t know what it was, but back nine I started hitting it better.”

“The whole experience was a difficult day today,” Els said. “To get it under par for the day was kind of my goal and, surprisingly, I’m on top of the leaderboard.”

Janzen had a 66, the best round of the day in the difficult conditions.

“I have had some good success under tough conditions,” Janzen said. “It doesn’t mean I want to play under these conditions all the time, but today was good. I had really good control of my flight and trajectory and shots today.”

He fought through the tricky wind.

“You have to hit all kinds of shots on this course, so you can imagine when you throw in a 20-mile-an-hour wind,” Janzen said. “I think most holes are crosswind. Rarely did we ever play straight downwind or into the wind. It’s always from one angle to another, so as firm as the greens are, you have to work it back into the wind a little bit to keep it from bounding and rolling away from you.”

“I’ve been struggling with my pace on the greens a little this week,” Goosen said. “It’s been tough for everybody, but I’ve had five three-putts in these two rounds, so it doesn’t help.”

Bernhard Langer was 4 under, following an opening 65 with a 73. The 64-year-old German star, the 2008 winner, won the Chubb Classic two weeks ago in Florida for his 43rd senior title, two behind Hale Irwin for the tour record. Langer is the oldest winner in tour history.