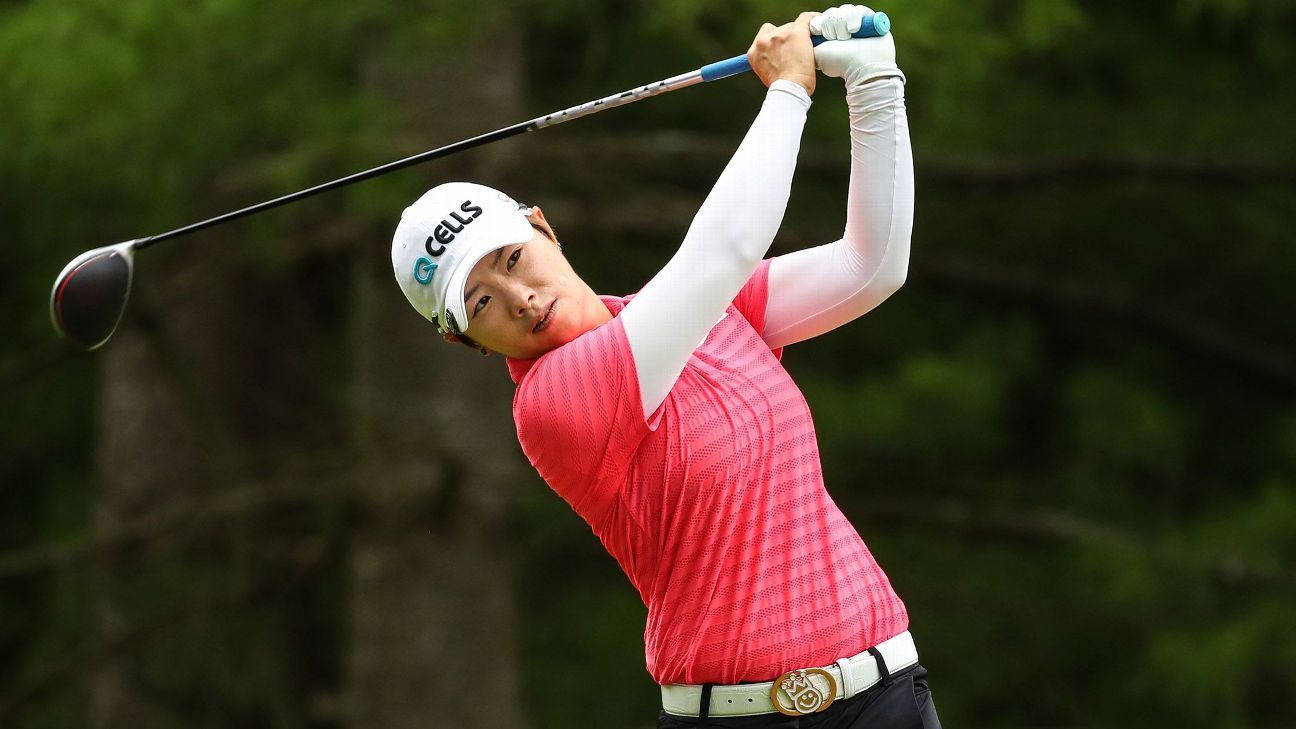 LAS VEGAS — Eun-Hee Ji won the Bank of Hope LPGA Match-Play on Sunday for a spot next week in the U.S. Women’s Open, beating Ayaka Furue 3 and 2 in cooler conditions at Shadow Creek.

Ji, the 2009 U.S. Women’s Open winner at Saucon Valley, took the last spot at Pine Needles with her sixth LPGA Tour victory and first since 2019.

“I’m so excited to win the tournament,” Ji said. “Then going to next week, this is the way to be going into next week.”

At 36, Ji is the oldest South Korean winner in LPGA Tour history. Ranked 83rd in the world, she was seeded 36th in the 64-player field.

The temperature was in the high 80s Sunday after 100-degree heat the first three days and temperatures in the mid-90s Saturday. After a windy morning for the semifinals, it was somewhat calmer in the afternoon.

Ji said the wind made the course “really hard” Sunday, especially from the tee shot.

Ji was asked whether she was more more physically tired or mentally exhausted after playing seven matches in five days, four in the past two days.

“Both,” she said, adding that her feet were “almost not moving” on the last couple of holes. “My back hurts, starting to hurt.”

Furue is winless on the LPGA Tour. Ranked 27th, the 22-year-old Japanese player was seeded 10th.

“It was definitely tough conditions out there,” Furue said. “I was having to use my brain a lot with the wind being so strong. Just not only physically draining, but mentally draining as well.”

After making bogeys on the first two par 5s to fall a hole behind, Ji birdied the par-3 eighth to tie it. She holed out from 92 yards for eagle on the par-5 ninth and won the par-4 10th with a par for a 2-up lead.

In the windy morning semifinals, Ji beat Andrea Lee 4 and 3, and Furue edged Lilia Vu 2 and 1. Vu beat Lee 4 and 2 in the third-place match for the former UCLA player’s best finish on the tour.

“Exhausted. That’s all I can say,” Vu said. “It’s tiring. My back is barely hanging in there. Going to have to do something before the next week.”

Ji opened group play Wednesday with a 4-and-2 victory over 29th-seeded Pajaree Anannarukarn, beat fourth-seeded Danielle Kang 2 and 1 on Thursday, and tied 61st-seeded Kelly Tan on Friday to win the group. On Saturday, Ji beat 20th-seeded Hye-Jin Choi 2 and 1 in the round of 16, and routed 12th-seeded Madelene Sagstrom 7 and 6 in the quarterfinals.

“Big thing is, I finished early yesterday,” Ji said. “That makes it a little bit easier to me.”

Ji had a simple plan for the U.S. Women’s Open.

“Get there, rest first, and then see the course and then just do same thing as this week,” Ji said.

World No. 1 Scheffler drops Colonial in a playoff