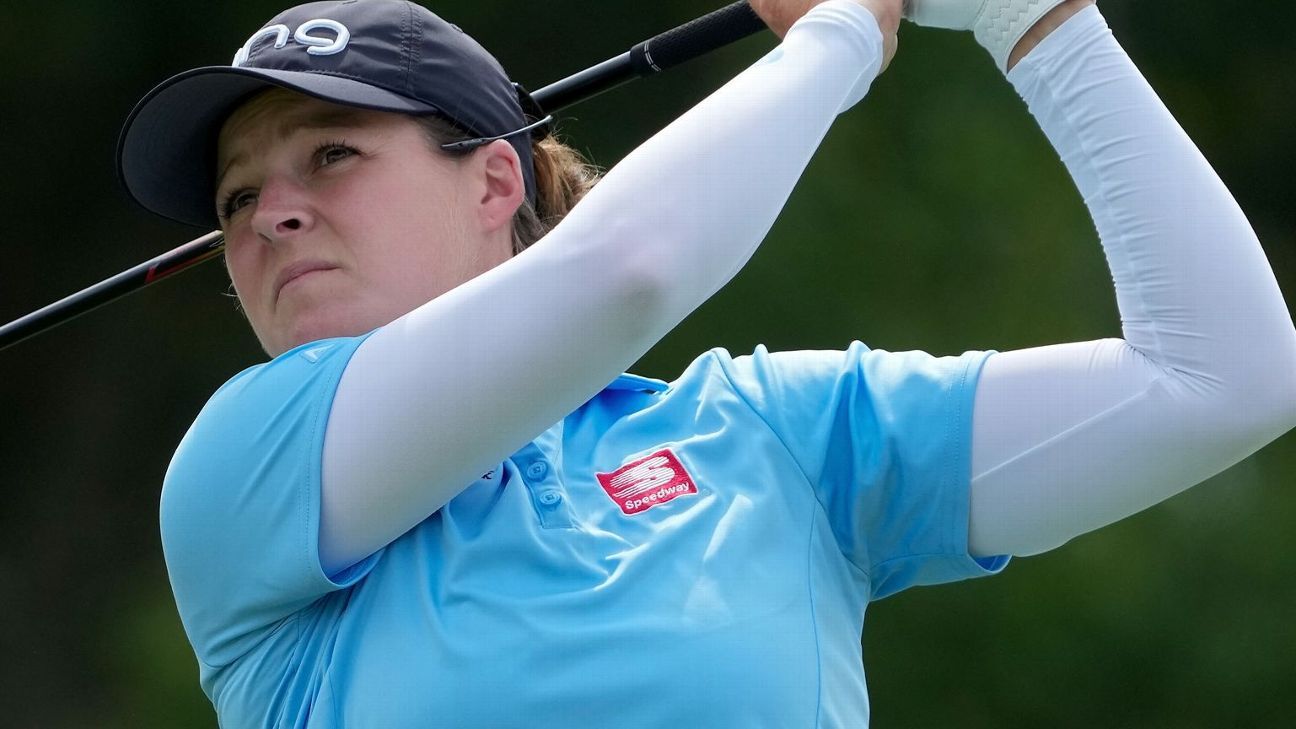 CINCINNATI — Ally Ewing ran off five straight birdies on the back nine Sunday and closed with a 7-under 65 to hold off Xiyu Lin and win the Kroger Queen City Championship in the LPGA Tour’s return to Cincinnati.

Ewing now has three career wins, one in each of the past three years, though she came into this tournament without a top-10 finish all year.

The 29-year-old American played bogey-free on a rain-softened course and was pushed to the very end by Lin, who birdied two of her final three holes for a 65.

Maria Fassi of Mexico had a 71 and finished alone in third for her best LPGA finish.

Lin started the final round two shots behind and made up ground quickly with a pair of birdies. Ewing had to make a 7-footer to match birdies with Lin on the par-5 12th and stay tied, and then the American kept going.

Lin made an 18-foot birdie on the 456-yard closing hole into a breeze — only the 20th birdie all week on No. 18 — to create a little extra pressure. Ewing had come up short of the green and elected to use putter through about 5 feet of wet fairway grass.

She gave it a good pop, and the putt rolled out to 3 feet left of the hole. After Lin made her birdie, Ewing calmly rapped in the par to finish at 22-under 266.

The victory came at a good time for Ewing, who last month decided to shorten her putting stroke in an effort to find something.

“The key for me is knowing it’s in there,” Ewing said after getting soaked by sparkling wine on the 18th green. “The change I made a couple of weeks before Canada … this week I saw putts go in. And once I saw them go in, I had confidence.”

One of them was for par. Ewing started with eight pars as Lin got off to a good start, and Ewing had to make a 6-foot par putt on No. 7 to avoid falling behind.

Lin fell two shots behind when she failed to birdie the par-5 15th, though she gave herself good chances and converted two of them.

The 26-year-old from China, who goes by “Janet,” is still looking for her first win.

“I did whatever I can do,” Lin said. “I had one of the best rounds I played all year. I came out second, which is a little sad. But Ally played so well. Congrats to her.”

Ewing has reached the CME Group Tour Championship for the top 60 players every year since 2017, and this year was looking bleak without a top 10. She was at No. 70 in the Race to CME Globe, and the victory takes her to No. 30 and assures her spot in Naples, Florida, in the season finale in November.