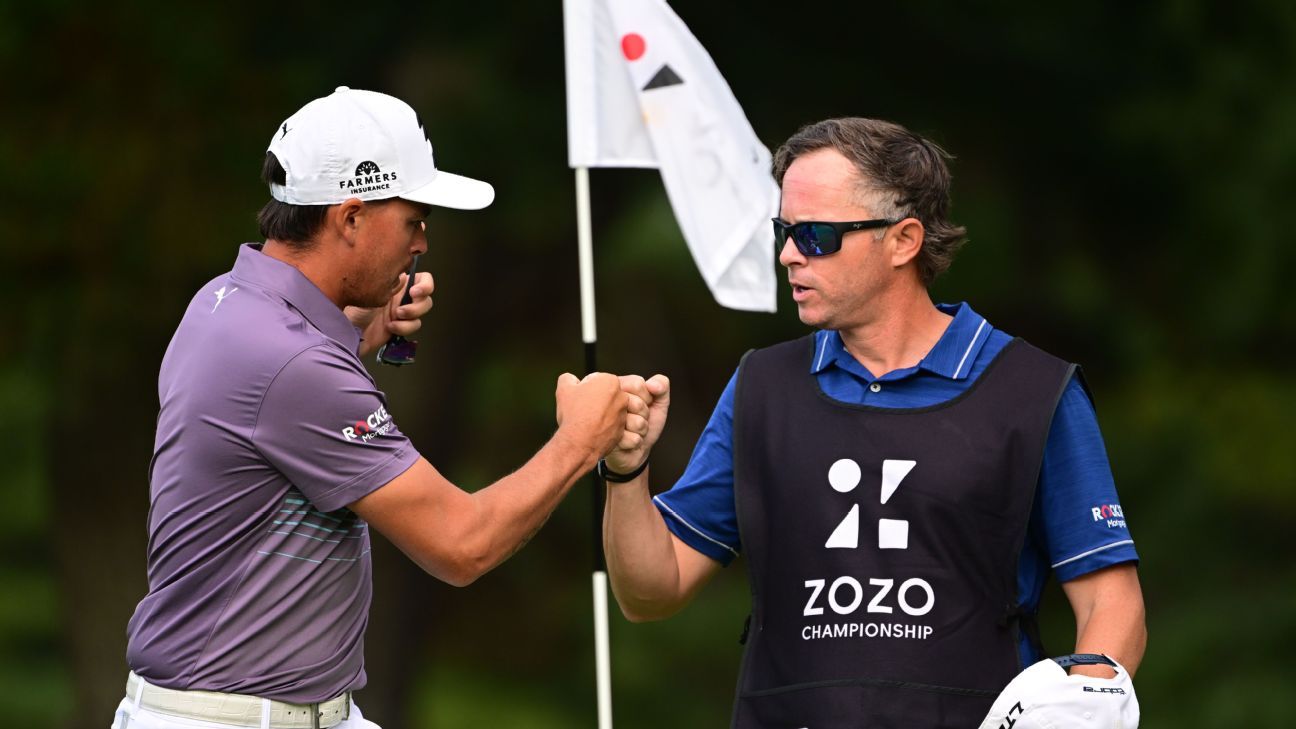 INZAI CITY, Japan — Rickie Fowler and Andrew Putnam shared a one-stroke lead after Friday’s second round of the Zozo Championship, where scores were low with drier conditions after rain in the first round.

It was a tougher day for former Masters champion Hideki Matsuyama, who is also the defending champion and the hometown favorite. He was 10 strokes off the pace after a 69. He opened with a 71 on Thursday.

Putnam had an 8-under 62 and Fowler was in at 63, putting both Americans at 10-under after two rounds at the Accordia Golf Narashino Country Club on the outskirts of Tokyo.

The low round with a 61 — and a course record — went to John Huh. The American was two strokes off the pace.

One stroke behind the leaders was Keegan Bradley with a 65.

Huh was asked if he had a round of 59 on his mind.

“Not really,” he said. “I knew if I made a couple more birdies it would have been nice, but I really never thought about a 59 in my head.”

The Zozo Championship is the only PGA Tour event in Japan with a purse of $11 million.

Dry conditions are expected for the third round with rain possible on Sunday.