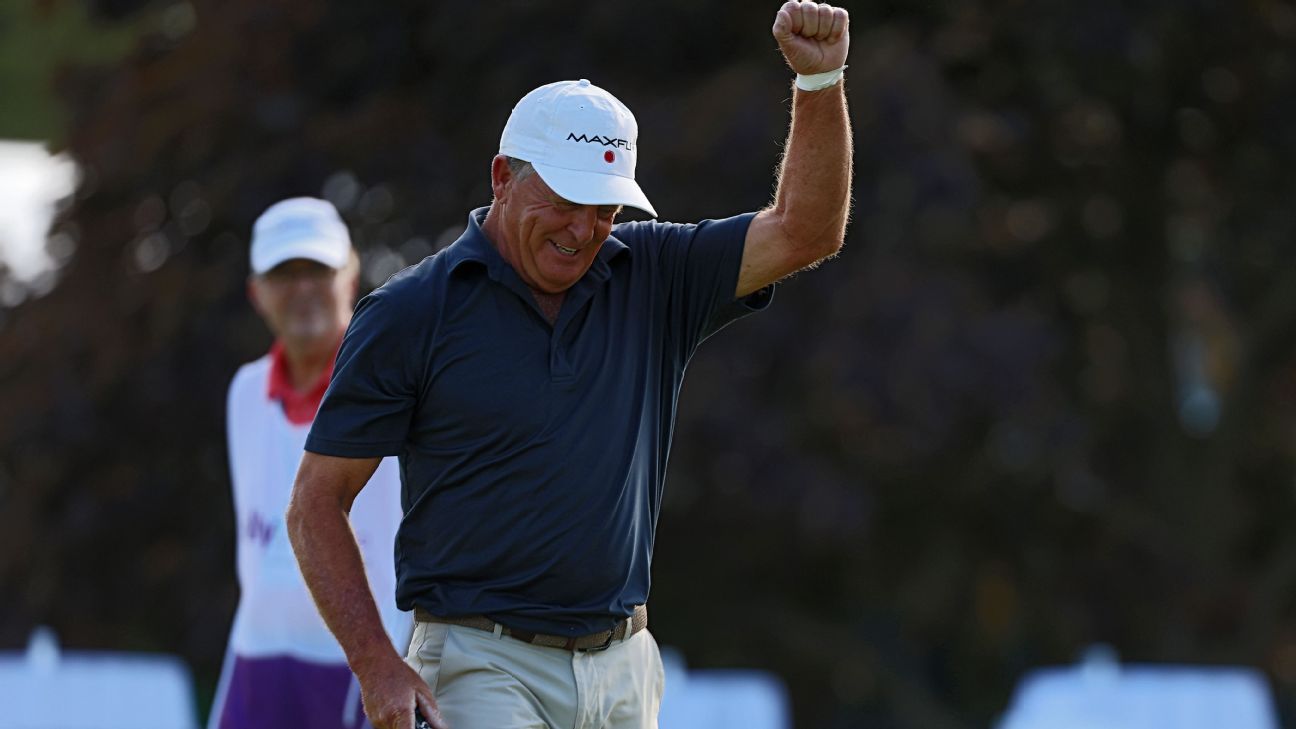 GRAND BLANC, Mich. — Fred Funk bettered his age by a stroke with a 7-under 65 on Friday to take the first-round lead in the PGA Tour Champions’ The Ally Challenge.

The 66-year-old Funk closed his bogey-free round with a birdie on the par-4 ninth at Warwick Hills, the site of the Buick Open on the PGA Tour from 1958 through 2009.

“It’s the first time I shot my age or broke my age in competition, so that was really cool,” Funk said. “I’ve done it a couple times for fun, but I always wanted to do one out here. It feels good to finally break that one.”

Funk won the last of his nine senior victories in 2014, teaming with Jeff Sluman in the Bass Pro Shops Legends of Golf. His last individual victory was in 2012. He also won eight times on the PGA Tour.

“It was kind of a magical day,” Funk said. “Pretty amazing because I haven’t had a round in the 60s I can’t even remember when. It’s been a long time. I’ve been playing a little better recently.”

Woody Austin, the 1995 Buick Open winner, was a stroke back at 66 with Brett Quigley and Stephen Ames. Scott Parel followed at 67.

“Best putting round in many a year, that’s the difference,” the 58-year-old Austin said. “That’s the first round this year where I shot a score that I probably didn’t play to or deserve. I’ve been playing well and scoring the highest I could possibly score every day and today’s the first time I’ve made enough putts and whatever to feel like I got away with something.”