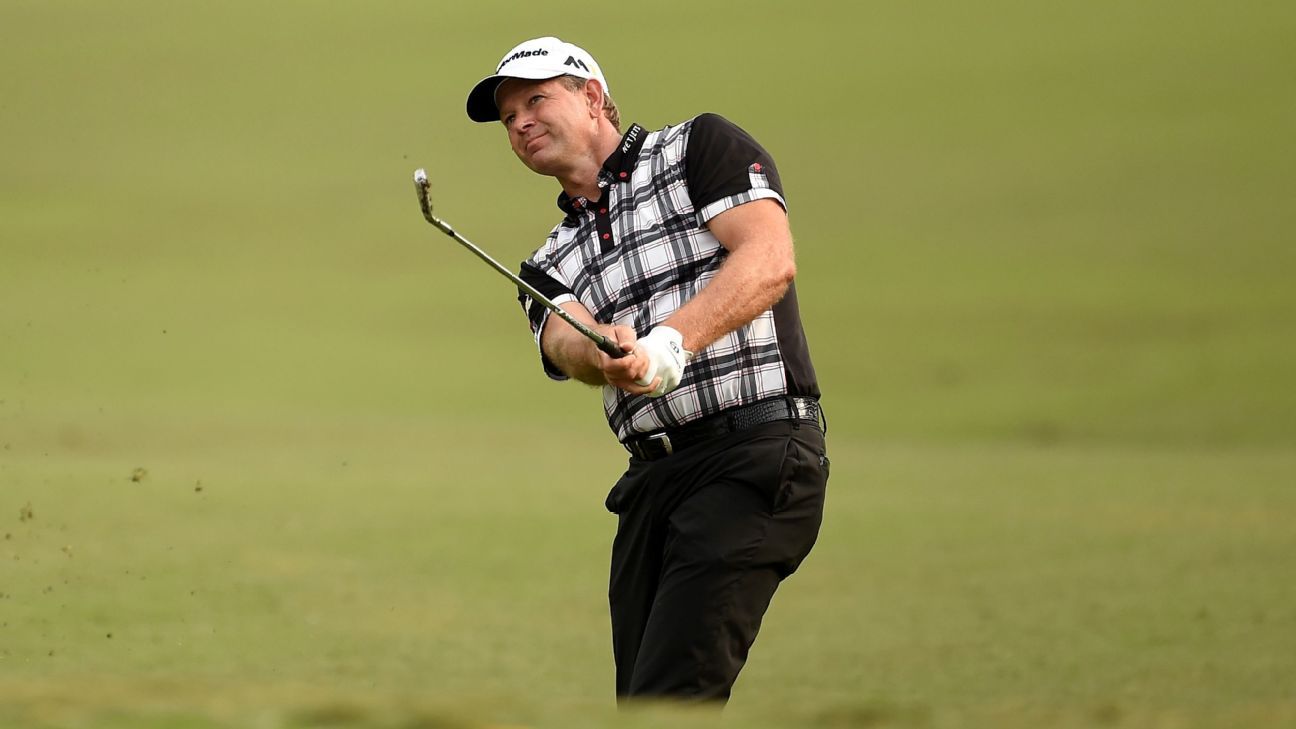 NEWPORT BEACH, Calif. — Retief Goosen holed out for eagle from a greenside bunker on the short par-4 first hole, birdied the next two, and cruised to an 8-under 63 and a four-stroke victory Sunday in the Hoag Classic.

A stroke behind fellow South African star Ernie Els entering the round, Goosen pulled away quickly at Newport Beach Country Club in breezy but calmer conditions than the players faced Saturday.

After hitting his opening drive into the left bunker, Goosen’s long blast hit the flagstick and dropped in the cup without touching the green.

Goosen finished at 15-under 198. Coming off offseason shoulder surgery, the two-time U.S. Open champion won for the second time on the 50-and-over tour. He also won the 2019 Senior Players.

Bernhard Langer closed with a 70 to tie for eighth at 5 under. The 64-year-old German star, the 2008 winner, won the Chubb Classic two weeks ago in Florida for his 43rd senior title, two behind Hale Irwin for the tour record. Langer is the oldest winner in tour history.