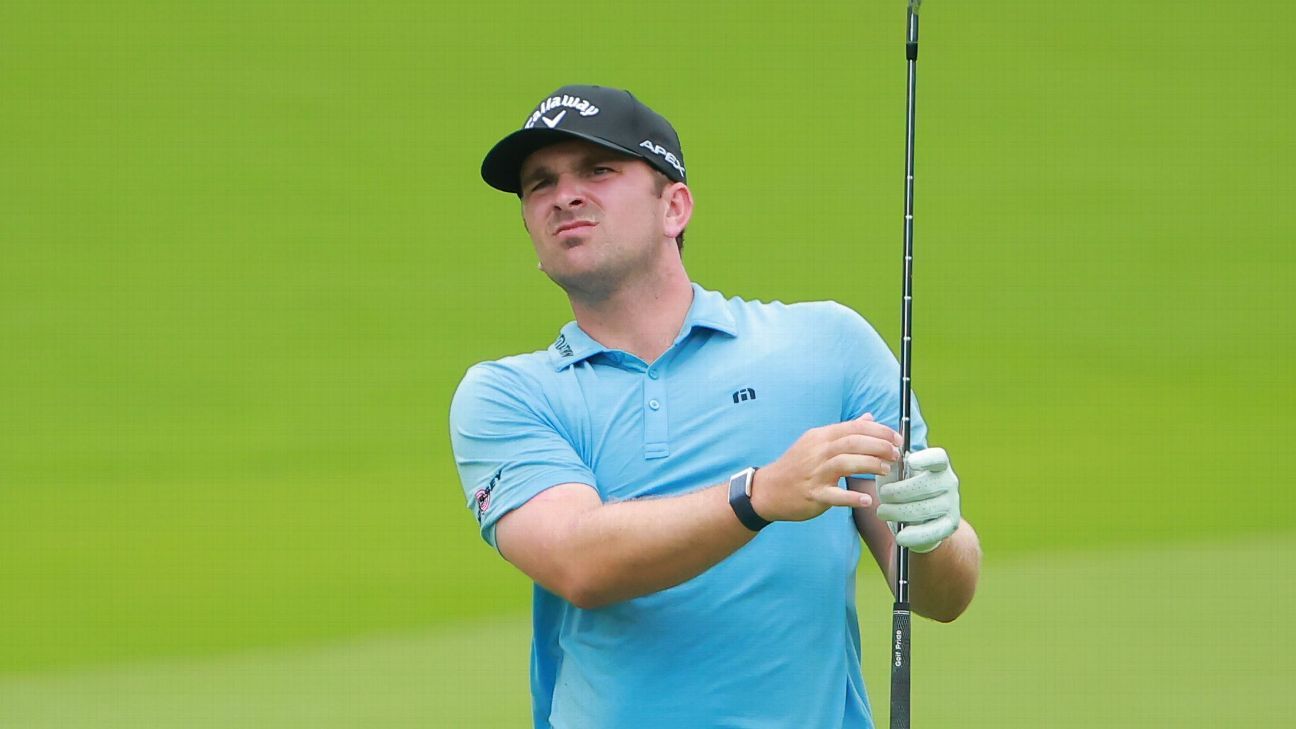 PLAYA DEL CARMEN, Mexico — Will Gordon was frustrated with the way he finished last week in Bermuda. He had no complaints about his start Thursday at Mayakoba.

Gordon ran off four straight birdies to start the back nine on the El Camaleon course and finished with a 9-under 62 to take a one-shot lead over Russell Henley in the World Wide Technology Championship.

Harris English took another step back in his recovery from hip surgery and was at 64, part of a group that included former British Open champion Francesco Molinari.

Without the No. 1 ranking next to his name for the first time since March, Scheffler hit plenty of iron shots close and converted them into a 65. Also at 65 was two-time defending champion Viktor Hovland, who played alongside Scheffler in a balmy and occasionally breezy day in this Mexican resort.

Gordon had to go back to the Korn Ferry Tour last year to regain his PGA Tour card. He thought he was off to a reasonable start in the new season by making every cut, and then he was five shots behind going into the final round in Bermuda last week. He played the final four holes in 4-over par and tied for 35th.

“I just had an up-and-down week in Bermuda,” Gordon said. “Played some really good golf for probably 68 holes and had a rough finish. So I didn’t have many expectations coming into this week. It’s just really about managing my expectations and my emotions, so I feel like I did a good job of that today.”

The field is strong for this time of the year on the PGA Tour, especially with the addition of Scheffler and two-time major champion Collin Morikawa (71), along with Hovland, going for his third straight win at Mayakoba.

The objective for everyone is to keep it in the mangrove-lined fairways, manage the wind and occasional bursts of showers, and take advantage of the relatively flat greens.

This might be just want English needed, especially with the good vibes of having won at Mayakoba in 2013 when he was just getting started.

English capped off a two-win year in 2021 by making a solid Ryder Cup debut. But then he had surgery on his hip, which had been nagging him for years. After five months away, he returned at the Memorial and it’s been slow going.

“It’s definitely getting better,” English said. “I went through a lot of rehab. But your expectations for coming back are so much higher than they should be. I’m so competitive and I want to be the mix so badly. You’ve got to give yourself time to heal and time to get your game back.

“But I love it here. I love the atmosphere,” he said. “I’m excited about the next few days.”

Scheffler soared to No. 1 in the world when he won four times in six starts, capped off by the Masters. He lost in a playoff at the Colonial. He had a good shot at winning the FedEx Cup until he didn’t convert on the final hole.

But his game feels a long way from April, and Scheffler is playing three out of four weeks in the fall to try to build some momentum. The biggest takeaway from Thursday was signing a card without bogeys.

“Clean card is nice,” Scheffler said. “Kept the ball in play for the most part today.”

The exception was No. 3, his 12th hole, when he put his tee shot into the hazard. He took a penalty drop and hit the next one to tap-in range to escape with par. There were a lot of moments like that. Scheffler had six birdies and only few anxious moments.

Work remains for Morikawa, who won six times — including two majors — in his three years on tour. He is running out of time to get a win in 2022, and this wouldn’t appear to be the week to end that drought after four bogeys negated his four birdies.

Tony Finau was headed that direction. He took triple bogey on his second hole by twice hitting into the hazard. He bogeyed the par-5 fifth. But he turned it around with six birdies the rest of the way and salvaged a 68.