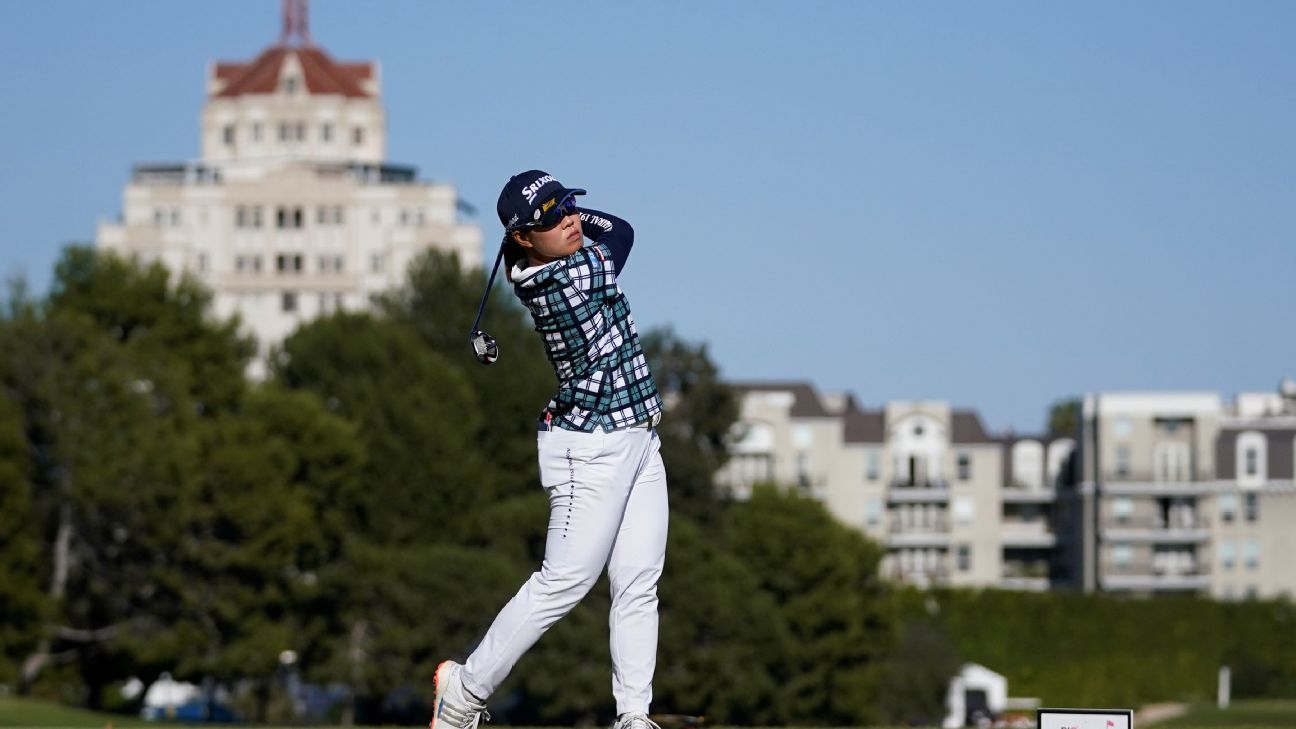 LOS ANGELES — Nasa Hataoka ran away with the DIO Implant LA Open on Sunday at Wilshire Country Club to open the LPGA Tour’s two-week run in the Los Angeles area.

Four strokes ahead entering the round after Jin Young Ko’s late meltdown Saturday, Hataoka closed with a 4-under 67 for a five-stroke victory over Hannah Green.

Hataoka finished at 15-under 269, a stroke off the tournament record set last year by Brooke Henderson. The 23-year-old Japanese player won her sixth LPGA Tour title a week after missing the cut in the windy LOTTE Championship in Hawaii with rounds of 75 and 77.

After seven straight pars, Hataoka put the tournament away on the par-4 15th when she raced in a 35-foot eagle putt to open a six-stroke lead. She played the first seven holes in 3 under with four birdies and a bogey.

Green finished with a 68. The Australian won both of her LPGA Tour titles in 2019.

The top-ranked Ko, tied for the lead with Hataoka with three holes left Saturday before a bogey-quadruple bogey-birdie finish left her five strokes back, had a 75 to tie for 21st at 2 under.

On the par-4 16th Saturday, she failed twice to get the ball out of the deep barranca en route to the 8. On Sunday, she had a double bogey on the par-3 seventh and bogeyed the final two holes.

Dustin Johnson and Paulina Gretzky got married over the weekend