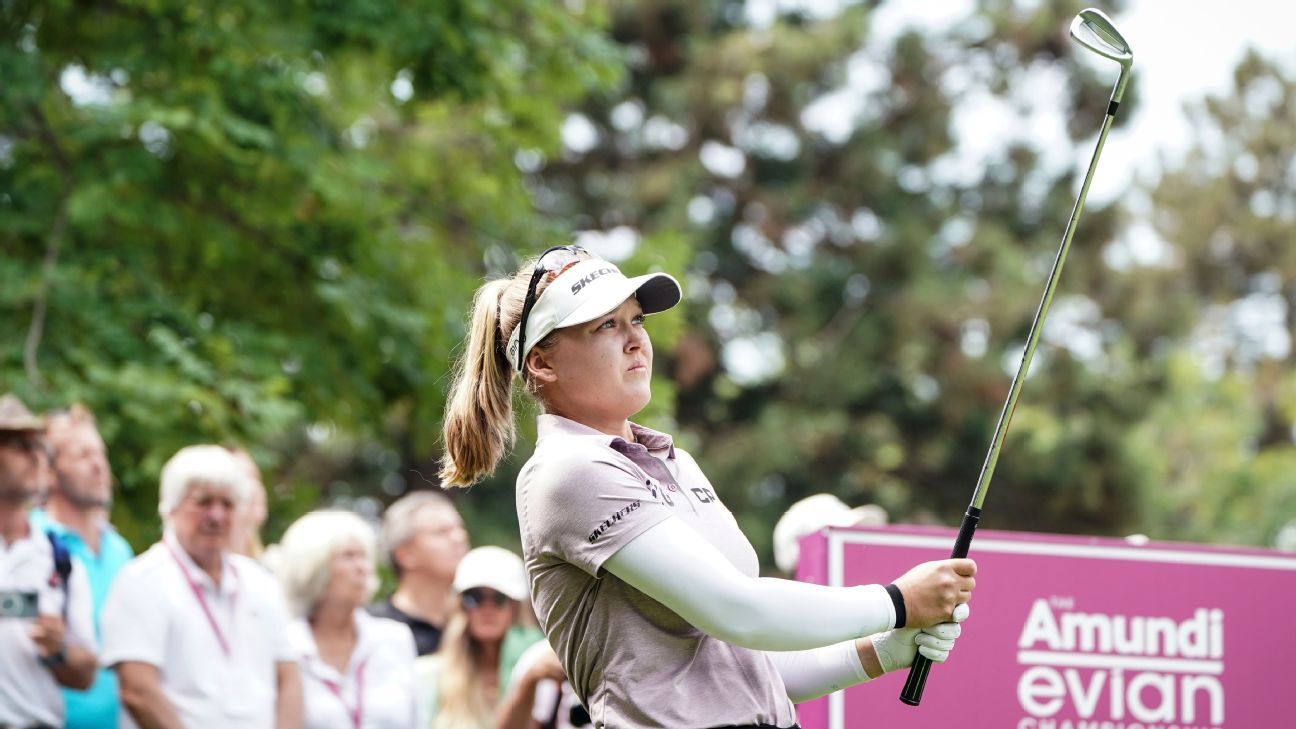 EVIAN-LES-BAINS, France — Brooke Henderson stood over a birdie putt from three feet at the 18th green, a three-shot lead going into the final round of the Evian Championship seemingly at her mercy.

For the first time on Saturday _ maybe all week, given her dominance of the fourth women’s major of the year _ her putting stroke let her down.

Henderson missed it left, to gasps from spectators around the green at Evian Resort Golf Club. The Canadian couldn’t believe it. Probably those hoping to chase her down on Sunday, too.

Seeking her second major title after the Women’s PGA Championship in 2016, Henderson had to settle for a 3-under 68 in the third round and a two-shot lead on 17-under par — two off the 54-hole record for the tournament.

She is still in a position of strength after opening with two straight 64s, but that missed putt at No. 18 might prove costly.

The closest challengers to Henderson are a former No. 1 and a player breaking new personal ground at a major.

So Yeon Ryu, a two-time major winner from South Korea, shot 65 after three birdies on her last four holes and was alone in second place. The top-ranked player in 2017, when she won the ANA Inspiration for her second major, she hasn’t been in contention this deep into one of women’s golf’s biggest five tournaments for three years.

Two strokes further back on 13 under was Sophia Schubert, ranked No. 283 and without a top-50 finish in a major. The American birdied her last four holes for a 66 and was in new territory alone in third place in just her fifth appearance in a major.

Olympic champion Nelly Korda started the third round in second place, three strokes behind Henderson, but could shoot only even-par 71 — the worst score of the current top 20 on a warm and still day when only a few tough pin placements kept very low scores off cards.

Korda was on 11 under overall, six shots off the lead and in a five-way tie for sixth with, among others, top-ranked Jin Young Ko (67).

Above them in a tie for fourth place, five behind Henderson, were Carlota Ciganda (67) and Sei Young Kim (68).

If the end to the 2021 tournament is anything to go by, there’s plenty to play for on Sunday.

Minjee Lee made up a seven-shot deficit to third-round leader Lee Jeong-eun in the final round last year and beat her in a playoff.