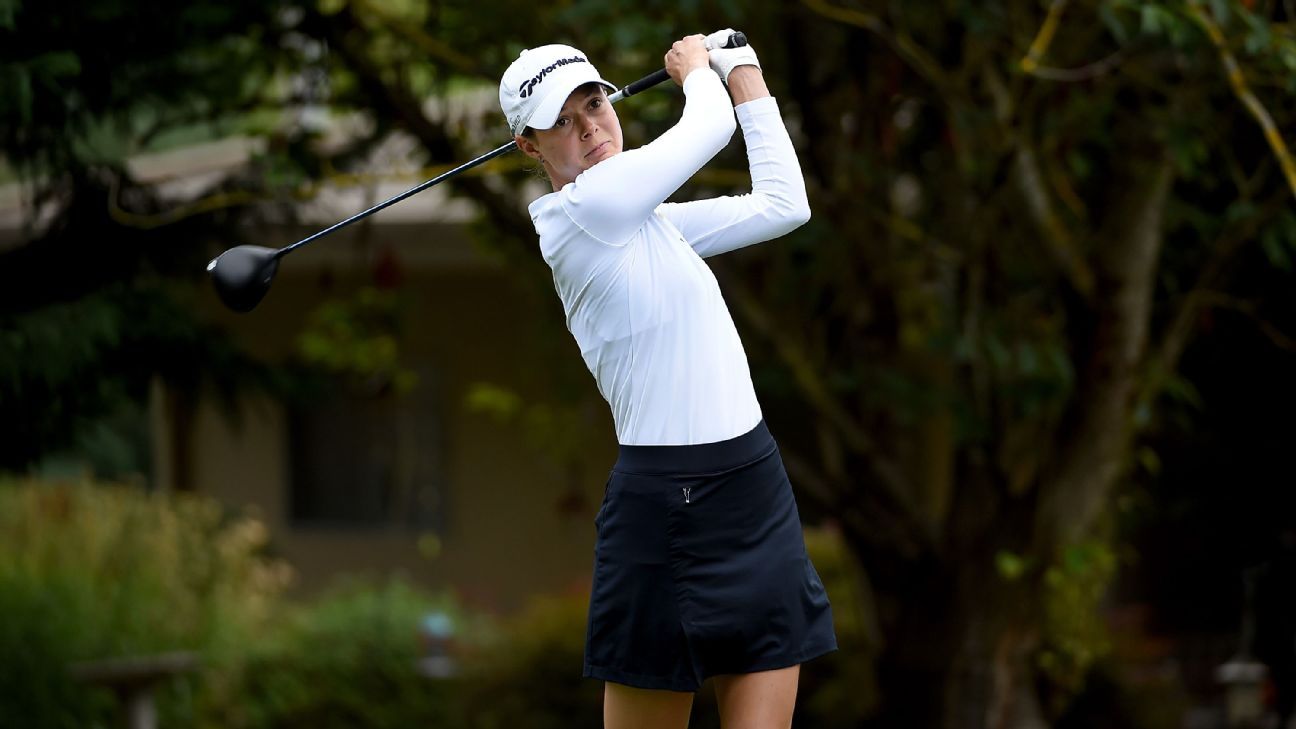 PORTLAND, Ore. — Esther Henseleit feels as though she has been spinning her wheels the last six months on the LPGA Tour. That made Friday at the AmazingCre Portland Classic feel as though she were absolutely soaring.

Henseleit rolled in 10 birdie putts on her way to an 8-under 64, giving the 23-year-old German a share of the lead with Lilia Vu going into the weekend.

Columbia Edgewater is tight and tree-lined with firm greens that roll true. Henseleit kept the ball in play and let her putter do the rest of the work.

“I had some easy putts and hit the line and they went in, so that went well today,” Henseleit said. “I had many chances, but they were not gimmes. I didn’t have a tap-in birdie at all.”

Vu, a former No. 1 amateur player when she was at UCLA, had four birdies and an eagle on her opening seven holes and then played steadily on the back nine for a 66.

They were one shot ahead of Carlota Ciganda of Spain, who had a 66. The large group at 8-under 136 included another former No. 1 amateur, Andrea Lee, and one of the hottest players on the other side of the Atlantic Ocean in Maja Stark of Sweden.

Stark, who played at Oklahoma State, has won four times on the Ladies European Tour, including the ISPS Handa World Invitational in Northern Ireland, which was co-sanctioned by the LPGA Tour.

She is up to No. 47 in the women’s world ranking, and at No. 54 in the Race to CME Globe, is trying to secure of the 60 spots in the season finale in Florida in November.

Lee started her season on the developmental Epson Tour and then started to break out of a slump with a good finish in Hawaii.

She reached the semifinals of the Bank of Hope LPGA Match Play in Las Vegas, had a tie for 15th in the U.S. Women’s Open (she replaced Inbee Park as an alternate) and now she is set for the top 60 to get to the CME Group Tour Championship.

Nelly Korda, who needs a victory to return to No. 1 in the world, never got much going and dropped shots on her final two holes for a 73 that left her six shots behind.

Henseleit opened with a 63 in Thailand in March and wound up in a tie for 12th. That was the highlight of her year. She began missing cuts and spending too much time on Friday wondering if she would be going home early.

“I had some pretty rough bumps since Thailand, and it’s great to see something coming your way. I just will try to enjoy it and make the best of it and just give myself chances,” Henseleit said.

“It just felt like nothing really came together,” she said. “I’ve been working really hard and felt like every part of my game has been improving, but couldn’t really get the scores together. So yeah, just good that today kind of happened and I didn’t have to fight too hard for it.”

Now she faces a traffic jam over the next 36 holes. Eighteen players were separated by four shots, with several players trying to win for the first time.