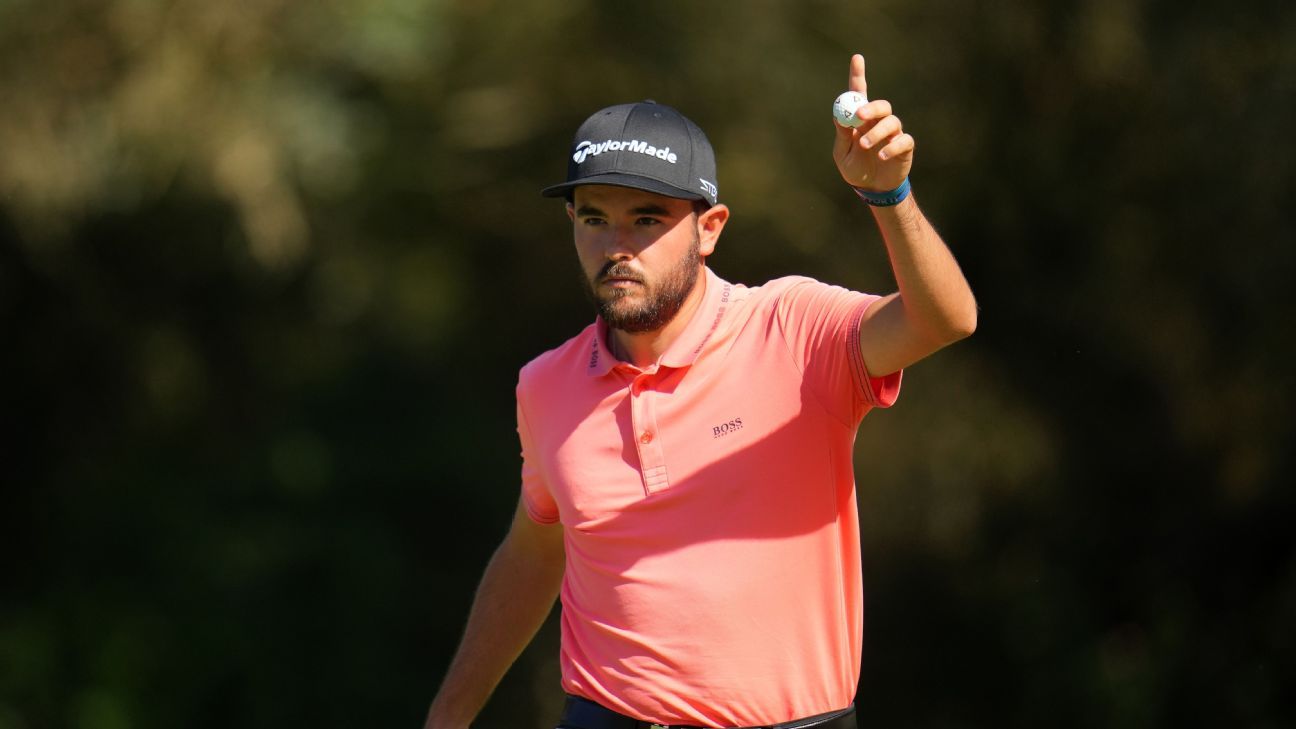 Angel Hidalgo carded an 8-under 63 to grab part of a three-way lead at the Andalucia Masters after two rounds on Friday.

The Spaniard sunk eight birdies on an error-free day at Valderrama to join overnight leader Min Woo Lee and Adrian Otaegui on 9 under par.

“I made every putt today and that was the key,” Hidalgo said. “The support was amazing. It’s the first time I’ve played with so many people following me. I was a bit nervous at times, but it was a great feeling. A 63 is a dream score.”

Lee, who shared the lead with three others after the first round, hit an eagle to go with three birdies and a bogey for a 67.

Joakim Lagergren was three shots back in fourth heading into the weekend.

U.S. Open champion Matt Fitzpatrick, the defending champion at Valderrama, missed the cut after he carded a 3-over 74 for a second straight day. Fitzpatrick is the highest-ranked player at the Andalucia Masters at No. 10.

The Andalucia Masters is the second of three consecutive European tour events in Spain.