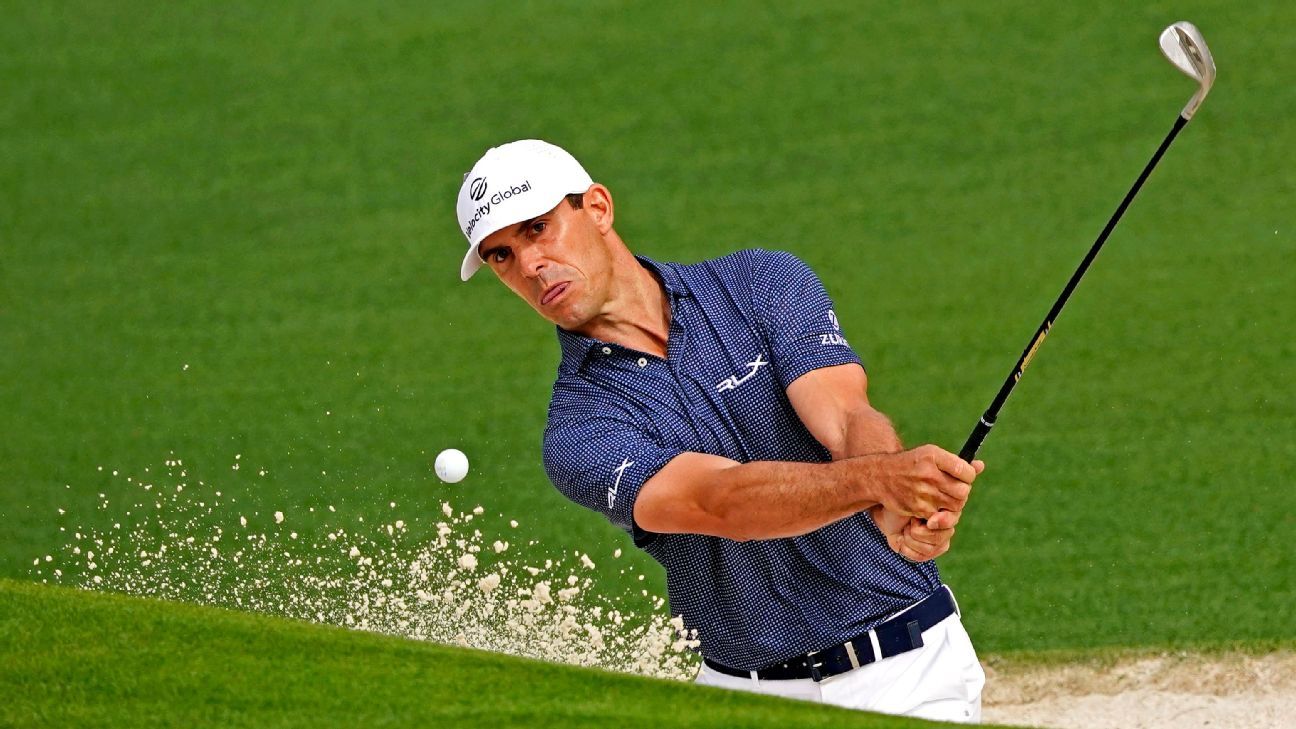 ORLANDO, Fla. — No lead was safe Saturday at Bay Hill. No one felt comfortable until they were finished. In the toughest conditions of the year, Billy Horschel and Talor Gooch were up to the task at the Arnold Palmer Invitational.

Horschel got a good break on a day where those were hard to find, turning a tough par into an unlikely birdie on the 18th hole for a 1-under 71. That gave him a share of the lead with Gooch, who made his only bogey on the back nine at the last hole for a 72.

They still managed to find some semblance of pleasure in the test Bay Hill offered with its strong wind and greens with so little grass from being baked by the sun, making it hard to predict how putts would roll — or glide, in this case.

This is supposed to be the March run on the way to the Masters. It felt more like mid-June and a traditional U.S. Open.

“It’s a grind, but I think we don’t get this enough on the PGA Tour,” Gooch said. “So I think that’s part of why we like it when we do get it. It’s nice to not have a week of a birdie fest. And you’ve got to be playing your best golf to have a chance. You can’t fake it at all.”

It was a grind, all right.

Viktor Hovland lost a four-shot lead at the turn, shot 40 on the back nine for a 75 and went from control of the tournament to one-shot behind in a matter of two hours. Rory McIlroy was making his move until a tee shot out-of-bounds on the 15th led to a double bogey.

Matt Jones had enough of his putter on the 11th hole and heaved the club into a lake.

Horschel’s runner from the left rough raced through the length of the 18th green and into the rough, buried. The chip was scary fast. But his foot was on a sprinkler, and the free drop allowed him to move it to the collar. Instead of a dicey chip, he used putter for a 30-footer that trickled into the cup for one of only seven birdies on the day.

“To make that putt on 18, to shoot 1 under on a really tough day is really satisfying,” he said.

Scottie Scheffler managed to make a charge. After missing three straight par putts from 6 feet or closer to cap off his front nine, Scheffler made three birdies and a 20-foot eagle for a 31 on the back for a 68, matching the low score of the day.

He started the day eight shots behind. He ended it two shots out of the lead. The final group was making the turn when Scheffler finished and he was asked if his round put him back into the tournament.

“I didn’t really feel out of it at the beginning of the day,” Scheffler said.

Hovland suffered as much as anyone. He three-putted from 10 feet on the par-3 second hole, only to recover by holing a bunker shot for eagle on the par-5 sixth with his ball on a slight downslope in the sand and not much green between his ball and the hole.

The back nine turned into a slow bleed, twice taking three putts for bogey and missing the fairway on two other holes. He shot 40 on the back nine for a 75.

Still, he was only one shot behind.

Former U.S. Open champion Gary Woodland overcame three bogeys for a round of 70 and was three shots behind, followed by the group of Chris Kirk (68), Graeme McDowell (69) and McIlroy, whose 76 could have been worse.

“I feel like I’ve never had as many 6-footers for bogeys as I’ve had today,” he said.

McIlroy, the 18-hole leader, ran off back-to-back birdies early on the back nine and was making up ground until he lost a tee shot to the right on the 15th hole that bounced into a backyard. That led to double bogey, and he bogeyed the last two holes to fall back.

“It’s so tough out there. It’s so tricky. It’s just on knife’s edge,” McIlroy said. “You’re literally talking like feet – 2 feet here, 2 feet there from 200 yards can make a huge difference in where the ball ends up.”

Jones, meanwhile, hit a brilliant approach on the 11th hole to 8 feet only to have the putt slide off line. He reached the cup about the time the golf ball trickled there, tapped in with one hand and then heaved his putter into the lake.

DIVOTS: Max Homa made an ace on the par-3 14th hole with a pitching wedge from 163 yards, meaning a $200,000 donation by presenting sponsor Mastercard to the Arnold & Winnie Palmer Foundation. A year ago on Saturday at Bay Hill, Homa was playing with Jazz Janewattananond when he made a hole-in-one on the 14th hole.