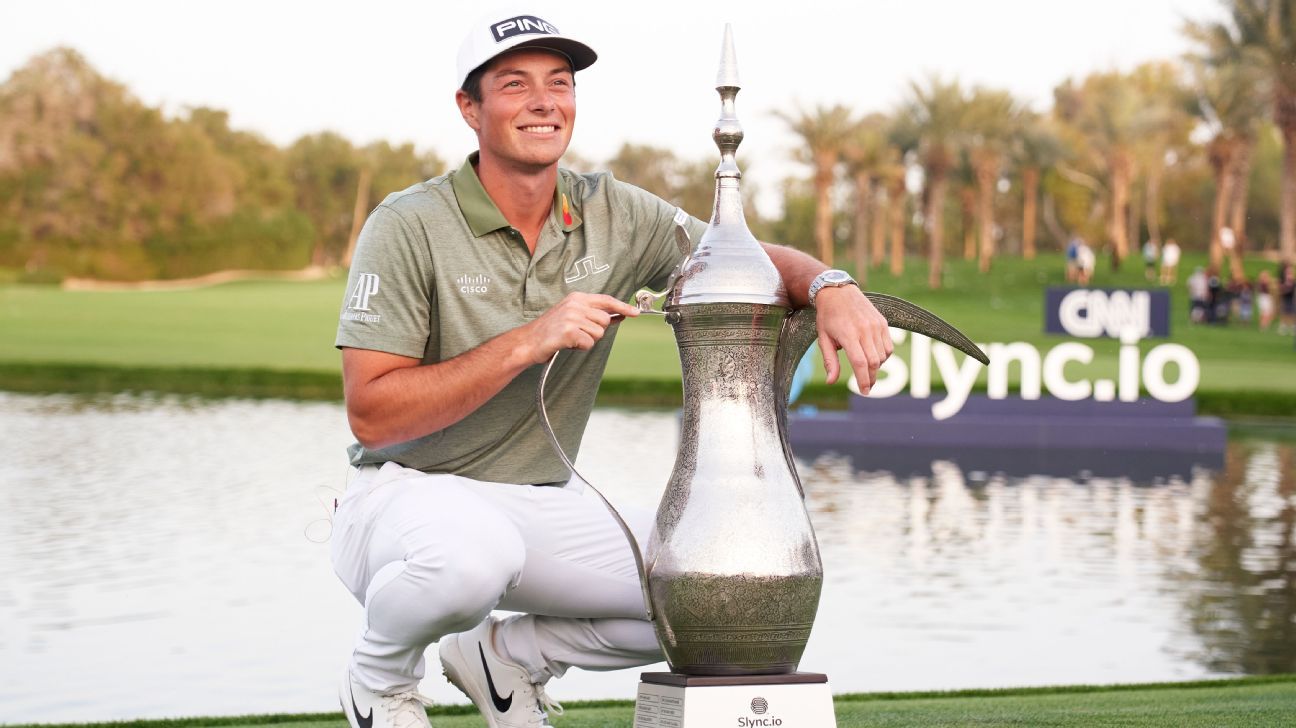 Viktor Hovland beat Richard Bland in a playoff to capture the Dubai Desert Classic on Sunday after Rory McIlroy missed a chance to win the title in regulation by bogeying the last hole.

Hovland claimed his third victory in five events by making birdie from inside 3 feet at the first playoff hole — the 18th — at Emirates Golf Club. Bland had just missed a birdie putt from longer out.

Both players finished on 12-under par. Hovland shot 6-under 66 after finishing birdie-eagle-birdie, while Bland birdied the last for a 68.

McIlroy was tied for the lead with Hovland and Bland heading down the 18th hole, only to send his approach shot from 267 yards into the water in front of the green. His par putt, which would have sent him into the playoff, brushed the edge of the cup.

McIlroy, who shot 71, was looking to win the event for the third time — 13 years after the first.