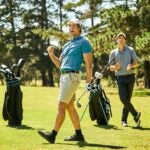 Collin Morikawa has quickly become one of the hottest players in golf. Currently ranked second in the world, he hasn’t finished outside of the top 7 since October and, at 24 years old, he already has five PGA Tour wins — including two majors! — on his resume.

While Morikawa has already experienced success that many players dream of and few will ever achieve, his sudden ascent to stardom also means he now has an additional burden to bear: the weight of expectations.

It’s a topic that Claude Harmon can relate to. During his time coaching Brooks Koepka, Koepka went on an epic run, winning four of the six majors he played in, and is now on the short-list of favorites for pretty much every major championship he tees it up in.

On this week’s episode of Off Course with Claude Harmon, Morikawa’s longtime coach, Rick Sessinghaus, explained how Morikawa is managing his expectations after coming off his own great run of golf.

“I think, if you ask Collin, how do you mange that? He would say, I would not want it any other way,” Sessinghaus said. “I want to be somebody that’s looked upon as being the guy who’s going to win. I mean, that’s what he’s signing up for. So I think first off, we say the weight of it. I don’t think he looks at it as the weight of it. I think he goes, good, I put myself in the position, because that is the type of player I am, that’s gonna show up in these big majors.

“Expectations is a loaded word for him and I, because expectations is what other people think you should or should not do,” Sessinghaus continued. “He’s always said, and I think that comes from our coaching from an earlier age, is that his standards are higher than anybody else is gonna ever put on him. The way that we kinda deal with it, I think, is Collin has what I call a mastery mindset. He wants to get better and better and better at all areas of the game. Certainly, you get better at that, you would think you’re going to get better outcomes and win more tournaments. That’s fine. Does he want to win tournaments? Of course. Does he want to win majors? Yes. He just wants to be a better player today than he was yesterday. And that helps him stay a little bit more focused in the here and now, and it keeps you moving forward.”

Sessinghaus also said that Morikawa chooses not to focus on the expectations that others have for him.

“He’s very focused on his path and what he believes is going to move him forward,” Sessinghaus said. “We make adjustments along the way. I think the more he wins, the more he wants to win. Put me in the mix all the time. I think that’s, again, about a mindset — not to work away from and be fearful, it’s to embrace. And part of embracing that is, sometimes it’s not gonna go your way. And he is strong enough to deal with those things.”

For more from Sessinghaus, including the four stages of a successful pre-shot routine, and how to play your best more often, check out the full interview below. 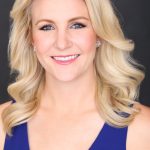 Here's what Jon Rahm really meant by his curse-filled rant