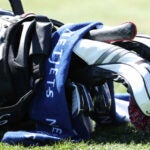 The PGA Tour is trying to use its expertise in the sponsorship space to benefit players.

The PGA Tour’s Player Impact Program (PIP) has received a good deal of media attention; its Player Partnerships program, not as much — yet.

The former was devised to reward players who bring the most interest to the Tour, measured in terms of social media and traditional media; Phil Mickelson claims to have won the inaugural 2021 PIP prize (in the form of an $8 million bonus), pipping Tiger Woods ($6 million). (The Tour says official results will be announced only to players in mid-February, because of lag time in reporting.) The goal of the partnership program? Help players to maximize their off-course earnings by promoting them to sponsors.

To better understand the Tour’s motivations for launching the program, how it works and how it’s been received, GOLF.com spoke to Dan Glod, the PGA Tour’s senior vice president, player partnerships. This interview has been lightly edited and condensed for clarity.

When did Player Partnerships launch?

The concept of what we’re doing now has been something we’ve been considering for years. Everything was approved to move forward at our spring 2020 board meeting … and then we learned of Covid, which literally happened at the Players Championship. Because of Covid and the disruption to the world and our business, we didn’t really get underway until this past January.

Walk us through what Player Partnerships does, and why.

We are a membership-based organization, so we work on the behalf of our players. At the PGA Tour, we’ve always been focused on driving what we call on-course earning programs like the FedEx Cup and the Comcast Top 10. Now we’re looking at how we’ve been successful in the other areas of our business and applying the same process with our players.

And when we looked at sponsorships — title sponsorships, our official marketing partnership business, supporting our local tournaments in the sponsorship world — we felt that with the same discipline and rigor we could take the success we had in those areas and support our players as an extension of their management team, that we could work with players’ agents and managers to help drive more off-course sponsorship revenue.

Just to emphasize: as an extension of the player’s management team. The players are all independent contractors, so we have no intention or interest in being managers or agents. We just want to work with their teams.

Yeah. We wake up every day and think about how we can create new opportunities for our members. Collectively, as an organization, we have a lot of different folks touching a lot of different sponsors, brands that are potentially interested in partnering with the PGA Tour.

And oftentimes those conversations get to, “Hey, we’d love to sponsor some players.” We had a lot of intelligence around sponsorship availability and those types of things. But until this new team and division were created, we didn’t have a great way of connecting those dots. Over the last year we’ve really built up that area so that we can connect the dots when those conversations happen.

Different players obviously have different resumes in terms of accomplishments, social-media reach, and so on. There’s a difference between a player with four wins and 40,000 Instagram followers versus 40 wins and 4 million followers. How did you aggregate that information?

We’ve been developing that process throughout 2021. We have a very good understanding through analytics of the value that our membership is developing for their sponsors. By “value,” I mean media duration and exposure for those brands.

So, we can tell you up to the minute or week-to-week how much Player X is delivering for all his sponsors, and we can break that out as to how much they delivered for a hat sponsor or a shirt sponsor or a golf bag sponsor.

As it relates to the actual market value, I would say that the process is underway. This is working with the players and their management teams to get a better understanding of Player X — maybe how much is a certain location (e.g., hat or left shoulder) valued at in the market.

We have to be respectful, because a lot of that information is confidential. But if we’ve got a player with a shirt sponsor and they’re working on a renewal, or maybe there’s a prospective sponsor, we want to make sure that the agent and the manager and the player are getting maximum value.

In some cases, we might have that conversation and say, “Boy, is this a good deal!” But in others we say, “If you saw what we know in the marketplace and where your player sits, they’re more valuable.” We’re working with the manager and the agent to maximize the value for those sponsorships.

We want to make sure that the agent and the manager and the player are getting maximum value.

And the Tour sees no direct financial benefit from this — it’s just a service to members?

Do you have to stay agnostic about players, or are there times where you go, “Oh, company Z, we have the perfect guy for you!”?

We let the brands determine that. What we’ve built is what we would call a criteria filter. Let’s say we’re talking with a certain category of sponsor, and they say, “We’re interested in doing something with players.”

Well, the first filter we run is, how many of our 225 or so players have that category open? Depending on the category, that filter could cut the list in half. Then what we do is a discovery discussion with the brand — things like, “What are you looking for? What is your budget?”

We reach out to the manager and the agent and say, “Hey, we’ve identified this brand, in this category. Is your player interested? Is it something he’d want to pursue?” So, we’re not in the business of picking a player for a brand. We’re just here to assist and consult and give the best intelligence to a brand, and then connect the dots to the players as quickly as we can.

You mentioned the intelligence you have in terms of how much value players bring. Is it, “Player X’s hat was visible this week on broadcast television for 1 minute, 12 seconds,” and so on? How detailed is the intelligence, and what’s involved in gathering it?

Yeah, it’s exactly what you just described. We’re using, broadly, the same metrics that were built to develop the Player Impact Program (PIP), but we’re applying them across all our membership. So, we’re tracking brand exposure in PGA Tour broadcasts down to just how you described it — X number of seconds, X location, X brand — and we populate that across the entire season. We’re also measuring, broadly defined, social media engagement. We have that as a metric.

We also have a player’s global media mentions. If you happen to mention Bubba Watson in your article, we’re going to track that. We also work very closely with Google and Google Search. It all gives us a broad, “How often is a player searched?” And then we also use Q Score just for overall awareness.

You put all those kinds of metrics together, and you start to paint a really good picture. If a brand were to say to us, “We’re looking for a player who’s under age 30, has this category available, has regularly appeared in PGA Tour broadcasts, has a social media following of X, Y and Z on certain platforms, and lives in the Northeast,” or whatever, we’d put it back to our data analytics team, and the more information we get from a brand the more specific we can be on a recommendation.

Almost all the stuff you’re talking about is automated and technology-driven — you don’t have people watching TV with stopwatches, right?

Yeah. We’ve got an amazing group of folks, I’ll just broadly call them data analysts, who have built these systems so that it happens in real-time, it’s fully automated. That includes available inventory. If a brand in a certain category came to us interested in sponsoring a player, we know which players have the category available, because we built and maintain a system where we can key that in. We didn’t have that a year ago. It’s really transformed the way we approach this business.

Safe to assume that agents and managers, once they hear that you’re not trying to take any money out of their pockets, are quite pleased about all this stuff? Has there been much pushback?

I think the more time that we spend with agents and managers, and the more they fully understand why we’re here, why this group’s been created, we’ve gotten a tremendous amount of engagement from players and managers, across the whole membership spectrum.

Some are top, top, top players, others have just gotten their PGA Tour card, and everyone in between. Anytime there’s a new initiative, anytime there’s a change, early on there will be some questions, like, “What are you doing here?”

But now that we’ve been doing this for a year and have had the opportunity to spend time with our players and their management teams — we’re very busy, let’s put it that way. That leads me to believe that everybody’s pretty happy. I’m sure there are one or two that will always be questioning, but for the lion’s share we’re in a really good spot with them.

A former executive editor of GOLF Maga­zine, Rothman is now a remote contract freelancer. His primary role centers around custom publishing, which en­tails writing, editing and procuring client approval on travel advertorial sections. Since 2016, he has also written, pseudonymously, the popular “Rules Guy” monthly column, and often pens the recurring “How It Works” page. Rothman’s freelance work for both GOLF and GOLF.com runs the gamut from equipment, instruc­tion, travel and feature-writing, to editing major-championship previews and service packages.

2022 Sony Open live coverage: How to watch Round 1 on Thursday