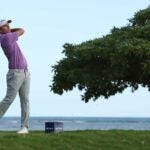 Russell Henley had a five-stroke lead with nine holes to play but lost the Sony Open in a playoff.

Give Russell Henley credit. He admitted what most players might not have: it’s hard to sleep on a lead.

Henley held the 54-hole lead at the Sony Open, leading Hideki Matsuyama by two heading into Sunday’s final round at Waialae Country Club, but the 32-year-old, despite owning three PGA Tour wins, entered Sunday 1 for 5 in converting 54-hole leads or co-leads. So he had reason to be leery.

“It’s tough. I’ve slept on a few leads the last couple years,” he said on Saturday night. “It’s hard. I struggle to sleep. I’m already not the best sleeper. … Guys are so good out here. You just have to play at such a high level for so long to be in contention. So hopefully I can keep doing that and play well tomorrow, give myself a chance on the back nine.”

So somehow Henley, already leading by two, went out and shot 29 on the front nine on Sunday and led by five at the turn — and still lost.

Henley didn’t make many mistakes, but Matsuyama kept chipping away. So even though Henley shot 65 and was given a two-stroke lead, he still came in second. Leading by five, Henley bogeyed 11 and Matsuyama inched closer with birdies on 10, 11 and 15 to make it a one-shot deficit with three to play. On 18, Matsuyama two-putted for birdie to shoot 65 and force a playoff.

“I definitely was nervous, but I felt pretty good,” Henley said Sunday. “Felt like I was able to still hit some good shots. You know, don’t feel like I was that far off. Yeah, disappointing to lose, but Hideki hit a great shot in the playoff. End of regulation I thought I made that putt, and I’ll look back on this and take confidence from it because his putt moving past my coin looked like it was going a little left and I thought I hit a really good putt, and moved a little bit right. So I thought I had him, but he got me.”

“It stings,” Henley said. “I played some great golf. I feel like I was in it the entire time mentally this time. I didn’t have too many mental lapses like I have other tournaments where I’ve been close to the lead in the last couple years. So feel like I was there. You know, just got to keep chugging.” 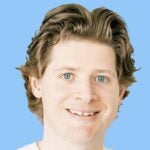