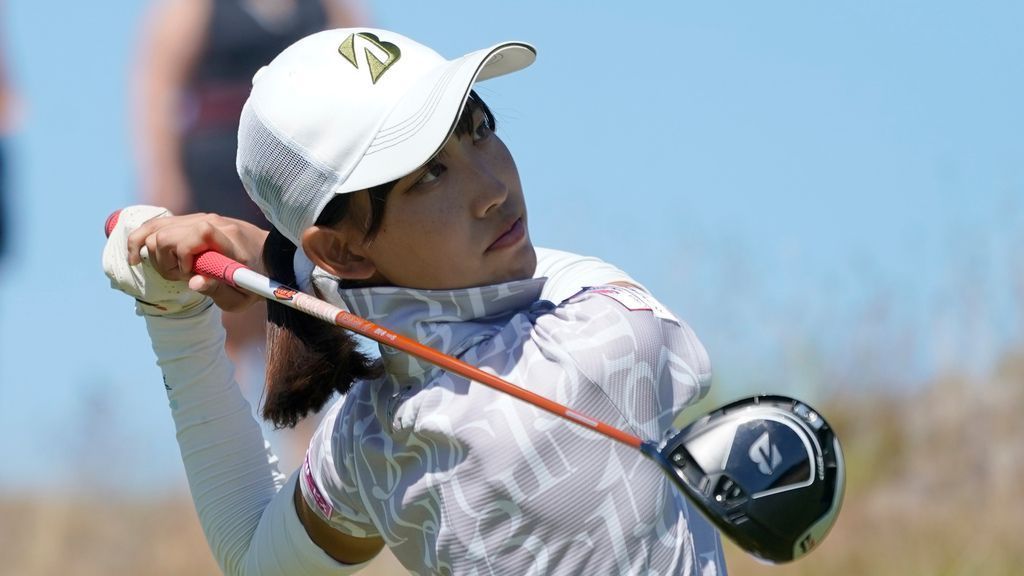 The 17-year-old Baba won the last six holes, ending the match with a birdie on the par-3 27th hole at Chambers Bay.

“It’s just amazing,” Baba said through a translator. “I just can’t believe it. I was able to [play] my kind of golf. Yeah, everything just went smoothly.”

Baba joined 1985 champion Michiko Hattori as the only Japanese winners.

“If she made a mistake, lost a hole, it woke her up and she bounced right back,” said Beau Brushert, Baba’s Chambers Bay caddie. “She didn’t let it get her down. She’s amazing. She’s a lot of fun to watch.”

Baba was one of four amateurs to make the cut in the U.S. Women’s Open at Pine Needles, tying for 49th. She shared medalist honors and reached the round of 32 in the U.S. Girls’ Junior at The Club at Olde Stone.

The margin matched the third-largest in a 36-hole final in the event. Anne Quast Sander set the record in 1961, beating Phyllis Preuss 14 and 13. Glenna Collett beat Virginia Van Wie 13 and 12 in 1928 and Babe Didrikson Zaharias routed Clara C. Sherman 11 and 9 in 1946.

“Honestly, I was trying to match it up, but it was pretty amazing just to watch,” Chun said. “She was going for every pin, making every putt, and that’s hard to match up.”

The 21-year-old Chun won the Canadian Women’s Amateur on July 23 to earn a spot in the event and the CP Women’s Open. She led Michigan to its first Big Ten championship in April while earning medalist honors.