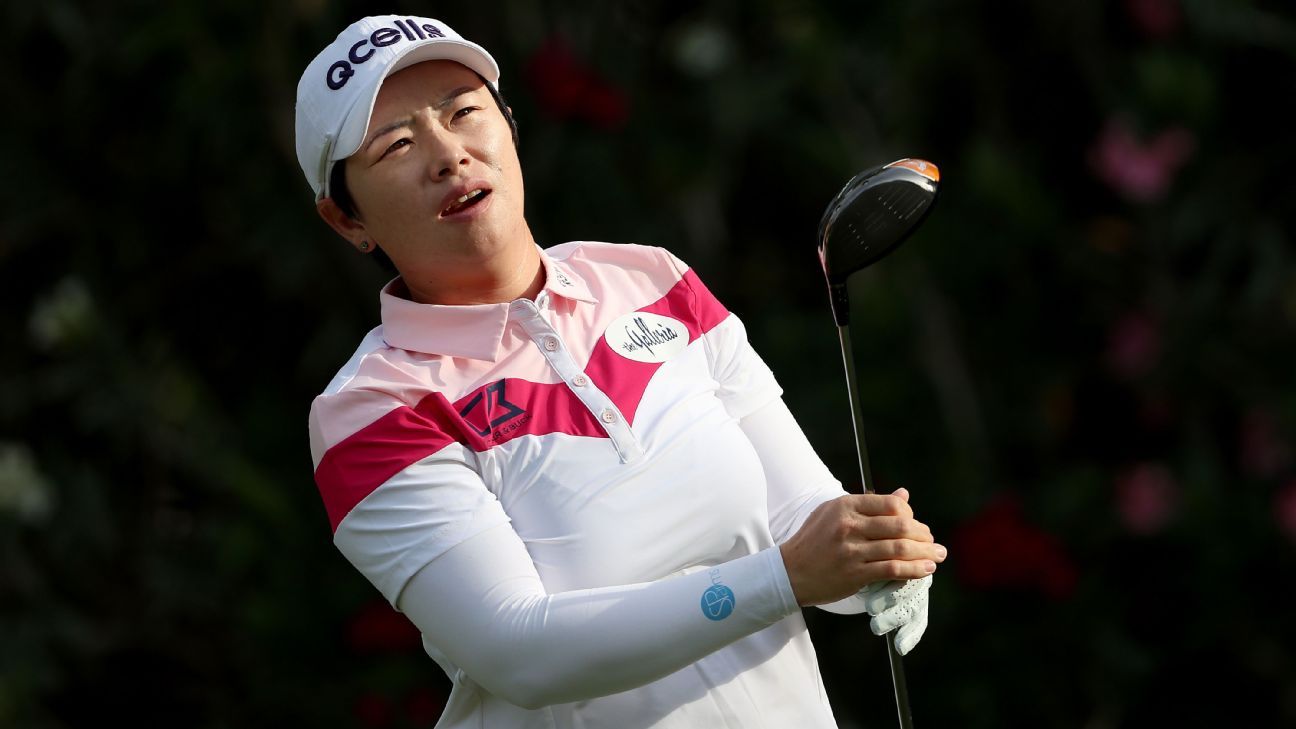 LAS VEGAS — Eun-Hee Ji made quick work of Madelene Sagstrom in the Bank of Hope LPGA Match-Play quarterfinals, playing only 12 holes in a 7-and-6 victory Saturday. Andrea Lee, Lilia Vu and Ayaka Furue needed extra holes to join her in the semifinals.

Ji will face Lee, and Vu will play Furue on Sunday morning at Shadow Creek. The championship and third-place match are Sunday afternoon.

“It was just a real grind out there,” Lee said. “It’s tough out here in the afternoon. It was getting windy and the greens were firmer than this morning. Just had to stay really patient.”

Furue edged Jodi Ewart Shadoff with 30-foot par putt on the 22nd hole. The Japanese player is the highest remaining seed at No. 10. Ji was seeded 36th, Lee 48th and Vu 51st.

“It’s been a really long day,” Furue said. “So, just go home, do the same thing I been doing all week – take a cold shower, kind of relax, prepare myself for tomorrow, and come back out tomorrow and be ready to play.

“Felt like I was fighting tooth and nail all afternoon,” said Vu, the only one of the semifinalists to win all five of her matches. “So happy to come out with the win.”

Ji beat fellow South Korean player Hye-Jin Choi 2 and 1 in the morning in the round of 16.