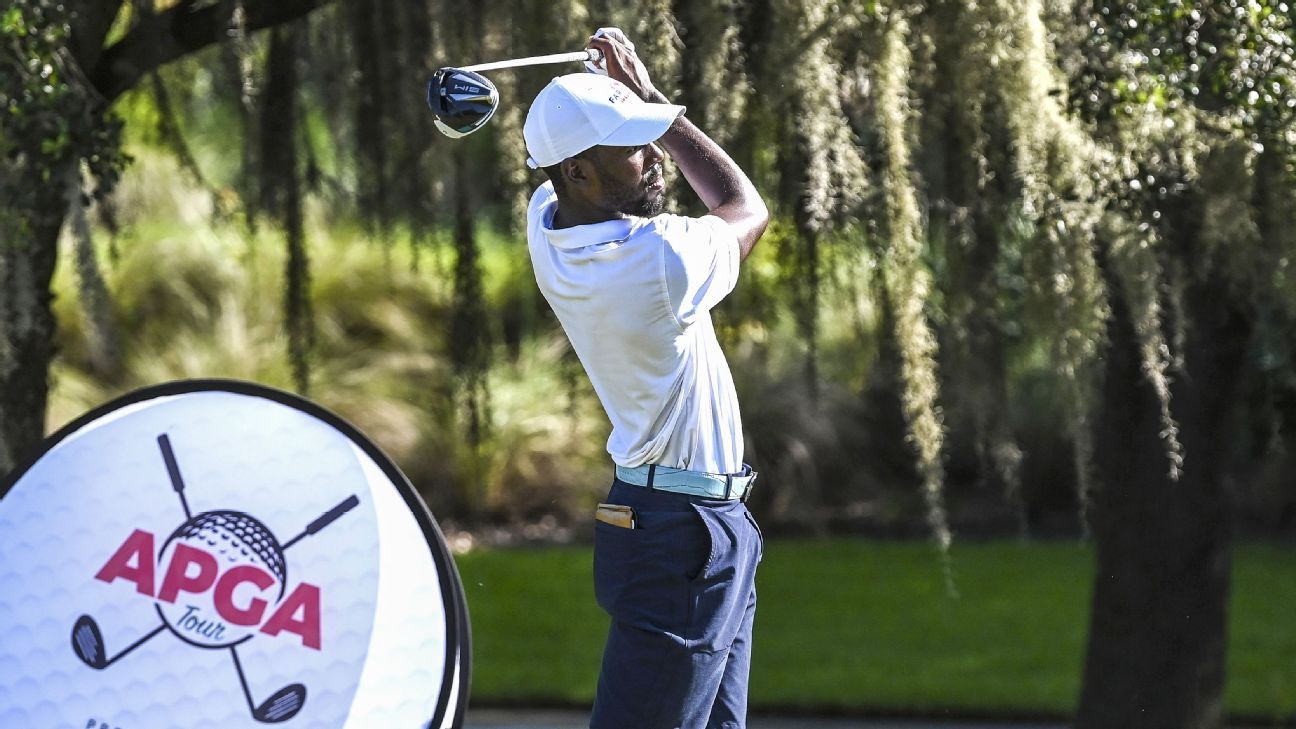 SAN ANTONIO — Kamaiu Johnson hit a 97-yard bunker shot to a foot for birdie on the final hole and a 5-under 67 that gave him a one-shot victory Tuesday in the Mastercard APGA Tour Championship and made him the top player on the circuit geared toward minorities in golf.

Along with winning $50,000 — the largest in the history of the Advocates Professional Golf Association history — Johnson won the Lexus Cup and was APGA Tour player of the year.

He finished at 7-under 137 at the TPC San Antonio. Marcus Byrd and Daniel Augustus each missed birdie putts on the 18th hole and tied for second.

With the win, the 29-year-old Johnson earned an exemption into early-stage tournaments on the PGA Tour Latinoamerica. The Lexus Cup title gets him into Korn Ferry Tour qualifying in September.

“Things have been trending in the right direction and I’m happy that it came together today at the Tour Championship,” Johnson said. “My goal was to win twice on the tour this year and take the Lexus Cup. I’ve been working hard with my team and I got it done.”

He now has four APGA titles in the last three years.

The Tour Championship was the 12th tournament of the season. TPC San Antonio is the eighth TPC property to host the APGA Tour this year as part of its partnership with the PGA Tour.

Fowler moves on from caddie in 'team decision'