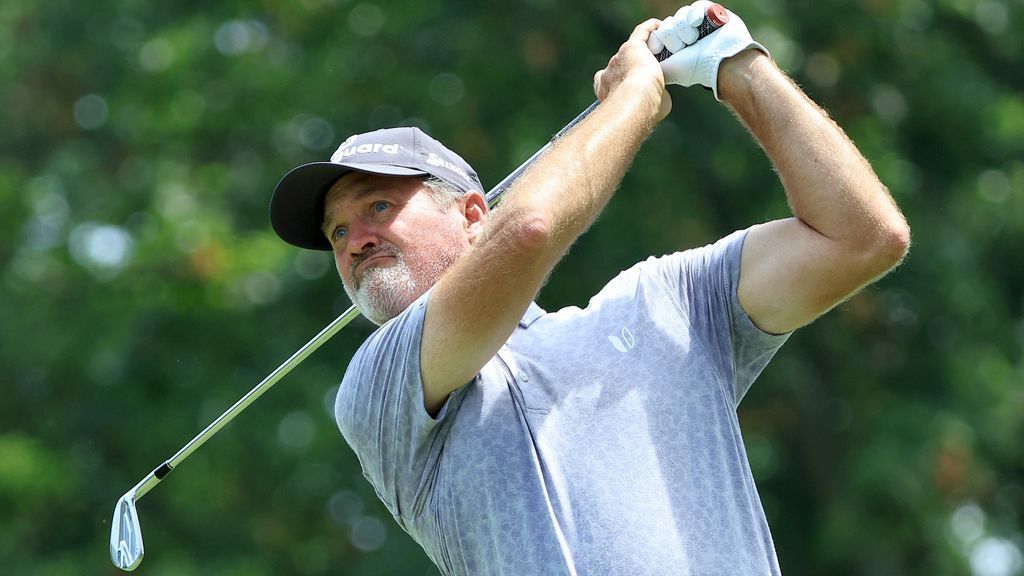 AKRON, Ohio — Jerry Kelly shot a 5-under 65 on Saturday for a share of the third-round lead with Alex Cejka in the Bridgestone Senior Players Championship.

The Principal Charity Classic winner last month in Iowa, the 55-year-old Kelly had six birdies and a bogey to match Cejka at 9-under 201 on Firestone Country Club’s South Course.

“No. 1, getting the ball in the fairway, so I can have control of my irons,” Kelly said. “Not trying to do too much with my iron shots, just giving myself good looks. And then the putter was better today.”

Cejka birdied four of the last five holes for a 67. The 51-year-old Czech-born German is chasing his third senior major title after winning the Regions Tradition and Senior PGA last year.

“It’s great to finish strong,” Cejka said. “I played pretty good all day long, but had a terrible start, made two stupid bogeys. Had a lot of good chances, couldn’t make a putt with great shots. It’s frustrating.”

“Only two shots back and a lot of golf left,” Stricker said. “Eighteen holes around here, you can make up ground in a hurry, so that’s kind of what I need to do tomorrow.”

Stricker, the Regions Tradition in May, grew up playing against Kelly in their hometown of Madison, Wisconsin.

“He plays well here,” Stricker said. “This is just like the course he grew up on, just a little bit longer is all. I expect him to play well here. And yeah, he’ll have a challenge tomorrow. There’s a lot of guys behind him.”

Alker is a three-time winner this season and the Charles Schwab Cup points leader. The 51-year-old New Zealander won the Senior PGA Championship in late May in Michigan for his first senior major victory.