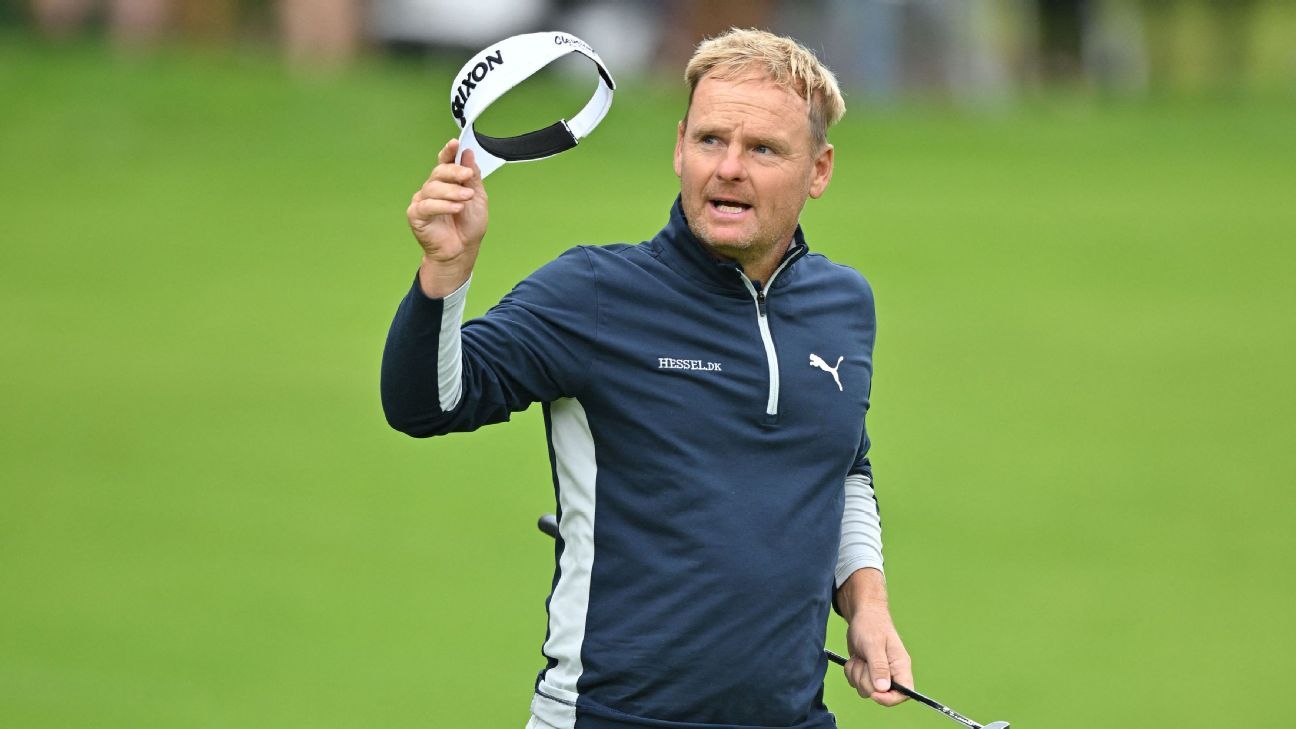 Denmark’s Soren Kjeldsen blazed his way to an eight-under 64 in the second round of the BMW PGA Championship to grab a share of first place alongside Norwegian Viktor Hovland at Wentworth on Saturday, with Rory McIlroy one shot off the pace.

The flagship event of Europe’s DP World Tour was reduced to 54 holes after play on Friday was cancelled following the death of Queen Elizabeth.

Kjeldsen had a dismal start when he made bogey on the opening hole but soon found his groove, sinking an eagle on the par-five fourth before making seven birdies in a superb round of golf to end the day at 12-under for the tournament.

“Obviously I don’t hit it a long way but if I hit it solid and I hit it into the fairway, it’s possible for me to compete,” Kjeldsen, who has four wins on the DP World Tour, said.

“I made a few more putts today. I putted decent in round one but I putted well today I thought, so there was the four shots [saved compared to the first round.]”

Hovland, the joint-leader from Thursday, was steady on the greens but undone by a costly bogey on the par-four 15th, eventually carding a four-under 68.

Four-times major winner McIlroy was among three players tied for third at 11-under after the Northern Irishman shot a bogey-free 65, with Matthew Jordan and Shane Lowry among a group of five players one shot further back.

McIlroy was thrilled with his putting after making two excellent saves on the 13th and 16th before ending his round with two successive birdies.

“Par putt on 16 was huge… I thought my putting today was really good, and that’s really what’s kept me in the tournament,” the 33-year-old said.

McIlroy is chasing a rare double as he leads the overall DP World Tour standings having already won the PGA Tour’s FedEx Cup for a third time last month.

“I had that great finish in the States, I wanted to turn my attention to here and win the Rankings. It would be great to win it for the fourth time, and I didn’t want to let up,” he added.

The day was a struggle for Englishman Tommy Fleetwood, who led after the first round but saw his challenge fall away following a one-over 73, while Australian Min Woo Lee put on a sizzling show by carding a 10-under 62 to stand at six-under.

Harrington holds on to lead in St. Louis by 1 shot