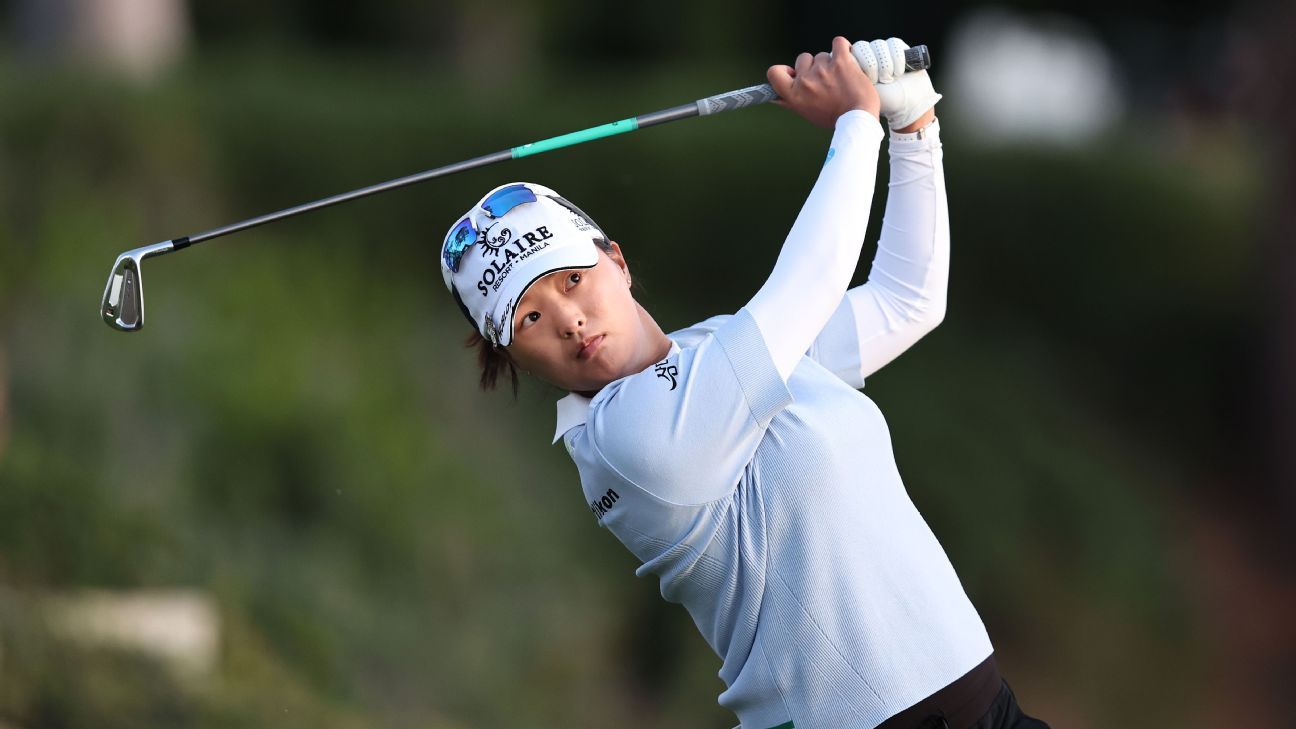 LOS ANGELES — Jin Young Ko had five back-nine birdies in a 7-under 64 at demanding Wilshire Country Club for a share of the second-round lead Friday with Nasa Hataoka in the DIO Implant LA Open.

Five strokes behind first-round leader Alison Lee after a 71, the top-ranked Ko moved into position for her second victory of the season in the first of two straight LPGA Tour events in the Los Angeles area.

“My putting was so good today,” Ko said. “I wasn’t expecting to play really well today because in the afternoon it’s always hard to play this course. But my putting was good, so I’m happy with it.”

Hataoka birdied her final three holes for a 68 to match Ko at 7 under.

“The wind was pretty strong,” Hayaoka said. “The greens are pretty tight, narrow. So my plan was to hit the green, not try to be too aggressive. On the back nine, the wind kind of got weaker, so I was able to hit at the pin.”

Hannah Green was third at 5 under after a bogey-free 67. The Australian won her two LPGA Tour titles in 2019.

“I’m very pleased,” Green said. “I guess today’s round kind of felt like even more under par than what it was. I was pretty solid with my putting all day today which was nice because yesterday I had a couple three-putts.”

“You’ve got to really be careful how you play the holes — and you can’t get too greedy,” Park said. “Even though the course is short, it’s just really tough.”