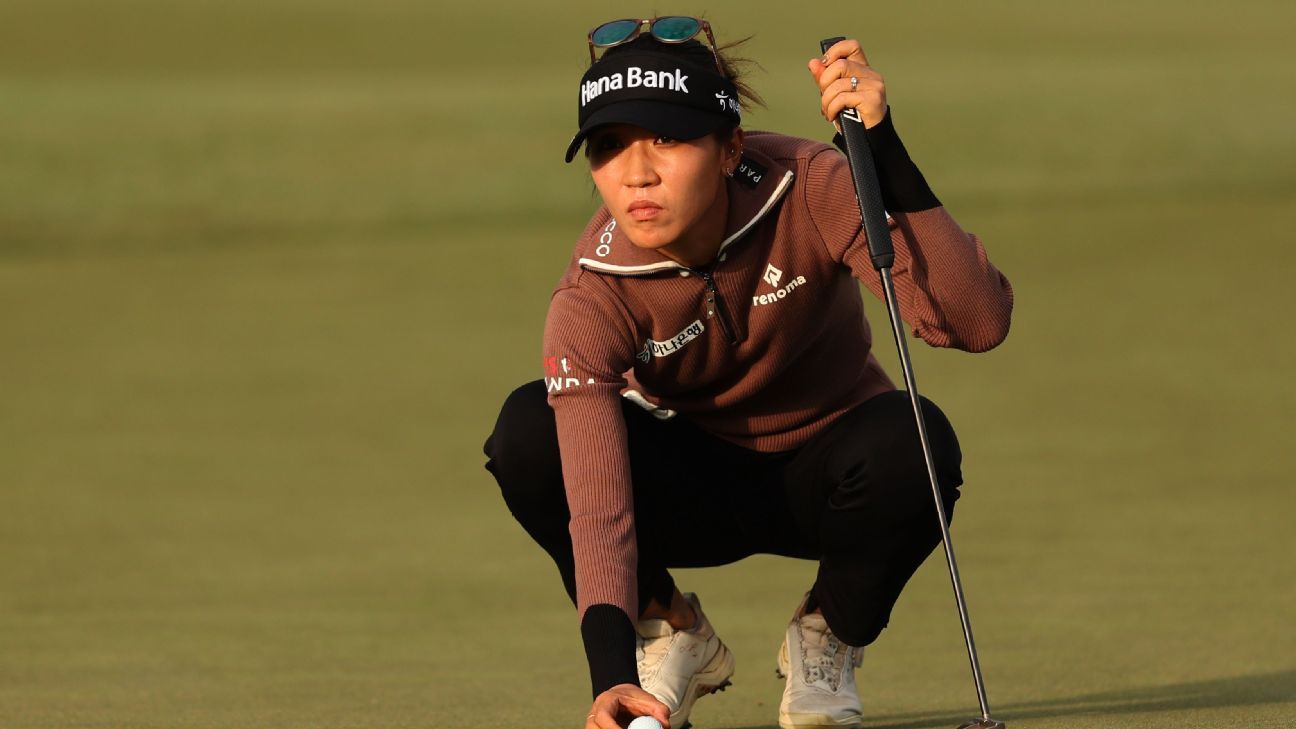 NAPLES, Fla. — Lydia Ko is in total control at the halfway mark of the CME Group Tour Championship.

Total control of the season-long scoring and money races, too.

Ko shot a 6-under 66 on Friday in the second round of the LPGA Tour’s season finale, pushing her to 13 under for the tournament and 5 shots clear of Hyo Joo Kim through 36 holes.

Ko made four birdies in a six-hole stretch midway through her round, rolled in a testy 4-footer to save par on the par-4 13th to maintain what was then a 4-shot lead, and hasn’t dropped a shot since her opening hole Thursday.

“I just wanted to focus on my game,” said Ko, who turned a 1-shot lead entering Friday to the 5-shot edge when it was over. “It was a pretty tight leaderboard. I shot a low one yesterday and that round, it can be anybody throughout the week.”

Except right now, it’s not anybody else going as low as Ko has.

Her flawless round capped a big day for the LPGA, which unveiled its 2023 schedule with a record-setting $101.4 million in purses earlier Friday.

Ko’s 66 was the best score of the day; four other players shot 67s. Through two rounds at Tiburon, there have been four scores of 66 or lower; Ko has two of them after an opening 65 on Thursday.

Korda was making a move on the front, closing her first nine with three birdies in a four-hole stretch. But she made nothing but pars on the back nine.

“Lyds is playing well,” Korda said. “She’s had an amazing year. To catch her I’m just going to have to play aggressive and drain the putts.”

And even that might not be enough. Everyone is chasing Ko, who is chasing trophies and more.

Ko entered the week with a one-point lead in the race for LPGA Tour player of the year. She needs to avoid just all-out disaster on the weekend to win her second consecutive Vare Trophy for having the year’s lowest scoring average. Those titles would move her closer to the LPGA Hall of Fame.

And with $2 million, the biggest single prize in women’s golf, awaiting the winner that means the money title is within her reach as well.

“It was a solid day,” Ko said. “It was more solid than yesterday. … I couldn’t really have asked for more to start this week.”

Ko is now averaging 68.964 this year. Atthaya Thitikul‘s average for the season is 69.447. It would take about a 40-shot swing between them on the weekend for Thitikul to catch Ko in that race.

“Lydia is Lydia,” said Ireland’s Leona Maguire, who shot 69 for the second consecutive day; she’s tied for seventh at 6 under, 7 shots back of Ko. “I’m sure she’s going to keep going, so ultimately try and shoot as low as we can over the weekend and see what happens.”

DIVOTS: Jin Young Ko, bidding for a fourth consecutive win on the Tiburon course, shot 75 and is 16 shots back. Stacy Lewis holed out from a greenside bunker on the 18th to finish a round of 70 with a birdie. She’s 5 under for the tournament. … Brooke Henderson, clearly ailing from the back issue that bothered her last week as well, shot 2-over 74 and is 2 under for the week. … Pajaree Anannarukarn and Danielle Kang each had 66s on Thursday; neither came close to that Friday. Anannarukarn shot 73, Kang 74.