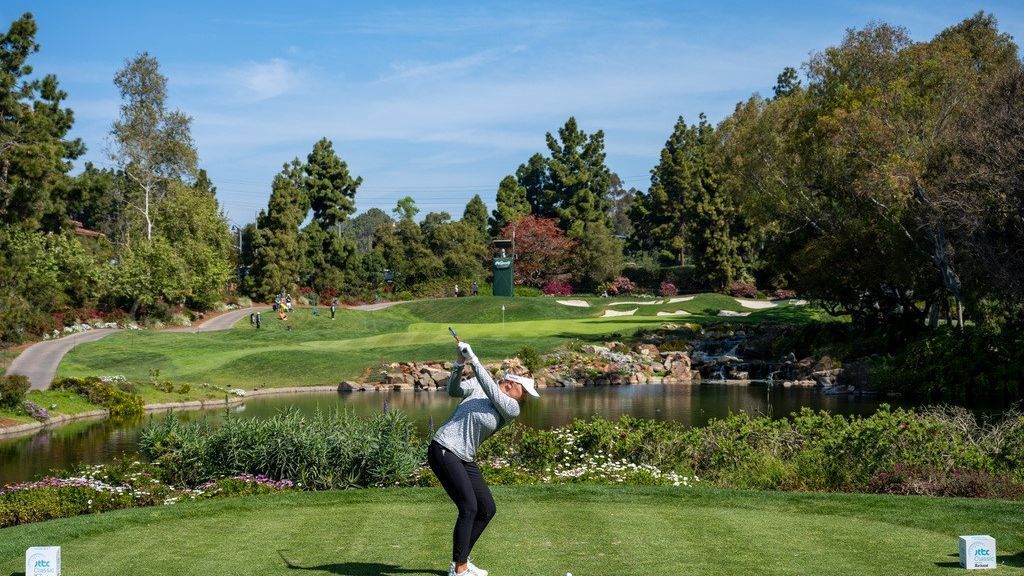 CARLSBAD, Calif. — Nanna Koerstz Madsen shot a 5-under 67 on Friday to take a two-stroke lead in the JTBC Classic in a bid to win in consecutive starts.

Two weeks after breaking though in Thailand to become the LPGA Tour’s first Danish champion, Koerstz Madsen was back on top at Aviara Golf Club in the final event before the first major of the season next week at Mission Hills.

“I have confidence out there,” Koerstz Madsen said. “I’ve made a lot of good putts out there. Today, I hit love more fairways, which made me able to set up more birdie chances. A lot of good stuff.”

A stroke behind top-ranked Jin Young Ko after an opening 66, Koerstz Madsen got off to fast starts on both nines in her morning round. She said she feels more comfortable and relaxed after the breakthrough victory in Thailand.

“Especially, on the first tee,” Koerstz Madsen said. “I don’t know, it just changes you a little bit I guess having a win on your back, especially so recently.”

She birdied four of the first five, dropped a stroke on the par-5 eighth and reeled off three more birdies on the first four holes on the back nine. She gave back a shot with a bogey on the par-5 17th.

“As long as I’m doing what I can do, then that’s good for me,” Koerstz Madsen said. “If I stay positive out there, then I’m happy with that.”

Coming off a victory three weeks ago in Singapore, Jin Young Ko extended her tour record for consecutive sub-par rounds to 32, but her run of rounds in the 60s ended at 16.

“I tried to hit it 60s, but I couldn’t,” Jin Young Ko said. “I don’t know what happened. But greens are little tricky to me, so I missed a lot of putts.”

The winner of six of her last 10 tournaments, she’s preparing for The Chevron Championship, the major tournament she won in 2019 that is being played at Mission Hills for the final time.

“I have two more days before the major tournament,” she said. “I’m looking forward next two days.”

Lydia Ko won the 2016 tournament. She won the Gainbridge LPGA in January.

“I gave myself a few more opportunities for birdies today,” Lydia Ko said. “The front nine yesterday, I struggled to get my club selection on and that just set up a lot of mid- to long-range putts. I was able to get the hang of things maybe when the temperature got warmer.”

Choi closed with a birdie on 18. The 22-year-old South Korean rookie was second in the 2017 U.S. Women’s Open as an amateur.

“I’m kind of like little nervous, but then I’m very happy with my round yesterday and today,” Choi said. “I will do my best for the last rounds.”

Defending champion Inbee Park was 5 under after a 68. She played alongside Jin Young Ko and Jessica Korda the first two days. Korda also was 5 under, shooting 70.

Race to CME Globe leader Danielle Kang was 1 under, following an opening 69 with a 74. She won the season-opening Tournament of Champions in January.

Lexi Thompson also was 1 under after a 70. She closed with an eagle on the par-4 ninth.