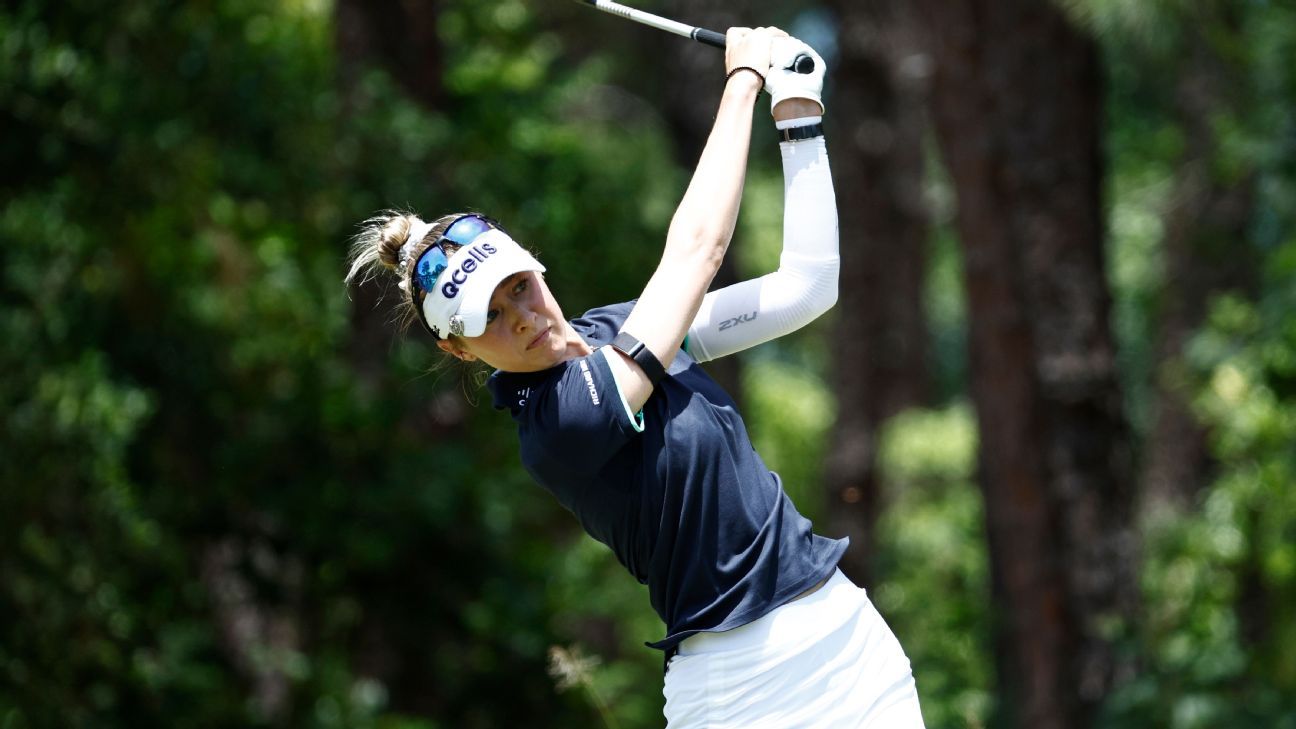 BELMONT, Mich. — Defending champion Nelly Korda made a 22-foot eagle putt on the par-5 18th for a 6-under 66 and the third-round lead Saturday in the LPGA Meijer Classic, with six majors champions topping the leaderboard.

Making her second start since returning from a four-month break because of a blood clot in her left arm, Korda also eagled the par-5 eighth and had three birdies and a bogey. She was at 18-under 198 at Blythefield Country Club.

Jennifer Kupcho, two strokes ahead of playing partner Korda entering the day, had a 69 to drop a shot back. She rebounded from her first bogey of the week – on the par-4 17th – with a two-putt birdie on 18.

The second-ranked Korda tied for eighth two weeks ago in the U.S. Women’s Open in her first event since early February. She also is the defending champion next week in the KPGA Women’s PGA at Congressional.

Kupcho won the major tournament at Mission Hills in the California desert in early April for her first LPGA Tour victory.

Brooke Henderson, the ShopRite LPGA Classic winner Sunday in New Jersey and 2017 and 2019 champion at Blythefield, was third at 15 under after a 67.

Atthaya Thitikul was 12 under after a 67.

No free drop after Thomas' shot stops near drain