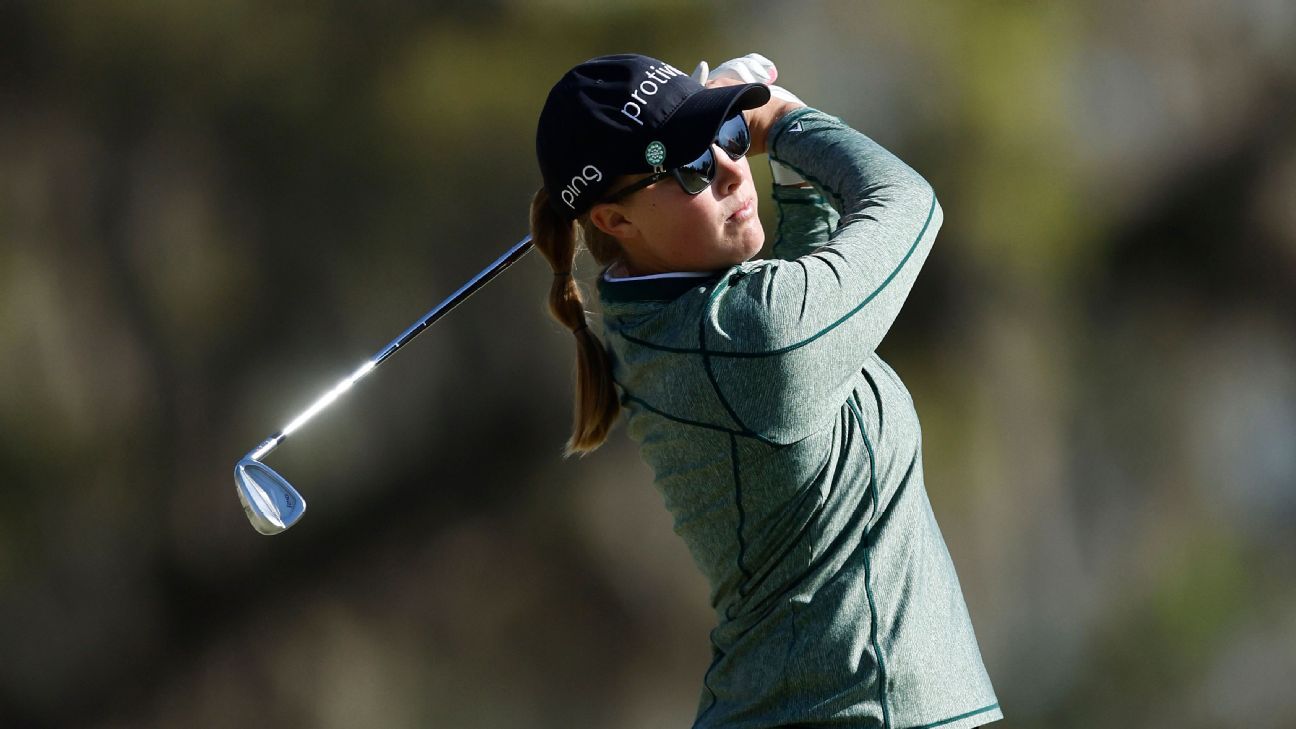 RANCHO MIRAGE, Calif. — Jennifer Kupcho started fast and kept on going Saturday in The Chevron Championship to take a six-stroke lead into the last round ever at Mission Hills in the major championship.

Kupcho shot an 8-under 64 on anther hot and sunny afternoon in the Coachella Valley for a tournament-record 16-under 200 total. Defending champion Patty Tavatanakit, playing alongside Kupcho in the second-to-last group, was second after a 70.

Kupcho moved into position to win for the first time on the LPGA Tour and take the last victory leap in Poppie’s Pond, three years after passing up a spot in the event to play and win that week in the inaugural Augusta National Women’s Amateur.

The tournament that started in 1972 and became a major in 1983 is moving to Houston after failing to attract a sponsor willing to keep it at history-packed Mission Hills.

Kupcho birdied eight of the first 12 holes in mostly calm conditions. After an opening par, the 24-year-old former Wake Forest star from Colorado birdied the next four. She added a birdie on No. 8 and opened the back nine with three straight birdies.

Tavatanakit appeared to be in position to cut into the lead on the par-5 11th when she hit her 256-yard second to 6 feet, with Kupcho in the left greenside bunker in two. But Tavatanakit missed the eagle putt and Kupcho got up-and-down for birdie, holing a 6-footer to match Tavatanakit.

Both players bogeyed the par-4 13th, and Kupcho stretched the lead to seven on the par-3 17th when she made a 10-foot birdie putt and Tavatanakit dropped a shot. Tavatanakit got one back with a birdie on the par-5 18th.

Jessica Korda was third at 9 under after a 67.

“They’re baking out these greens, so it’s really tough and you got to keep figuring out where to land it and how much it might roll out,” Korda said. “It’s playing a pretty big factor, especially on some of these pins.”

“Score-wise, obviously, I have to shoot like lights out, but honestly just overall enjoying every single step of being the last round out here,” Thompson said. “Hopefully, they can get another event out here.”

Koerstz Madsen has a playoff victory and loss in her last two starts, beating Xiyu Lin three weeks ago in Thailand to become the first Danish winner in LPGA Tour history and losing to Atthaya Thitikul last week in Carlsbad.

Second-round leader Hinako Shibuno had a 77 to drop 12 strokes back.

Brooke Seay, the Stanford junior who turned down a spot at Augusta to play the final event at Mission Hills, was the only one of the four amateurs in the field to make the cut. She was 1 over after a 75.