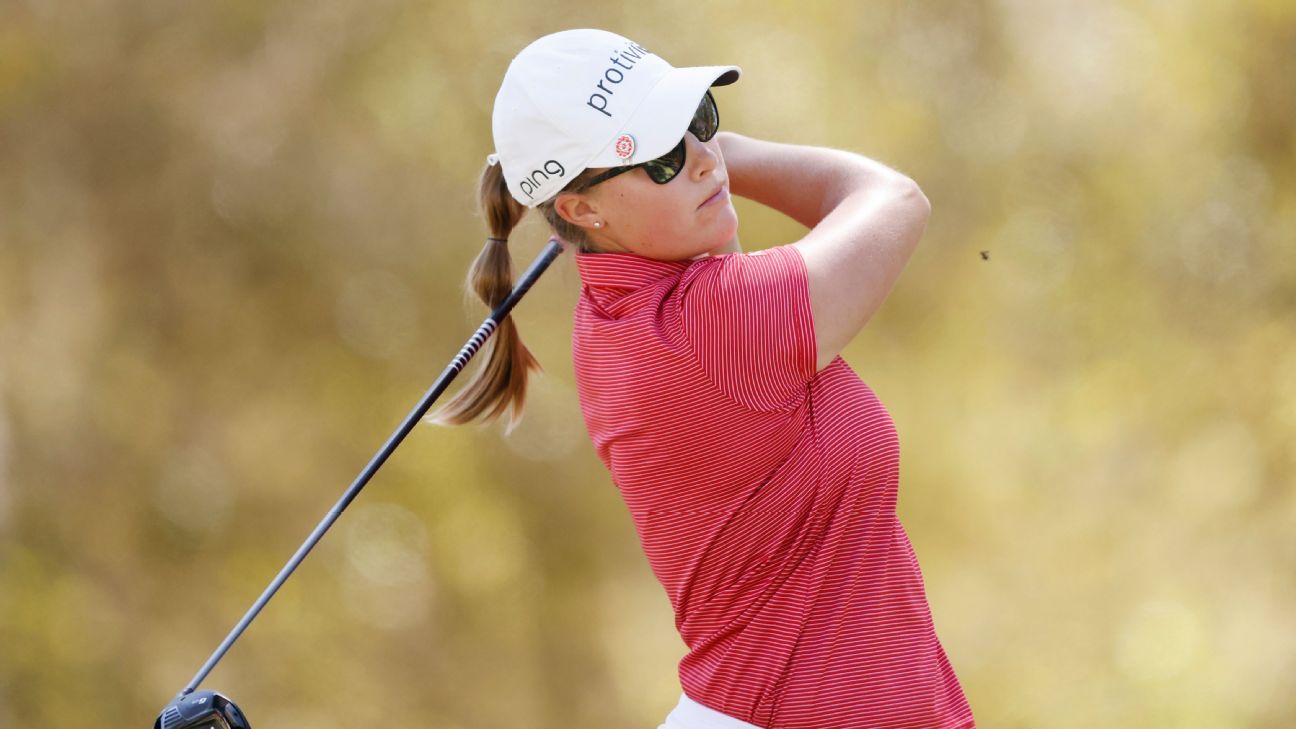 MIDLAND, Mich. — Jennifer Kupcho and Lizette Salas won the Dow Great Lakes Bay Invitational on Saturday, closing with a 9-under 61 in best-ball play for a 5-stroke victory in the LPGA Tour’s lone team event.

The U.S. Solheim Cup partners finished at 26-under 254 at Midland Country Club. They opened Wednesday with a 68 in alternate shot, shot a best-ball 61 on Thursday and took a 4-stroke lead Friday with an alternate-shot 64.

Kupcho won for the third time this year and in her career, while Salas won her second tour title. Kupcho won the major Chevron Championship in early April in the California desert and the Meijer LPGA Classic last month in Belmont, Michigan. Salas also won the 2014 Kingsmill Championship.

Matilda Castren and Kelly Tan were second after a 62.

Former Arkansas players Stacy Lewis and Maria Fassi shot a 59 to finish third at 20 under.

Cheyenne Knight and Elizabeth Szokol had a 61 to match Tiffany Chan and Haeji Kang at 19 under. Chan and Kang shot a 62.

Annika Sorenstam and Madelene Sagstrom, tied for the first-round lead, closed with a 66 to tie for 28th at 11 under.

The 51-year-old Sorenstam made her second LPGA Tour start of the year and only her third since retiring after the 2008 season. The Hall of Famer missed the cut last month in the U.S. Women’s Open.

All eyes at St. Andrews are on Rory McIlroy and his holy grail moment at The Open