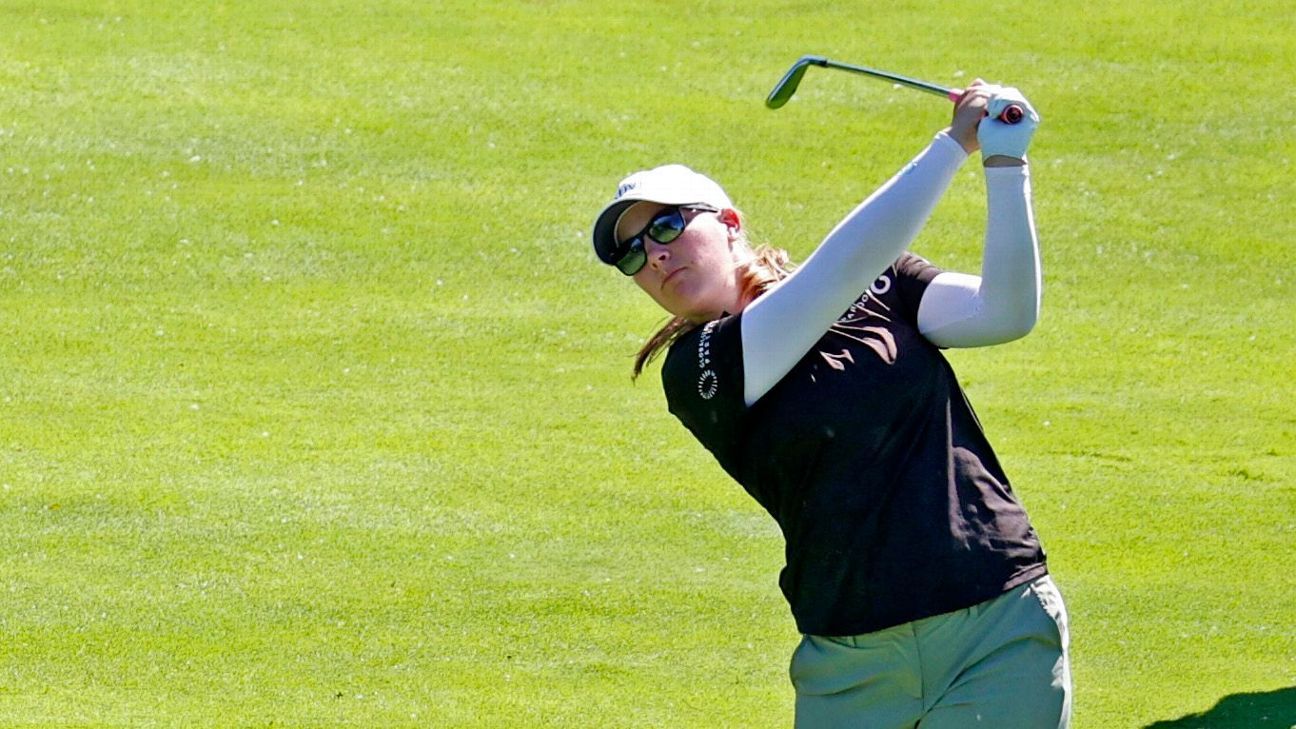 BELMONT, Mich. — Jennifer Kupcho shot a 9-under 63 on Thursday at windy Blythefield Country Club to take a one-shot first-round lead in the LPGA Meijer Classic.

Kupcho eagled the par-5 14th and had seven birdies in the bogey-free round.

“I hit a mistakenly really great shot on the first hole,” Kupcho said. “Honestly, thought I was going to miss the green but ended up great. Took advantage of that, and then sunk a longer putt on the second hole, and that really just boosted my confidence, especially in this wind.”

She won the major tournament at Mission Hills in the California desert in early April for her first LPGA Tour victory.

“I’ve been here the last couple of years and really been comfortable with this place,” Kupcho said. “Honestly, a lot of the holes are birdie holes, so I felt like I could go out and birdie every hole. I think that that was just the mindset starting every new hole, is doing that.”

“I haven’t really been posting many numbers as of late, so it just really gave me a big confidence boost and I kind of felt like my old self, just kind of plunking away and not thinking about the number or one more or calculating,” Mendoza said. “I just really stayed present in every shot.”

Lexi Thompson, the 2015 winner, was another stroke back at 65 with Swedes Anna Nordqvist and Madelene Sagstrom. Andrea Lee shot 66.

“I just kind of felt really relaxed the whole day,” Thompson said. “Coming into today I knew I’ve been hitting it well and I’ve been putting in the work, so just coming out here and believing in myself and just staying in the moment, in the present.”

Defending champion Nelly Korda opened with a 67. She’s making her second start since returning from a four-month break because of a blood clot in her left arm.

Korda also is the defending champion next week in the KPGA Women’s PGA Championship at Congressional.

All eyes are on Phil Mickelson for everything but his golf