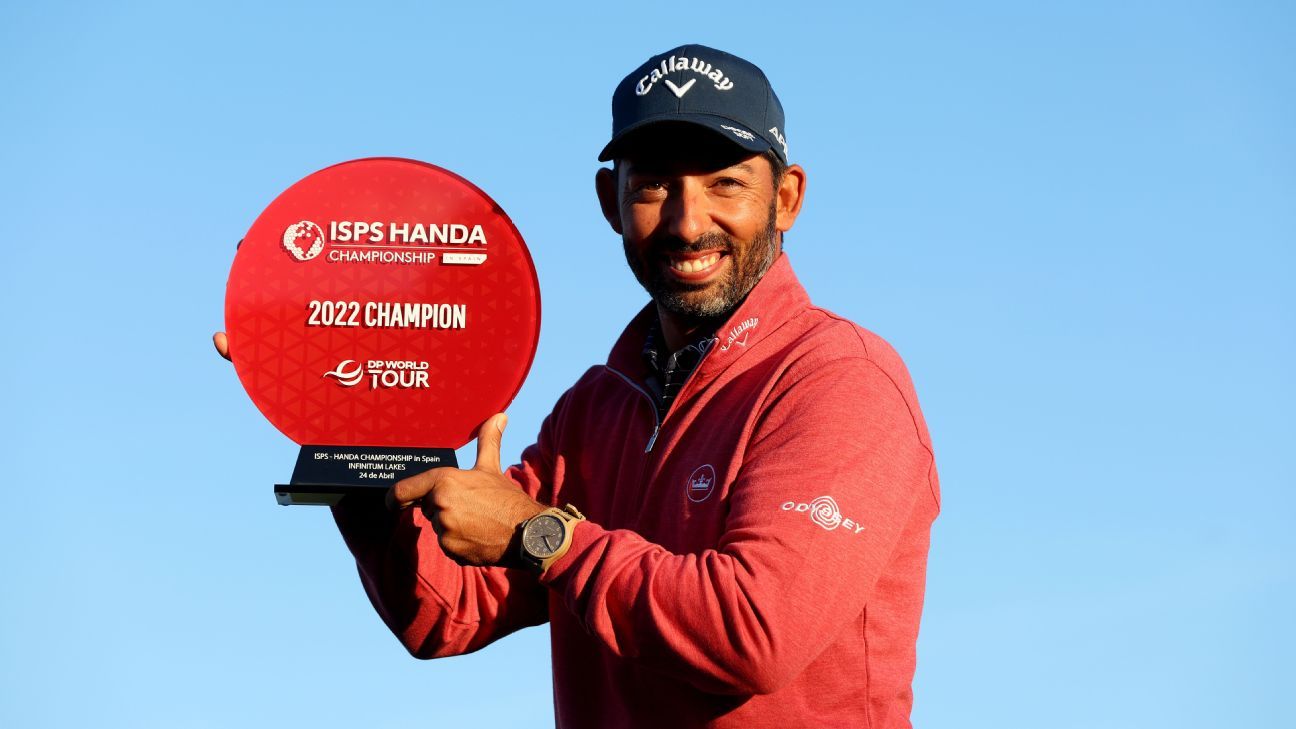 Larrazabal made nine birdies and a bogey at the Lakes Course to secure a one-shot victory over countryman Adrian Otaegui (66).

“What a day. But I knew that my golf was there,” the 38-year-old Larrazabal said. “I couldn’t make any putts the first three days but I told my girlfriend last night that she had to choose my clothing for the [winning] pictures.

“I knew that I had a low one in my bag and that’s what I did. Today I holed putts and that was key. I mean, to shoot 62 in windy conditions with the flags out there, it was good.”

Larrazabal finished with a 15-under 265 total. His first title of the year was at the MyGolfLife Open in South Africa.

Bad weather in northeast Spain had forced organizers to suspend the third round on Saturday with Scott Jamieson at the top. Jamieson shot even par to finish in a tie for 10th, eight shots off the lead.

The ISPS Handa Championship is the first of four consecutive events in Europe between the season’s first two majors.

The European tour stays in Spain next week for the Catalunya Championship. The two new events in Spain were added to the schedule to replace tournaments in Japan and China due to travel restrictions because of the coronavirus pandemic.

Hataoka cashes in on Ko's meltdown in LA Open