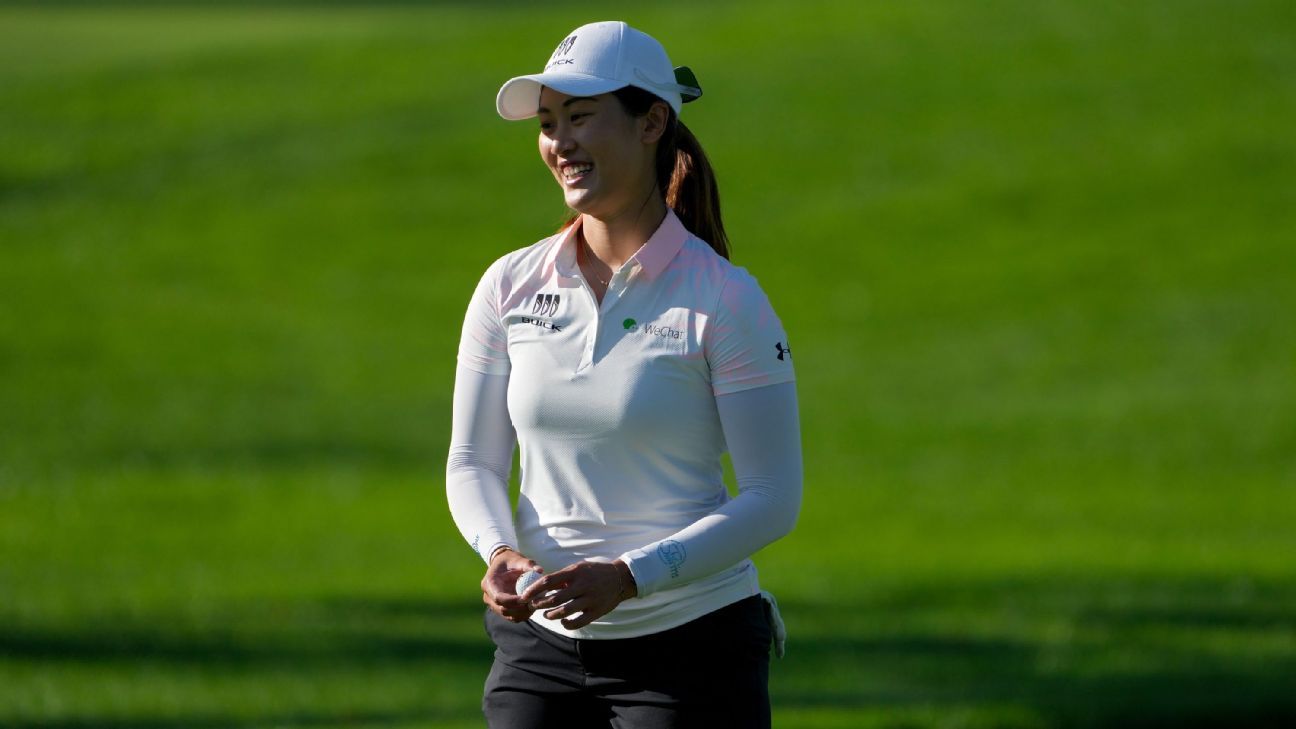 THE COLONY, Texas — Charley Hull began the back nine with a double bogey and then settled down to salvage an even-par 71 on Saturday to share the lead with Xiyu “Janet” Lin going into the final round of The Ascendant LPGA.

Lin had missed a 15-foot birdie putt on the final hole that would have given her the lead, settling for a 69 to join Hull at 11-under 202 at Old American Golf Club.

But on a breezy day in North Texas on firm turf, the final round figures to be wide open.

Lydia Ko bounced back from a double bogey on the par-3 11th hole by making four birdies over the next six holes and posted a 67. Celine Boutier had four birdies on the front nine on her way to a 66. They were one shot behind.

Another shot back was Maddie Szeryk, the LPGA rookie from Canada, who started the season with six missed cuts in a row and has yet to register a top-20 finish.

Lin already has been runner-up twice this year, in Thailand and Cincinnati, as she goes for her first LPGA title after big success in her native China.

“I’m obviously happy every week I put myself in good positions. I’ve been making cuts very frequently and there are weeks when I’m feeling better and I’m just higher on the leaderboard,” Lin said. “I keep telling myself how good I am right now, and tomorrow I’m definitely in the mix, definitely have a chance. Just need to be patient.”

Hull won on the Ladies European Tour last year, but it has been six years since her lone LPGA Tour title.

Hull, who is from England, had no complaints about her day except for one swing, and even that didn’t bother her too much.

“I was swinging it quite well, so I’m not going to let one bad swing affect me,” she said. “It wasn’t really that bad – hit the cart path and rolled into the rough, and then it was a bit of a dodgy drop because it was just awkward. Got out with a double and finished on level, so it was all right.”

Atthaya Thitikul, the 19-year-old from Thailand who started the third round two shots behind, dropped three shots early and from there it was a battle to get back. She holed a 30-foot birdie putt on the par-5 13th and finished with pars for a 72.

She still was in the mix at three shots behind. Coming off a win last week in Arkansas, Thitikul can replace Jin Young Ko atop the women’s world ranking.

Hull wasn’t the only player to regret one hole. A bad swing led to a double for Lydia Ko, who said she was “trying to be cute with a hybrid.”

“That just didn’t make me too frustrated, and I knew that next hole with a couple good shots I could easily recover from that,” Ko said.

Lexi Thompson, winless on the LPGA Tour in more than three years, also kept herself in the hunt with a 69. She was in the group four shots back that include A Lim Kim, the former U.S. Women’s Open champion.