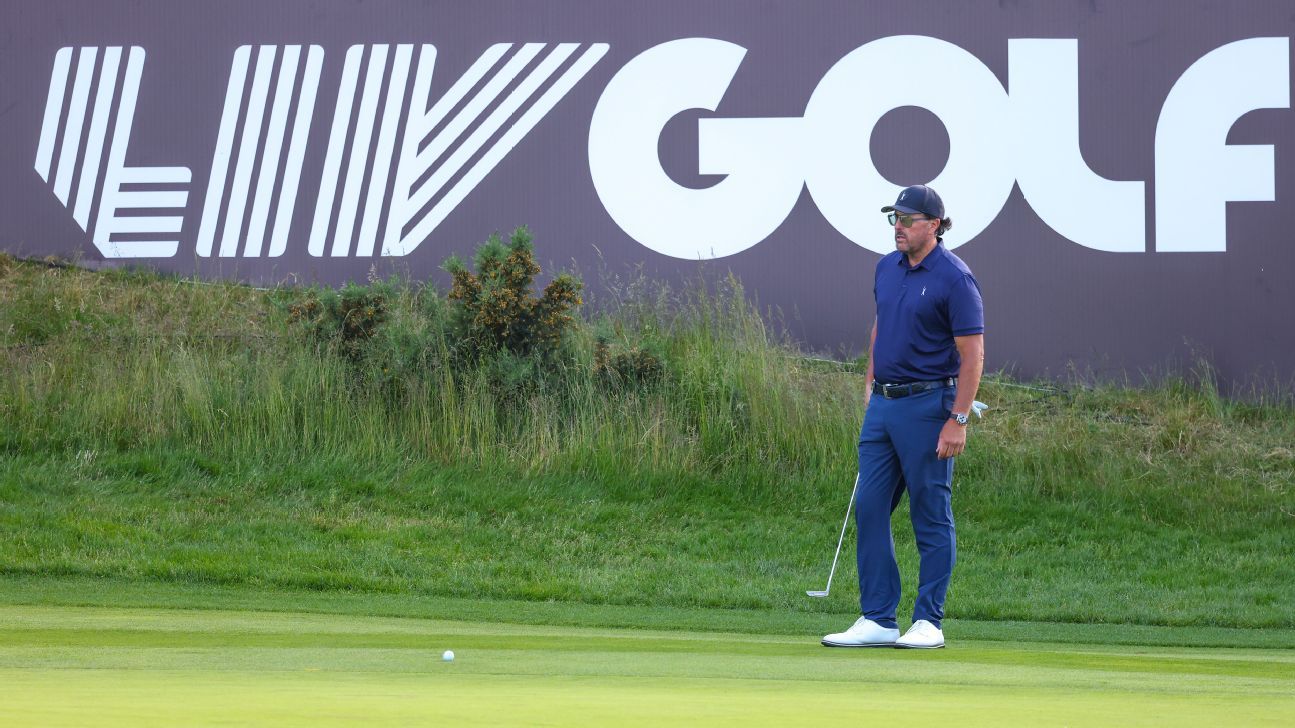 ST. ANDREWS, Scotland — The Official World Golf Ranking board began considering LIV Golf’s application for recognition during a meeting at the R&A headquarters in St. Andrews on Tuesday.

In a statement, the OWGR said LIV Golf applied for inclusion on July 6.

A LIV spokesperson declined to comment about the meeting.

The players who competed in LIV Golf’s first two events in London and Portland, Oregon, did not receive world ranking points.

Players competing in LIV Golf who aren’t eligible to play on other tours will not earn OWGR points. The governing bodies of the four major championships use OWGR standings to determine exemptions for golf’s biggest events.

The PGA Tour suspended more than 20 players for participating in those tournaments without conflicting-event releases. The DP World Tour also handed down punishments to its players who competed in LIV events, including a $125,000 fine and suspensions from three events co-sanctioned by the PGA Tour: the Scottish Open, Barbasol Championship and Barracuda Championship.

The world ranking for most LIV players has already fallen. Since the week before the first LIV event at Centurion Club outside London on June 9-11, Phil Mickelson‘s world ranking slipped from 72nd to 92nd, and Bryson DeChambeau, who made his LIV debut at Pumpkin Ridge outside Portland, has fallen from 28th to 33rd. Dustin Johnson fell from 15th to 18th, his lowest ranking since he was 21st in February 2015. He had missed six months during the previous season to address personal issues.

During an interview with Fox News in June, LIV Golf CEO Greg Norman said Monahan should recuse himself from considering LIV Golf’s application.

“It’ll be interesting to see if Jay Monahan recuses himself from that vote because of what he said on television with [CBS Sports announcer] Jim Nantz the other day,” Norman said. “So it’s very interesting and it’s sad to be, you know, putting that additional exerting pressure on it because our tour is a good tour. It’s supported. It’s got an incredible field. Our point should be that if we get the OWGR points, then everything else takes care of itself.”

During an interview with Nantz during the final round of the RBC Canadian Open on June 12, Monahan defended his position to suspend 17 players who had defected from the tour to join LIV Golf, which is being financed by Saudi Arabia’s Public Investment Fund.

Expert picks and betting tips for the 2022 Open Championship