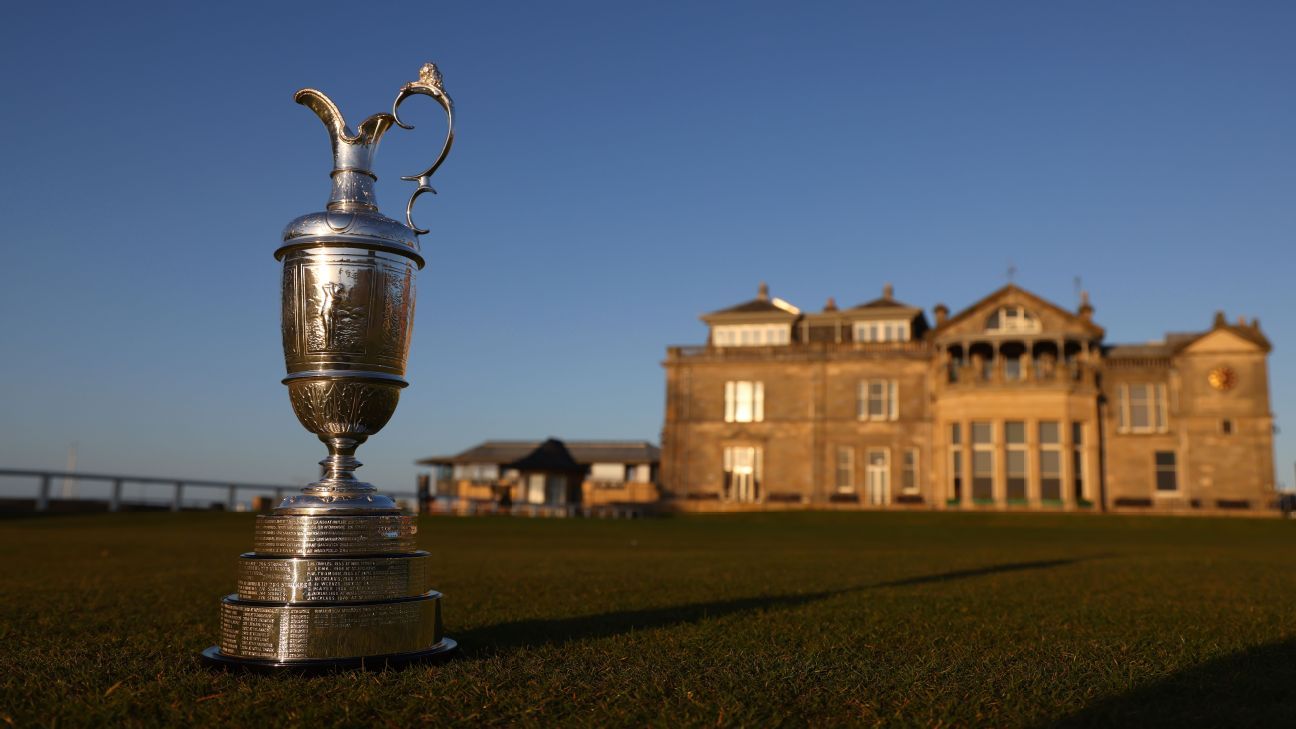 Players involved in the LIV Golf Invitational Series will be allowed to compete at the 150th Open Championship at St. Andrews next month, the R&A announced Wednesday.

The decision follows the USGA allowing players who have joined the LIV Golf Series, which is financially backed by Saudi Arabia’s Public Investment Fund, to play at last weekend’s U.S. Open at The Country Club in Brookline, Massachusetts, which was won by England’s Matt Fitzpatrick.

Four-time major champion Brooks Koepka has become the latest player to make the switch to LIV Golf, a source confirmed to ESPN on Tuesday, joining a host of stars including Phil Mickelson, Dustin Johnson and Bryson DeChambeau.

“The Open is golf’s original championship and since it was first played in 1860, openness has been fundamental to its ethos and unique appeal,” R&A CEO Martin Slumbers said in a statement. “Players who are exempt or have earned a place through qualifying for The 150th Open in accordance with the entry terms and conditions will be able to compete in the Championship at St. Andrews. We are focused on staging a world class championship in July and celebrating this truly historic occasion for golf. We will invest the proceeds of The Open, as we always do, for the benefit of golf which reflects our purpose to ensure that the sport is thriving 50 years from now.”

Sources told ESPN on Tuesday that the PGA Tour has plans to respond to the direct threat of LIV Golf, which has now signed eight of the top 50 players, introducing a revamped schedule that will include increased purses worth at least $20 million at eight existing marquee events, although the tour’s players advisory committee and board have yet to approve the changes.

PGA Tour members were told of the plans in a meeting at the Travelers Championship in Cromwell, Connecticut, on Tuesday.

Reigning Open champion Collin Morikawa repeated his assertion Tuesday that he will not join LIV Golf.

“To state for the record, once again, you all are absolutely wrong. I’ve said it since February at Riviera that I’m here to stay on the @PGATOUR and nothing has changed. Now if you’ll excuse me, I’ve got some cereal to pour in my milk,” Morikawa tweeted.

Koepka out of Travelers after news of LIV move

Betting tips for the 2022 Travelers Championship