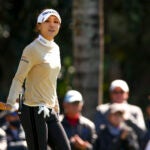 Lydia Ko waves to the crowd during the final round of the Gainbridge LPGA at Boca Rio Sunday.

It was shaping into a familiar story on the LPGA Tour Sunday afternoon as Danielle Kang held the lead late in the final round for the second straight week. Only this time, she was being pushed by a Top 3 player in the world.

Kang was flawless to start her day and held her lead until a bogey on the 13th hole squared her up with Lydia Ko, also playing from the final group. Ko had been plodding along all day, shooting even par on her front nine.

But sometimes in this game, plodding isn’t just good — it’s plenty good enough. Ko didn’t hit it closer than Kang coming home, but Ko made a 20-foot curling birdie putt on the 15th to push her ahead for good.

“I just tried to focus on me and play the best golf I can,” Ko said afterward. “I know at points it was a bit of a grind, but I’m glad I could get that done.”

It was a bit of a grind, right up to the final hole for Ko, who missed the 18th green, short-sided in a bunker. With Kang staring down a 15-foot birdie try, Ko splashed a high, spinny shot from the sand to a couple feet. When Kang missed her attempt, it was just a formality from there.

When asked after the round about if she’s back to feeling like herself, now nine months removed from snapping a lengthy winless streak, Ko admitted there had been plenty of internal questioning in the past.

“I think last year was kind of a big turn around year for me,” she said. “And even the fall of 2020, when we had that long time off I think it was kind of a time for me to look back at ‘What are the things for me to work on?’ and just take a whole new approach to things.

“I started working with Sean [Foley] and I think he’s been a huge help in the technical standpoint, getting me to a point where it feels natural and I’m not trying to make positions. At the same time him clearing some of the questions and not so good ideas in my head as well. I feel like it’s been much more consistent … When you keep knocking on the door you feel like it’s going to open.”

A lot of pros keep that final sentence as their motto in contention: Keep knocking on the door, it’ll open eventually. Only so many pros are good enough to walk through it, though. Ko has now done it 17 times, an astonishing tally before her 25th birthday. 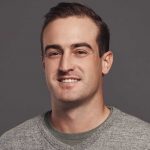 How questionable decisions led to Rory McIlroy’s collapse in Dubai

Ko holds off Kang to win at Boca Rio on LPGA