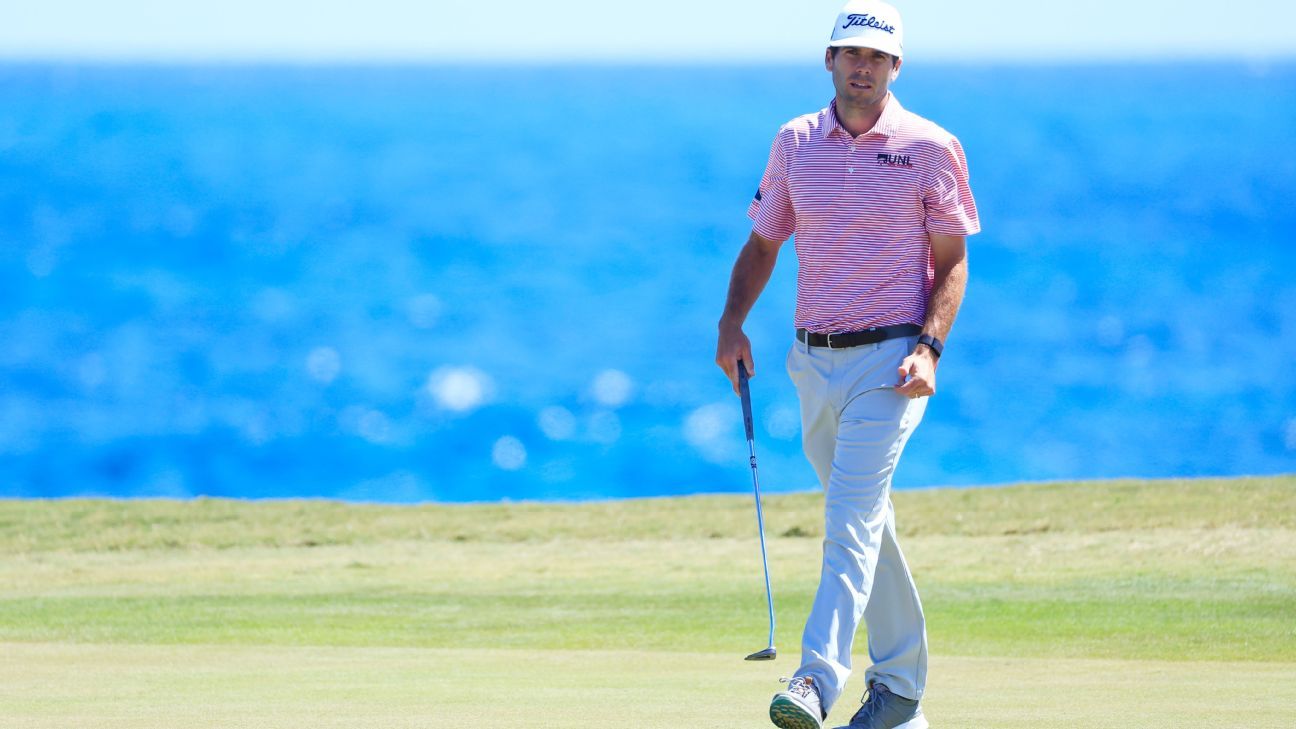 PUNTA CANA, Dominican Republic — Ben Martin shot his second straight 6-under 66 on Friday to double his lead to 2 strokes in the PGA Tour’s Corales Puntacana Championship.

Martin had four birdies in a late five-hole stretch, finishing the afternoon round on the front nine at breezy Corales Golf Course.

“I think the course was playing a little easier,” Martin said. “The wind was up yesterday morning more than it was this afternoon. But it was starting to dry out some in the afternoon, so a little give and take there.”

He began the late run with a birdie on the par-5 fourth and added three more on the par-4 sixth, par-5 seventh and par-4 eighth. He also started fast, birdieing the first three holes.

“I’ve just been in a great mindset,” Martin said. “I think more than anything, my swing feels in a good place, I’m rolling it nice. So everything kind of feels easy and I’m not putting too much pressure on myself and making some birdies when I have chances, but not trying to do too much.”

The 34-year-old former Clemson player has made only one other PGA Tour start this year, missing the cut in Puerto Rico with rounds of 78 and 70. He won the 2014 Shriners Hospitals for Children Open for his lone PGA Tour title.

“Not having a great status, I think that motivated me to get back out,” Martin said. “I would say over the last six months sort of I’ve been working harder, working smarter than I have in the past four or five years.”

Alex Smalley was second at 10 under after a 65. The tour rookie out of Duke countered an opening double bogey with an eagle on No. 4 and closed with birdies on Nos. 7 and 9. On his first hole, his mother helped him by finding his ball in a bush.

“Not how I wanted to start, not super happy, but she saved me a good 190-yard walk,” Smalley said.

Chad Ramey (65) and Adam Schenk (68) were 9 under. Schenk also eagled the fourth. He advanced to the weekend for the third time in his past 10 starts.

“Just play your game and just worry about yourself,” Schenk said. “I look at handling 18 situations, 18 holes and just handle each situation you get on every hole just to the best of your ability and kind of block out the rest.”

Graeme McDowell, the 2019 winner, was 8 under after his second 68. He birdied four of his last five holes.

“Key finish to get my momentum back moving into the weekend,” McDowell said. “Continuing to feel very comfortable, like the way the greens are setting up, driving it really well and just got to keep doing more of the same really.”

Nicolai Hojgaard of Denmark, the highest-ranked player in the field at No. 77 in the world, missed the cut by a stroke with rounds of 73 and 71. His twin brother, Rasmus, was 4 under after a 67.

With the tournament being played opposite the Match Play event in Austin, Texas, the winner will be exempt into the PGA Championship but not the Masters.

Defending champion Joel Dahmen withdrew because of illness. He opened with a 71.